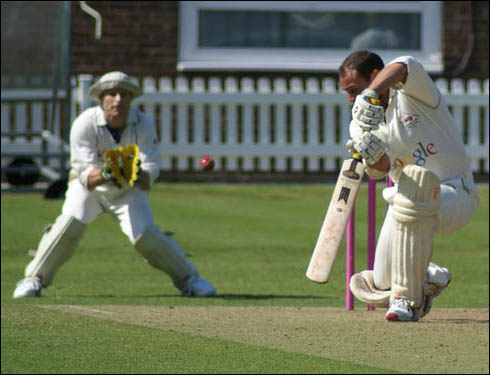 What the âLeaderâ failed to comment on as a âLeaderâ was the news that âTax Freedom Dayâ has lurched forward to May 30th this year. That is five whole months when you will work as a serf to the State your overlord and receive no reward for your labours.

This is undeniable evidence that the State is still growing. The Cameronian Conservative party has failed to check public spending, every morning another special interest group from the public sector is on the BBC predicting disaster for the country if they are not allowed to carry on sucking at the teat of the state.

Cameron and âfair and greenerâ Clegg are indulging in âbread and circusesâ politics whilst watching the State expand like a cancer.

I predict that in thirty years the State papers will show dithering and indecision masked by a desperation to keep rolling out âgood newsâ as benefits a former PR man.

Oldham and Saddleworth coming hard on a VAT rise is going to give âNew Hardlineâ Labour a victory, in the immature belief that tax and burn will solve everything. All that is being asked of you is to vote for whichever speed of growth of the State you want.

@Pericles â Iâve read a LOT of Peter Simple (blessings upon his memory) but
I donât remember East Dumbodia. Are you sure that was one of his?

I concern myself with our situation as much as the next person. I care for
the success of our government more than most.

The cricket result has made my winter. It was a rare event and a special
one. It has held my attention and thoughts as much as anything. More than the
burst pipes in Northern Ireland. Something that will be resolved soon and
affects only those without water.

So in short, bollocks. Perfectly worthy news story and Cameron is right, it
was a great late Christmas present.

ââ¦Cameron is right, it was a great late Christmas present.â

Although, if you donât care for cricket (or any sport, much) itâs rather
like those presents that you smile and thank the giver for, then quickly
recycle to the nearest charity shop or boot sale.

Yes I suppose it is.
Cameron can play cricket, he strikes me as a
genuine admirer of sport. I therefore take what he said as sincere.
But
either way, the the worst case is you had the misfortune to hear an
extraneous sentence. Hardly significant, blog worthy, or a sign of
âComical Ali like propagandaâ and âbread and circusâ.

If reporting of Englandâs Ashes triumph is over the top, just imagine the
hype and hyperbole there would be if, by some miracle, the football team won
somethingâ¦..

It took the last government the best part of a decade to increase the
nationâs tax-take from about 37% to about 48% of GDP. Reversing that wonât
happen in six months. Give âem a chance.

I did- but they have made no attempt put the growth of the State into
reverse, nor end a ruinous war.

They have however done knee jerk âmust do somethingâ
pronouncements.
Fining BAA Â£65m and introducing more regulation because
of 100mm of snow.

âI am not a Libertarianâ Dave, is as much an Authoritarian as your
average social democrat, but with added PR. The Tories wanted a Tony Blair
type, and have got one.

In the same way that you canât do a handbrake turn in a supertanker,
reversing the decline of an economy as big as the UKâs is a gradual
process. Itâs far quicker to rack up debt than to apply the brakes, and it
takes far longer to repay it (as many a mug has discovered with credit
cards).

I say again, give âem a chance.

Remember, following the proud traditions of the last government, the squad
of the MCC, England or whatever should be awarded a knighthood at the very
least ot maybe even peerages all round!
All this for doing their job! Hang
on, can I have a peerage please? I reconciled my companyâs bank statement
before Christmas.

That will be Â£1m thank you very much

It is hard times, at least enjoy the M.C.C victory. Nothing wrong there

I did- but it is hardly top line news is it.

That is a cheap comparison. Actually a retarded one.

First of all, Comical Ali was lying, as far as I can tell we did
actually win the fourth test to retain the urn.
Second, where is the
âmanipulationâ?? The national team just achieved something for the first
time in a generation, something that makes a few million happy. Tell me
why reporting it is manipulation? Is it shielding a disaster? Protecting a
politician? Was the coverage so blanket the vital news was smothered?

There is some irony here. Under the pressure to fill the time the news
media spins any crumb into a major story. Whilst commenting on this trait
in order to fill your blog quota, you have turned a nothing into a pseudo
something.

âthe coalition has failedâ after 9 months? For godâs sake get a grip,
woman! What did you expect â tax-cuts? with the deficit still where it is.
Both parties in government promised tax RISES to cut the deficit, and spending
cuts.

Tax freedom day advancing by 3 days is a sad legacy of Labour, not the
fault of the coalition, and to suggest otherwise is the kind of unthinking
rank ignorance that will get you expunged from the reader.

Theyâve âfailedâ in the sense that they are showing themselves to be
every bit as authoritarian and spendthrift (and free with bonkers ideas) as
the last lot, surely?

Jackart,
Andrew Withers, the author of this piece, has been accused of
many things, but I have it on good authority, though cannot personally
confirm, you understand, that he is absolutely not a woman to get a grip or
otherwise.
I will double check with my saucesâ¦â¦.

âI have it on good authority that he is absolutely not a womanâ â Well
he certainly didnât look like one when I met him!

Can neither read or comprehend.

Jackart- as a long term apologist for the Conservatives, in their current
form as a left of centre social democrat party- cannot begin to comprehend
that a 2.5% hike in VAT has an effect in damping down recovery and extending
tax freedom day to nearly half the year.

Nor can you comprehend that the Empire is dead, and that the Union flag
has to be hauled down on the North-West Frontier.

The Conservative âeconomic hopeâ is that private industry is going to
pick up the slack of public sector unemployment. It will not. Laying off the
public sector is going to be costly in terms of redundancy payments etc then
these people will need retraining in the world of âreal workâ.

Companies are voting with their feet, one in five financial companies are
relocating out of the UK, even HSBC are reviewing staying here.

Expunge away, if you cannot read the runes.

I am confused, you have written off the coalition because they âhave
made no attempt put the growth of the State into reverseâ.

You also seemingly condemn them because âLaying off the public sector
is going to be costly in terms of redundancy payments etc then these
people will need retraining in the world of âreal workâ.â (presumably
retrained by the state?)

Am I reading you wrong or is this a fairly self-contradictory position?
This by the way is to ignore the fact that most of the planned lay-offs
are not formal redundancies.

âNor can you comprehend that the Empire is dead, and that the Union
flag has to be hauled down on the North-West Frontier.â

To describe our actions in Afghanistan as an extension of our previous
imperial policies is incredibly cheap or/and stupid. It makes no sense and
cannot really be justified.

Also to describe it as âruinousâ is simply hyperbolic. It is no such
thing. Its cost in both blood and treasure are comparably light, about the
same turnover as Northern Island in the former and a scratch from the DSS
budget in the latter. Perhaps unwelcome depending on your opinion, but
ruinous? Donât let the facts get in the way.

Basically you seem to just make it up to suit your position. Not really
up to the Raccoon standards in my rarely humble opinion.

What I found amazing this morning was that every B.B.C. news bulletin was
headed by the M.C.C. victory in the Ashes series â at a time when so much of
real consequence is happening in the World.

At one point Harriet Cass ended the piece about the Ashes and then said,
â40,000 people â¦â  I could hardly believe my ears ;  thought
she was about to say, ââ¦ are believed to have been killed in the earthquake
that swept Eastern Dumbodia yester-day.â  Ah, but you have to have read
Peter Simple to understand that reference.

(It turned out, by the way, to be 40,000 residents of Northern Ireland,
without water owing a surfeit of burst pipes.)