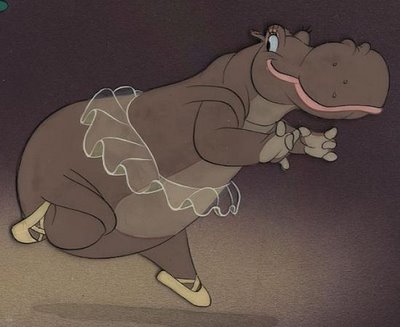 There is no cut in front line services occasioned by Gordon Brown’s profligate spending that is more keenly felt by service users than the absence of Ms Smudd from these pages.

Regrettably, after a lifetime of proudly cheerful indolence, the Smudd has been forced by economic circumstances down the shameful path of gainful full-time employment. The Smuddlets grow ever heftier with each passing Christmas and more demanding in the matter of bribes to remain in the family bloat.

I had resisted the temptation to comment on this sad state of affairs beforehand, for Ms Smudd was insistent that I did not identify the pole dancing club concerned for fear that I would inadvertently reveal her occupation, but the publication of the full Health and Safety report into the unfortunate incident in her first week has put paid to that anonymity.

Despite the P.45 that her erstwhile employers were cruel enough to deliver to her hospital bedside, her background in formation dancing has resulted in a second opportunity; standing in – not for Anne Widdicombe as some have been unkind enough to suggest – but for the fourth hippo from the left in BBC One’s circle of swimming Hippopotamus.

There are amongst you others who have faced this demeaning situation and recovered to tell the tale, emerging stronger than ever from the tribulation – hopefully Ms Smudd will be in the convalescent stage after Christmas and feel strong enough to grace these pages with her wit and wisdom once more.

In the meantime, I open the comments to this page as a Book of Condolences, where the many who have enquired as to the reason for her absence can offer her words of encouragement as she battles this traumatic turn of events….

[email protected] “They are a bugger in a high wind, though.”
………
Which brings me
neatly to the medical verdict on my condition following the nasty ‘fall
astride’ an inadequately-secured scaffolding-pole which is either down to, or
has left me with, the following:
1. A fractured grasp of reality
2. A
bruised ego
3. ‘Desperate Dan’ chin and teeth configuration
4. Poor
eyesight
5. A very weak intellect

I think that’s quite enough to be going on with.

It’s a tricky business, exotic dancing and, let’s face it, none of us are
getting any younger.

People don’t appreciate that whether one is dancing on a table top or
pirouetting with a python, things can go wrong. A dribble of cider under a
spiked heel will see a girl skidding down the banquetting table, scattering
cheesey wotsits and prawn-flavour crackers like a skier through powder snow.

Snakes, normally the most somnolent of dancing partners, can suddenly wake
up and want a snack. It’s always a theoretical possibility, of course, since
one generally dances with a snake which has finished digesting dinner some
time ago. The public don’t like to see suspicious bulges. One gets round this
by having two snakes, fed alternately, but when you are starting out it’s hard
enough to afford one serpent, let alone two. You just can’t fool the public
with a draught-excluder, not since David Attenborough insisted on making all
those wildlife programmes. Anyway, the risk is they get that frisky look their
little beady eyes and you’ve got barely minutes to get to the spare mouse out
of your handbag and distract them with it before you black out. And the snakes
are just as bad as the customers.

No, when time is marching on what you need to perfect is the fan-dance, if
only because the fans can be spread as necessary. They are a bugger in a high
wind, though.

WOR, I had you down as more of a Burlesque sort of a girl !

I think I have more sympathy for the poor pole!

It’s the grease they put on the pole that caused the accident.

Is The Pole alright?

Far from it, it is an ex-pole!

Sick in Transit Gloria Muddi.  Heh !  Come back with that
coat !

Now is the winter of our discontent made more Gloria……………I’l get my
coat.