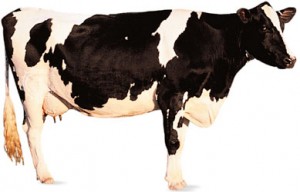 I have driven back from a meeting in Cheltenham and was listening to a programme on ‘the middle classes’, the kick off point for the piece was a definition of what it was to be middle class.

Somebody who had a whitecollar job, was paid monthly and had a mortgage ventured some ‘bright’ academic, somebody who was liberal, valued education wanted to take responsibility for their lives, lived green lives , ate cous cous ventured another.

I started thinking about my own definition.

That of Milch Cow

The working classes (a diminishing resource in this day and age) know what they want, they want ‘looking after’ by the State, they don’t want personal responsibility because they have rights and entitlements. If they cannot get a job it is up to the State to provide ‘free’ everything. They have the right to have kids, the right to not to acquire too many skills beyond that of the three ‘R’s. They have the Labour Party and the Trades Unions to keep them were they want to be dependent, poor and with limited horizons. The Middle Classes can pay.

The upper classes they also know what they want, they want to be ‘ in charge’ by God’s own ordnance. They will organise their financial affairs in the most ‘tax efficient’ way a la Millibands. Whilst they are ‘in charge’ they can screw up the economy, the banks, start wars, it matters not a jot, they have the Tory/Labour Party and besides the Middle Classes can pay.

Then there is the vast raft of the Middle classes, largely apolitical, subscribe to the ‘mustn’t grumble’ political philosophy of the never getting angry. They get in debt through crushing mortgages and university fees, but never talk about it, because they are the only ones out of the whole of the middle classes that are struggling, WRONG they are the coping classes who have been shafted royally by the see-saw of successive Lab/Con Governments. They are the easy targets. Like the grey vote. They will not complain ever, even while they are having their financial teeth kicked in by Nu Labour/Cons/Social Democrats.

They cutely believe that they live in a free country despite all evidence to the contrary. They believe that British is best even though seventy five per cent of British manufacturing&nbsp; is owned by foreigners and that the Queen is Head of State not the European Commission.

Is there the slightest chance that Jonty and Isabella might be getting the message, that no matter how broke they personally are, the State and the Banks are going to ask for even more money next year. At what stage do the Middle Classes say enough is enough, there has to be a better way.

I have long believed that it’s what you do with your money that denotes
your class, and not how much of it you’ve got.

Personally, I spend all of my money on fags and booze and feeding the dogs
and the horses. This undoubtedly makes me upper class.

True wealth is how much land you may call your own.
For example a
medieval freeman had 15 strips of land plus his home plot.
That’s a lot of
land = wealth.
A modern middle class man has 10 M2 if he’s lucky.
The
trick is in the gadgets from automobiles to phones,cheaply produced shiny
articles giving the illusion of wealth .
We are getting less and less in
real terms .
Yep it is all a big con.

The Yanks have a simple definition of middle class : the middle 3/5ths of
the income distribution.

The Yanks have a simple definition of middle class : the middle 3/5ths of
the income distribution.

‘Middle class’ is a buttering up of those getting poorer by making them
feel that they have made progress… so that they can be taxed more without them
complaining about it.

Houses designed for milkmen now shelter stock brokers… and they feel smug
about it !

I think your definition of the working classes is both wrong and
insulting.

A sense of pride, self reliance and belief in the value of education can be
found across all strata of society.

The Lower Class pay little tax because most of their income is from
Benefits.

Those who are left are the Middle Class.