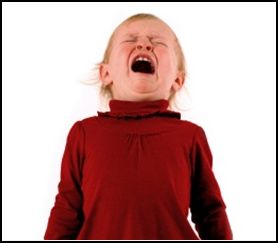 Emily Barr is part of the brave new world of journalism. Not for her the 60s ‘use your initiative’, tear the world map out of the Shorter  Oxford English Dictionary, beg, borrow and steal, hitch lifts across communist Russia, sleeping in communal tents with 23 Latvian lorry drivers, flog your Levi’s in Istanbul,  and swap tips in the Pudding Club as how best to travel onto India and arrive intact.

Nope, none of that for Emily. Emily phoned up her travel editor (she already had a job on the Guardian, naturally) offered to write 1,000 words every two weeks (would she have time to relax and enjoy the journey – I fret?) sold her car (she had one!) and bought a plane ticket (direct flight, naturally) to India.  There she was, she admits ‘terrified’ – away from familiar ‘sights and sounds’.   There is, after all, nothing like a long haul British Airways in-flight meal to scare the pants off you.

However, Emily survived. She got on a bicycle. All by herself. Gosh. She worked on the set of a British film. Gosh. She spent 24 hours as the ‘lone foreigner on a train’. Golly Gosh. My admiration for her adventurous spirit knows no bounds. Practically following in the footsteps of Stanley Livingstone.

Take your heart out of your mouth, the perils of Emily came to an end, for she met the chivalrous James, a nice safe Welshman, and continued her travels with him firmly by her side. She now ‘avoided long-haul flights for environmental and sanity reasons’ (stop sniggering in the back there) and settled for a real adventure in that foreign country not 20 miles from England.

In no time at all, she had taken even more risks, and got pregnant. Again and again. I heartily suspect a caesarean in that nice Portland clinic rather than under an African Baobab tree, but there you go, I could be wrong, it could have been one of the World Health Organisation’s acknowledged ‘finest hospitals in the world’ – the local French maternity unit. Scary!

Little Gabriel appeared, first of the second generation of Barr risk takers. The adventurous genes were instantly apparent. Gabriel braved the French maternelle or Nursery school. It was a great success, he slept most of the afternoon after a three course lunch, and danced and painted, and learnt to write his name. Then he turned 6 and went to ‘proper school’.

Disaster! The perils of travelling ‘abroad’ with young children hit home. What had Emily, far from the reassuring Fabian society of Britain, inflicted on her vulnerable young? Can you believe that the school only ‘taught’ and everything else was down to the parents? What kind of society is that? Parents expected to provide educational entertainment for their children, no music, no clubs, no more face painting and after lunch naps?

At 6 years old young Gabriel was expected to sit at a desk all on his own, pay attention, and learn something! If anyone misbehaved they were publicly identified and their name written on the backboard. Inhumane!

His teacher used a cane – panic not, not on the children, but to point at words on the blackboard in a way that young Gabriel found positively threatening – and this in a European country!

“The teacher came down harshly on anyone who did not get to grips with the subject, or did not behave acceptably: there was always a “naughty list” on the board, never a “good list”.”

The teachers ‘marked with negativity and harshness’- No! Gabriel you don’t get a gold star for telling me two and two make 3 – Gabriel’s confidence plummeted.

“He cast around for reasons not to go. He invented headaches, stomach ailments. I sometimes let him stay at home, but often sent him in because I had to work.”

Proving that even Guardianistas are not completely heartless and determined to impose their lifestyle on everyone else, Emily and James made the only decision they could under the circumstances.

“Gabe’s unhappiness propelled us home sooner than we anticipated”

Little Gabriel is happy once more, ensconced in a school with a vegetable garden, and an art room and a playground – and a ‘pastoral ethos’, none of that ‘third world’ nonsense of expecting parents to play their part.

“Gabe is happy, and there are no “boring” reading books.”

Little Gabe has probably already got a Gold star for thinking that ‘two and two’ might be ‘seven’ …..

Another Gold Star for the best suggestion as to what Little Gabe will be when he grows up.

Thems Frenchies is bastards! After hearing about Gabe’s sickening
experiences at the hands of a proper french teacher, I’ll never eat garlic
again. No pastoral care for 6 year olds??? It’s hard to believe that the EU
have not come down on them like a ton of bricks for that. Fancy teachers
actually teaching in this day and age!

Gabe clearly needs to be rescued by Social Services and placed in the care
of foster parents residing on Earth.

Unemployable, and bursting with self esteem?

Cornwall is littered with tree-hugging failures from elsewhere. Why are we
so lucky?

Maybe because you are burr-illiant?

How’s about a Teacher? The don’t appear to need to know much these
days.

Well spotted. Start with words beginning with “A”. Then you can get
banned instead of me.

The crystal ball is somewhat hazy around the edges, but slap bang in the
middle I see the Holland Park secondary school…

You think so? I’m picturing a nice boarding school somewhere in the
country where Little Gabe can do lots of lovely activities and stay out of
Mummy’s hair while making her very, very proud.

Guardianistas preach against the independent sector, but it’s amazing how
often the little darling’s delicacy/artistic talent/newly-discovered
dyslexia means that a private school is ‘the only option’.

“Another Gold Star for the best suggestion as to what Little Gabe will
be when he grows up.”

I’m hoping he’ll buck the prevailing trend, look at his parents and say
‘Sod that for a game of soldiers! I’m going to go to Canada and be a
lumberjack!’…

With any luck, in his teens he’ll question the Fabian mores of his
parent(s) and end up as a libertarian or anarchist blogger. If that is the
case, I wish him well.

In autumn the blogger’s fancy lightly turns to thoughts of education –
seems everyone’s at it this week.

No predictions for little Gabe’s future, but I predict much trouble for his
future teachers if he turns out less than perfect.

Little Gabe will be working at the leftwing BBC as he wants to be a Time
Lord. The next DG?

Oh O, it is a follow FT day today it would seem, Hi FT (and again I agree
with you), not an easy thing to do, follow FT he often grabs the best lines I
have noted!
Perhaps the little darling would like to be aTravel Writer,
following in mummies and daddies famous footsteps, forgeing his way through
distant Devon and even maybe Zummerzett and eventually all the way to Head
Office to pick up his pay check at the Grauniad!

He’ll probably be failing to graduate from Uni, just in time to replace
Polly , (who failed to graduate from Uni), as do as I say, not as I do ,
talking head at the grauniad.
Remember, lack of talent or experience of
the real world, are no handicap to a commited champagne socialist.

To think we had an Empire that was once predicated on getting on a leaky
wooden ship to settle in new lands !

XX Another Gold Star for the best suggestion as to what Little Gabe will be
when he grows up.XX

We do not need it’s likes in the gene pool.

Gad Cato, I just rechecked all my copy – I’m so neurotic about my
aberant apostrophes that I automatically thought you meant me! Phew!

Jeez, I can’t even get that right this morning!

Gabe will be a journalist on a national paper (if they still exist) as he
had the foresight to pick parents with the right connections and enough
money to subsidise for his internships. Or he could write a well reviewed
(connections again) novel in his teens. That’s fair in the media world.

Obviously a riter four teh Gardain.