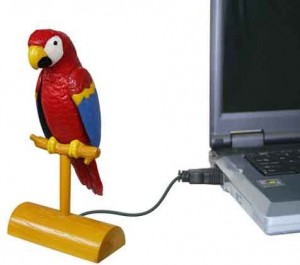 He was known as Red McBroon, and he made the Party swoon
Though his cowardice had long begun to smell
But for all he was a wanker he was feted by the bankers
And Polly Toynbee smiled on him as well

He’d been stringing her along with his socialism strong
She’d swallowed all he put into her head
When she judged Blair’s time was short, she said Broon had her support
Provided he would prove himself True Red

On the night of the debate, Red McBroon was in a state,
His followers could bring mad Tony down
But he’d never in his life had the balls to wield the knife
For he knew the wielder never wears the crown

When it came to the division, courage gave way to ambition
And his scruples failed as surely as his balls
When she heard them read the vote, fury welled up in her throat
And ‘betrayal!’ was her cry around the halls

Now Hell it hath no fury like a jilted Polly Toynbee
First Blair and now McBroon had sold his soul
As she stomped off in the night, for her op-ed piece to write
She vowed vengeance on the yellow Scots arsehole

There’s a one-eyed yellow Scotsman of a dour and sullen hue
There’s a stench of pious bullshit all around
There’s a broken-hearted woman dreams of socialism true
And the yellow Scot forever lets her down.

This weird grey thingy has suddenly appeared on the starboard side of the
bridge window (position:fixed) ;  when I

Pericles,
I fear Ms Raccoon might have a tape worm…….

So long as it

My cats are due for their worming pills, Anna: since I shall, in any
case, be taking my life into my hands by ‘simply popping the tablets
into their mouths and persuading them to swallow’, if you care to pop
round on Sunday and don’t mind being wrapped in a towel and held between
my knees to minimise your teeth-and-claw struggle, I might have a dose
of wormer going spare…..

Be aware, in my present mood, I shall probably have you in A &
E before you have successfully got me to take the pill……

Your digestive-efficiency will just have to go to Raccoon ruin in
that case. I wasn’t sure my cat-towel wouldn’t give-way as it happens,
so I’m quietly rather relieved I don’t have to wrestle an Uzi-toting
combat-raccoon.

To me the very mention of Polly Toynbee is akin to blowing my nose
on a
tramps truss.
If she has friends my faith in our species is most severely
tested.

Laugh? I nearly passed my fags round! er – can you still say that without
being banged up?

I think you may but you might have to issue a statement explaining why
you had a pack of them in your hotel room.

Just say it was an error of judgment.

You only get banged up if you have fags with no cannabis in them.

Out-fucking-standing, as my dear old granny used to say.

Polly Toynbee has got to be in contention for the title of the Most Stupid
Woman in Britain. And that includes Harridan Harmsmen, Katherine Rake and all
the other Righteous Cretins in the Fawcett Society!!!!

May I add Joan Smith and Yasmin Alhibai-Brown to your illustrious
list?

Kipling returns or is it reincarnation?