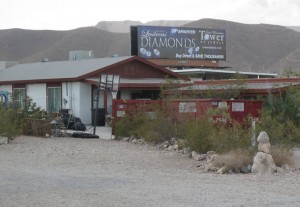 Cadaver dogs perform a grim but essential task â locating the presence of human remains, even minute particles of human remains. In America, the cadaver dogs first achieved national recognition in the aftermath of 9/11, helping to locate partial remains and thus confirm the death of missing people.

These dogs have gained a considerable fan-club, and it is oft quoted that âthe dogs donât lieâ. Maybe they donât have the capacity to lie â but neither can they always be relied upon to tell the truth.

In America a four month search for a missing woman came to a grisly end when her husband spotted her foot sticking out of a pile of rubbish in their home â a house that the police and specialised cadaver dogs had searched several times already.

Dogs that are apparently able to search the rubble of a 110 story building for minute particles of human remains, had failed to locate an entire body hidden beneath a mound of rubbish inside the house pictured above. Apparently food, clothing and decomposing garbage had hindered their accuracy.

âThese dogs have gained a considerable fan-club, and it is oft quoted that

I expect that the rubbish fell on her, and then shifted again as the body
decayed.

I think the point is that this house was searched three times at least. But
apparently the decaying vegetable and other matter confused the dogs.

However, the one thing we can be sure of is that Cadaver Dogs wonât find a
Cadaver if there isnât one to find.

It would appear the American police used guide dogs in their search if they
were unable to spot a foot sticking out from a pile of rubbish (âBut we were
told to look for a bodyâ). One can google many cases of police failing to find
bodies in cars that crash off road.

I can see how police could fail to spot a body ejected from a car in a
crash, as they would not know how many people they were looking for. In this
case, they had a specific individual to search for, and a building to search
in. I canât believe that the search team (whether or not the dogs were any
good) would fail to spot a âfoot sticking outâ that the husband could just
stumble across later on after the search team had gone home. As one of the
commenters on the original story says, it would be worth while examining the
contents of any freezers in the vicinity and noting any large, empty
spaces.

So the dogs missed the presence of the body â and yet the husband happens
to see a foot sticking out that no-one else (including the dogs) had noticed?
My house isnât the tidiest of places, but I think I would notice a human foot
sticking out of somewhere, especially if I were searching for a missing
person. More to this than meets the eye, I think. My guess is that the dogs
were correct and there was no body to find. Someone moved it later and then
the husband âfoundâ it.

I just read the article. This case smells, also figuratively
speaking.
And I send my own little Miss Marple in Las Vegas an email,
asking for local information

Oh My, Theyâll have fun debunking this.

If the dogs canât find a corpse when there is one, what use are they when
there isnât?

All sorts of sniffer dogs are known to make âfalse negativesâ from time to
time. So-called âfalse positivesâ are very rare, though.

I do find it a very strange story on several accounts. For one, the husband
himself, who had been unable to locate his wife in his own house â¦