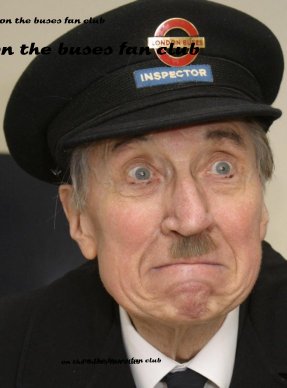 The Big Society is about a huge culture change…

…don’t always turn to officials, local authorities or central government for answers to the problems they face …

…but instead feel both free and powerful enough to help themselves and their own communities.

So far today, we have Dudley resident’s told not to cut the grass outside their houses:

Furious residents are lining up their lawnmowers to defy a Black Country council’s warning not to cut overgrown grass which has turned their street into an eyesore.

They have been told it is too dangerous for them to take matters into their own hands and tidy up the “appalling” overgrown grass verge outside their homes.

Dudley Council has stopped mowing the steep verge in Coldstream Drive, Wordsley, and told residents they will be breaking health and safety rules if they go ahead and cut it themselves.

But Carol Bradley, aged 60, and her neighbours are determined to get the mess outside their houses cleared and have vowed to “fight tooth and nail”.

They have even offered to pay up to £200 for a contractor to clear the grass but the council refused.

Then in Havering, we have a pensioner told off for planting flowers on a patch of wasteland:

Estates officer Jeff McCarthy told her in a letter: “Whilst I can see the work carried out by you is to a good standard it was carried out without prior permission and if this was requested authorisation would not have been given.”

Is iDave going to give these pensioners advice on how to stand up to bullying local councils so that they can feel ‘free and powerful enough to help themselves’?

And I am working hard on helping another pensioner to withstand a bullying council – more coming on Sunday morning – Watch This Space!

A+ would read again

Meawhile as people get more desperate for and the unemployment figure stays
stubbornly high the authoritarian left are lining up to oppose any limit on
immigrant numbers.
It looks like we’re stuck with Dave and his big society
because the alternative doesn’t bear thinking about.

Thanks, English Viking….pity I confused the two which I often do

)
Pity about the cigar too because I smoke them from time to time but,
don’t worry, I have a good cache!
And yes, I’m quite old & doubt that I
shall see the bloody, & deserved, come-uppance….It is enough to have lived
through this appalling tragedy.

Next time you light up, take a drink with me. For all the old soldiers,
for the battles won, and lost.

Most of all, take one for yourself, and make sure you have made your
peace with God.

I’m raising my glass to you, now. Your good health, Sir.

Okay, forget the Lawn Mowers. Get the women out there with their petrol
driven Brush Cutters and Chain Saws. That’ll give Elf and Safety a heart
attack.

This is what happens when a nation loses its marbles, embraces the
‘free-lunch’ pholosophy & rights without responsibility (wassat?). It
autodestructs.
The people of Britain have no-one to blame but themselves
& I have no sympathy…they sowed the wind.
Ben Franklin (who he?) put it
clearly many years ago: “The price of Freedom is eternal vigilance.”
Like a
burned out star Britain will implode…but not before a conflagration which, I
thank the gods, I shall not be here to see.
A tragedy, more so because it
was avoidable. Far, far too late now.

Close, but no cigar; it was Thomas Jefferson.

You are correct concerning the coming destruction, although unless you
are exceptionally old or, God forbid, sick, I’m quite sure you’ll live to
see it.

Spot on . However, depressingly, permanentexpat has put his finger
squarely on the net result….stomps off into the woods again.

but I kinda get the “big society” concept. Ok – the name sucks and it is
misinterpreted, poorly understood, PR spin yada yada.,….

but how do we change a culture of dependency? We have to get smaller units
of people to to deal with issues that affect them. And it will start small –
and take years……..

Scrap the Big Society and Just Get On With It. He’s not him, as we used to say about
our classmate, Adrian Hitler.

Everybody who receives such correspondence should send a copy to Eric
Pickles then phone the writer to advise them. Let the fun begin.

Spot on Anna
Last time I heard about “Big Society” some pensioners had
been forbidden from cutting the out of control grass near their houses on “Elf
and Safety” grounds. So the grass is uncut, the place looks unsightly, the
rats roam etc
Can we please scrap “the Big Society” iDave (only a Toff
could come up with that – try and get into a May Ball on the grounds that you
are part of the Big Society and see where you get, ) and scrap all the “Tsars”
and Task Forces and just have some common sense? But, although I’ll get stick
for it on a Libertarian site, can we have one all powerful Totalitarian
Stalinist Apparatchik with a staff of very sinister men (and women) in black
who can act without restraint? Yes, me! With one all powerful rubber stamp
which must be obeyed by all Jobsworths, Quangos, Council Officials etc – on
pain of death at the hand of the “Persons Of Non Specific Gender Allocation In
Black”: It would just read:
“Don’t be so bl****y stupid!”
Gildas the
Tired and Ranting!
Grrr!

For me this would be a perfect storm of revolution …. may I suggest that we
promote ‘subversive gardening’ on all derelict local council and government
owned land. Litter-pick, mow and cultivate every square yard of ‘common’ land.
And to hell with elf ‘n safety jobsworths – just do it.

I know this has been done on a small scale already, but it needs wider
organisation. For me it’s the most constructive form of resistance – brighten
your neighbourhood and to hell with authority.

may I suggest that we promote

yup – they can’t arrest us all for “planting with intent”

The perfect revolution will not involve gardening, unless you count the
digging of mass graves as horticulture.

Call it ‘guerilla fertilization’ instead…

We have guerilla gardners all over the place down here in these necks of
the woods, they know better than to pull stunts like that here.

Anna, so much of what iDave proposes is a load of PR ‘spheroids’ anyway.
Surely it has not taken you this long to ‘cotton on’?

Unfortunately we are in the same position as (above, forget his name) who
weekly cry was ‘I’ll get you Butler” and never did. For Butler, substitute
Cameron!