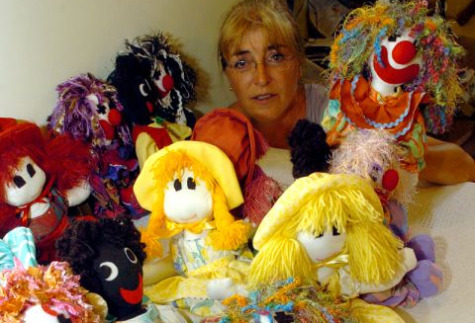 Black Dolls – known by most of us as Golliwogs – have been banned from a Shropshire country show after the organisers said they did not want them on sale for fear of causing offence.

“The committee is inclusive and values diversity.”

But heaven forbid we have any of that inclusivity or diversity amongst dolls. OK? Yellow ones, Green ones, Sky Blue Pink ones….any colour you want so long as it’s not Black.

I thought we were all supposed to be “colour blind” now. So how is any
particular colour more or less offensive than any other?

Unless the viewer/complainer is colour prejudiced of course.

As far as I’m aware Golliwogs were forbidden as part of the deal in joining
the common market, how many years ago was that??

When a society can embrace gangsta rap but be offended by gollywogs, it is
beyond parody.

indeed – but of course society is NOT offended by them.

I am personally offended. Is there any redress?

I’m pleased to see that there’s now clownist prejudice in that picture!

I wrote about golliwogs two years ago…

Have we been brainwashed into believing that golliwogs are offensive?