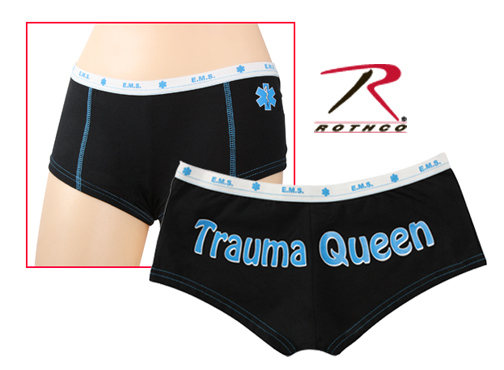 Ron Copsey has set himself up as an expert counsellor for those who have endured a particular kind of trauma.

Ron, you see has expert experience of this kind of trauma. It has taken him 10 years to recover. Now he wishes to help others.

What you may ask is the trauma involved?

Ron volunteered for the reality TV programme âCastawayâ. He volunteered to be one of 36 people whose every movement on a small island would be filmed by a TV crew and beamed out to the general public on a weekly basis.

The âtraumaâ came about when he found that he was âconstantly recognised by people whoâd seen the showâ and âlosing oneâs anonymity in this way can be scaryâ. You can see how someone would be traumatised to find that by appearing in a reality TV show they might lose their anonymityâ¦..

Ron descended into alcohol abuse and it took a trained therapist 18 months to guide him back to his previous calm, measured, reticent personality as befits a man who volunteered to appear as âthe only gay in the villageâ on a TV reality showâ¦..

Now fully recovered, Ron sued the production company for libel â they had cut a scene in such a way that it appeared that he had thrown a chair at a fellow member of the castaways, a dastardly calumny which would naturally tend to lower Mr Copsey in the opinion of right-thinking members of society; when in fact, by his own admission, he had thrown the chair at a member of the production company â a perfectly reasonable and laudable action. He received Â£16,000 in compensation for the damage to his reputationâ¦.

Â£16,000 does not last long, and now Mr Copsey has set himself up in business as a therapist specialising in aftercare for those who are terminally shocked to find that signing up to a reality show means that people are going to look at you, recognise you, and comment on your actionsâ¦â¦

Now he is writing about his plans in the Guardian. I hope he isnât too shocked to find that people will read his article, and comment on his words.

UPDATE: Mr Copsey has been in touch with me and asked me to make clear that,  in his own words:

Viewers were led to believe that, following Charlieâs death and being told about the vetâs bill, Iâd had a violent outburst and thrown a chair at a female Castaway. The row had actually been with a member of the production team, when I had thrown a chair â against a wall â and left the room. The programme-makers then cobbled this together with old footage of another Castaway crying, and saying that she was intimidated by me.

Therefore I can now correct myself and say that Mr Copsey aimed the chair at the wall, and naturally hit his target. As you would expect. No human beings were harmed or aimed at during the filming of this outburst for television.

It is not known whether the wall was intimidated by this action. Anna

It might be offensive to state that this ridiculous person is typical of
the monstrously selfish, self-absorbed, self-important and self-indulgent
creed of homosexual âvictimsâ whose âtravailsâ must be inflicted on us
all.

So I wonât state this â I will just let you know I am thinking it.

Its moments like these that I get a warm feeling inside and thank god I
have no idea who this person is or what the show was about.

I have to admit to only watching a couple of programmes of the Castaways.
What I mean is that anyone who volunteers for such a programme wants their 15
minutes of fame and I havenât had mine yet! Iâd prefer mine to be in a sexy
context rather than any other. I can but dream.

Why did the programme makers pay him

If it is any comfort to Mr Wotsit, Iâve never heard of him or his show.

Thatâs nothing. I still get cousins complaining to me of the deep trauma I
caused by offering the advice that Santa Claus did not exist. As this was in
1940 and I was telling them he had been gunned down by Luftwaffe Messerschmitt
109â²s apparently this added to the issues. Will they ever forgive me?

Should such a wicked act ever be forgiven?

He did not âvolunteer(ed) to appear as

ââ¦when in fact, by his own admission, he had thrown the chair at a
member of the production companyâ¦â

Surely, the simple answer is to send him back to the deserted island, where
thereâd be no one to recognise him.