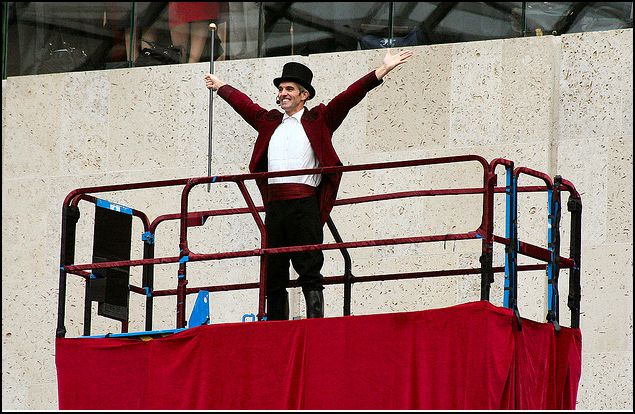 The Foreign & Commonwealth Office is a hugely expensive operation. Over Â£2 billion a year to maintain its offices in virtually every important city around the world and pay its expensively trained staff. It has a global network of embassies, high commissions and consulates that all support UK government policies, UK businesses and UK individuals overseas.

Every year it publishes a performance report to assess whether it has met its objectives; that of protecting British citizens abroad and of British companies looking for inward investment. The latest report shows that it has had considerable success measured against the targets for helping British businesses.

We, the British taxpayer, pay for this service to benefit all British citizens.

Wales, despite the best endeavours of the Welsh nationalists, is still part of the British Isles. That, I believe, is the reason why we provide many billions of âBritishâ tax payer funds to the Welsh assembly. True, the treasury does receive taxes from Welsh workers, but it does not amount to the total ârepatriatedâ to Wales.

Yet the Welsh Assembly now maintain separate offices in Sydney, Beijing, Shanghai, New York, Brussels (amongst others in Wales) at a cost of in excess of Â£16 million â  Â£849,ooo (which figure excludes the cost of staff )was on the exotic locations abroad!) Curiously, the log of these figures has now been removed from the WAG site, but the cached copy can still be seen HERE).  Apparently the purpose of these offices is to âraise the international profile of Wales and increase Walesâ influence on the world stage [â¦] as a place to live, work, study and do businessâ which is precisely the point of our hefty payment to the Foreign & Commonwealth Office. Indeed, the Welsh Assembly web site tells us that they âmaintain links between the Welsh Assembly Government and the Foreign and Commonwealth Officeâ â so why are we paying twice for the same product?

When I say âweâ, I am of course referring to the south-eastern English taxpayer, who shows a remarkable ability to subsidise Scotland, Northern Ireland, Wales, and indeed most of Northern England.

So my question for today is â rather than worry about independence for Wales, Scotland, or even Cornwall, why doesnât South-East England declare independence? Can anybody give me a good reason why not?

I quite like the sound of the âLibertarian State of Home Countiesâ.

I live in North Wales, and I am Welsh through and through, and I pray that
Wales is never given independence.

Why you ask, well one of the reasons is that they basically donât really
care for us up north. Parts of North Wales are closer not only in distance,
but economically as well with places like Manchester and Liverpool than with
Cardiff.

Over the years we have been dealt an unfair hand here, and if there was an
assembly we would want to be a part of, it would be in a North West Assembly
with the likes of Manchester and Liverpool.

You are talking through your hat, or you have believing what you read in
the Daily Torygraph and Mail, if you think that the SE of England subsidises
everywhere else, especially Scotland.

In fact Scotland subsidises the rest of the UK, and has done so for some
years.

It has taken years to rise the near real figures from The Treasury and
correct their errors and omissions but the GERS report is getting closer to
the truth nowadays.

The latest GERS report published in June 2010 makes it very plain that the
subsidy junkie is not Scotland and not for a long time, if at all.

The 2008/9 Gers Report show that Scotland

A lot of the popular myth of subsidised Scotland probably stems from the
Barnett Formula. It isnât a straightforward thing as it doesnât apply to all
Government spending. I canât remember the details but it is something along
the lines of it ignores central Government spending on Government
operations, which is predominately spent in England.

Can you tell me â do these figures include things like incapacity
benefits?

I am no expert.

This page from Parliament might help. It appears it
does not cover about half of UK Government spending, including defence
and social security.

Only bureaucrats and politicians could come up with such a Byzantine
system. The disparate levels of autonomy between devolved authorities
ensures plenty of work and power remains in Westminster. It is
incremental in nature too. This yearâs baseline is simply last yearâs
spending which is never going to encourage much effort made to
economise.

Alan,
I had a suspicion that social security wasnât included,
but couldnât find that chart this monring â thank-you.

The same is (or at least was) true of Yorkshire Forward and I expect of
other regional development agencies.

Until The City decides to declare UDI from the LSHC, and all the financial
institutions therein cease to pay any taxes. ??

Excellent idea. Until The City decides to declare UDI from the LSHC, and
all the financial institutions therein cease to pay any taxes outside their
sovereign territory. And cease to comply with any legislation passed outside
their sovereign territory. Of course, what theyâd then do for a water or
electricity supply or the disposal of their sewage is anyoneâs guess. Things
could get a little tense.

Given the the EUSSR has kindly undertaken to take care of foreign affairs
for all member states, under the statesmanlike leadership of Baroness Ashton
(âgravitas on two legsâ), we could save a fortune and scrap the whole
FCO.
I like the Holy Roman Republic of the Home Counties â but then weâd
have to have an ambassador to Wales â whoâd want that job!