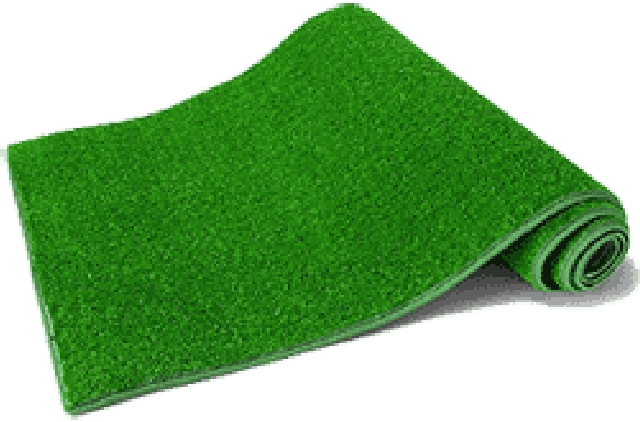 “Astroturfing” is the sort of mendacious behaviour usually associated with a new product launch, where hundreds of unnamed “consumers” proffer favourable opinions on the new product. Many years later, we discover that the people who offered said favourable opinions were actually employees of the company or members of their families, or even possibly friends of the employees doing their mates a small favour to help them be more successful.

It surely isn’t the sort of thing that our political lords and masters, all-wise and all-knowing would do, is it?

Of course it is!

The Identity and Passport Service (IPS) has finally responded to a Freedom of Information request relating to quotes on the ‘Using your identity card’ web page. The IPS was asked how many of the people quoted on the web page “work for IPS, the Home Office or any other government department or agency?” Their response: “We can confirm that eight of the nine people quoted on the website at the time either worked for the Identity and Passport Service (IPS), the Home Office or another government department or agency.”

The vast majority of people who were allegedly praising the new ID card and database to the skies were, in fact, the very people whose jobs depended on a mass take up of the invasive horror.

I am beginning to wonder if the real danger to the British people is not the politicians who aimlessly flap around in the foreground of the political classes, but rather the civil service mandarins who quietly get on with the job of making our lives miserable in the background.

But the basic idea has been around for donkey’s years. Remember those “off
the back of the van” sales that you used to get in markets? That lucky early
bidder who always got the real bargains — he was the spiv’s
brother-in-law.

Maybe this is another bunch of non-job wasters that Eric Pickles can
dispense with.

Sir Gus O’Donnell ought to give them a bollicking too.

The biggest threat to the nation is the stupidity of the people, who seem
to think that if you keep doing the same thing (voting for different colours
of scum) you will get a different result.

I hate to pick which is worst. But yes – given an engaged population they
should (in theory at least) be abled to deal with any of the other
three.

Actually I think that the lesser evil is on the political front – given
effective administration and a media whic is on the ball, they wont let
politicians get *too* far out of line.

My biggest concern is that we seem to have a perfect storm ( as you have
to add deficits, debt, terrorism etc to the mix too)

But perhaps the world has always been this way and it just *seems* bad
now due to teh interwebz….?

No, it most certainly is far, far worse now than it was just 5 years
ago. The merest hint of financial impropriety in public office 25 years
ago would have spelled the end of a career, not 6 months in the long grass
to reappear in the next reshuffle.

And the idea that there should be a given number of poofs and
foreigners would have been derided as the rot it clearly is.

There are three main threats – inept politicians, civil servants on
auto-pilot and a supine media – each made worse in the presence of a poorly
educated and disengaged populus.

Any one of these is a threat to a democracy – to have all four at the same
time is probably fatal…….

“The vast majority of people who were allegedly praising the new ID card
and database to the skies were, in fact, the very people whose jobs depended
on a mass take up of the invasive horror.”

I bet the odd one out was married to, parent/offspring of, or shacked up
with, one of the other eight!

According to El Reg, the ninth person could have been Angela Epstein…

I’m surprised that you’re surprised. The Civil Service has undoubtedly been
further politicised by Bliar, but the rot goes back 150 years or more.
Victorian Britain exported the system of “surface probity, hidden corruption”
to the Empire – just look at all those countries now struggling with endemic
governmental corruption, and impenetrable regulations intended to maintain the
status quo & prevent change – the hand of Britain will have been involved.
For too long people have believed the myths that our Civil Service is, “a
model for the rest of the world”, “beyond reproach”, “independent of political
interference”, etc – bollocks.

More evidence of how utterly useless these people are. I am sure even most
halfwits would have been able to provide positive testimonials for a website
without it actually being the employee’s themselves.

It shows to total lack of sense within these organisations as well as the
contempt they hold for the UK public. They assume we are so stupid that we
believe the lies and propoganda they spout.

Well put, TJW. But I don’t think any of us has been sufficiently cynical
when it comes to our ruling classes, whether they operate in the City,
Whitehall or Westminster, or indeed in more local ruling bodies. And the point
is that we’ve all become dependent on the Monster, in fact comfortable with
it. Now that all the family silver’s been sold and the debt collectors are at
the door, however, things may get a lot less comfortable for all concerned,
regardless of the deceits employed so routinely by the ruling asses.

It’s so depressing isn’t it, especially for ordinary folks who are old
enough to have been brought up with a sense of morality and honesty. It’s not
just politicisation of the civil service, it’s a pattern of intitutionalised
dishonesty that spreads throughout the political world, the public services,
and business and commerce. There is a whole generation out there nowadays,
many in charge of our institutions, who simply have no concept of integrity or
long term public good and whose sole intent is making as much money as
possible in the most selfish and expedient manner for themselves.

Anna, the first principle of ‘The Third Way’ was to politicise the civil
service and all other Government bodies – the police (see Ian Blair), the
judiciary, the education system (see Chris Woodhead), the media (see the BBC),
et al.

Blair succeeded. One of the the UK’s main support planks for the last three
hundred years had been a politically neutral civil service. It ain’t now.