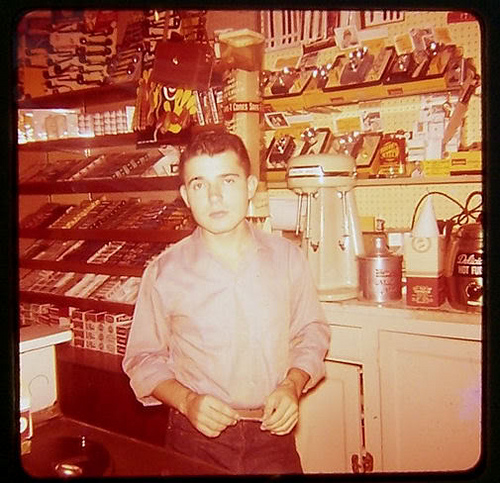 Moshin Khalid is a business man. He has spotted a gap in the market. He has seen that not all teenagers want to get violently drunk, vomit in the street, and end the evening with their skirts round their necks in the gutter.

He obviously feels that he knows of several teenagers that might welcome the opportunity to do something different for a change.

So, he invested his own money in premises in Loughton, Essex, where some of the more restrained Essex girls and their friends could while away the evening.

In his licence application, he specifically said there would not only be no alcohol served :

or allowed on the premises, but that even the taped music would be played ‘at low volume’ and pre-vetted to ensure that it contained no swearing or explicit lyrics.

The only thing on sale will be milk shakes and cup cakes. From 10am to 2am.

Do you think some people just have a knee jerk desire to ban everything in sight?

Almost 40 people living near the shop have voiced concerns ahead of the council meeting on Thursday, June 10, saying that the longer hours will bring more anti-social behaviour and litter to the area, and that the establishment has already affected their quality of life since it opened last month.

Council licensing officer Liz Hassan has advised councillors to throw out plans, saying they could see an increase in crime, threaten the safety of the young people using the roads in the area – which have seen three fatalities in the last two years – and because of the possible disturbance to local residents.

The Milky Bar Kid was obviously more of a danger to life and limb than I ever appreciated…….

The consultation element of change of use does not appear to be so
rigourous.
Look at the business plan ” Milkshakes and Cupcakes” who in
their right mind would make such an application if their was not an issue
about serving drinks and food. Why no coffee?

Unless it is just a front so supply Nightclub attendees with their party
supplies from a handy location?

Something in this does not seem right from an economic position. I suspect
foul play and manipulation of the panning system.

Mr Khalid should change his application to a mosque offering halal
milkshakes (Nesquik sounds Arabic) and fairy (djinn) cakes. Problem solved.
But what should the name be?

As usual you need to read the article to get a full picture.

* It’s a license to open late. Not an alcohol license.
* The area the
shop is in is already served by a nightclub and so is already an area with a
high number of incidents caused by noise, etc.
* They already have another
shop which had the same problems in getting a late license.

Having pointed these issues out, the complainants are being a bit NIMBY in
deciding on the business owner’s behalf and that of their clientele that they
wouldn’t like to mix with the nightclub users. Some nightclub users might like
a bit of winding down with a milkshake. The complainants also seem to
automatically associate people milling around late at night as trouble makers
– but then with some of the stories in the press it’s not surprising.

The article doesn’t mention if the other shop still has problems, it only
said that there was controversy when it opened. So they don’t seem to have
learnt any lessons from the experience of the other shop.

Told to go hang myself by a Southeastern employee: http://youve-been-cromwelled.org/?p=1125

My meeting went better than I thought today

Is he opening the milk bar from Clockwork Orange?

It really seems bizarre that he needs a license to operate at all,
obviously the officer believes that the young should fuck right off and hang
out in the street or a graveyard, and that clearly kids shouldn’t be allowed
to have worthwhile distractions provided. Seems to be some fantasy where if
only you ban all family entertainment then children will all pick up their
textbooks and treat their elders with respect, and not turn into bored,
marginalised and feral little bastards.

If you like them so much, why not them use your front garden?

Hmm, seems to me that all of those are offences of one sort or other. So
police attendance and heavy fines/other punishments for the first few weeks
should resolve any issues.

Well, in a normal world, anyway…

Living near that cafe would be my worst nightmare. Screaming kids until
2am. Smoking, swearing, screaming, fighting, urinating , drug taking and
dropping their rubbish everywhere.
Our local ‘hangout’ is like a beacon for
every feral mong from miles around and is a bloody nuisance.

Grumpy,
I really can’t imagine too many of the feral mongs being
attracted to a milk shake and a cup cake…..surely a bit tame for them?
No?

Anna
It’s got nothing to do with what they sell. Somewhere warm and
open until 2am is heaven for the mongs. They will supply the drink and
drugs and loud music and screaming no problem. Our local mongs used the
war memorial garden as their drinks and drugs den and toilet until they
got a cafe hangout. Now they’ve got a dry drinks and drugs den and
screaming area to hang out in. Cool innit.