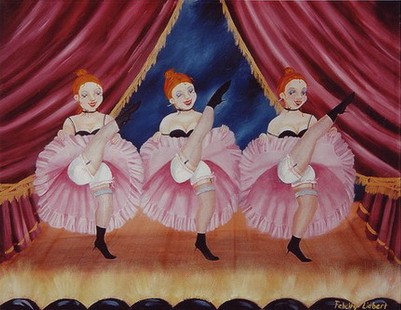 Stonewall are flapping their petticoats again. They have monitored 126 hours of TV programmes such as Coronation Street, The Bill, Eastenders and the Simpsons to come to the conclusion that the BBC is ‘not reflecting gay life in its most popular youth programming’.

Of the 126 hours monitored ‘only 46 minutes’ was devoted to depicting gay people in a positive and realistic light…and the BBC only accounted for 44 seconds of that 46 minutes. Is that why they left out Eastenders, which I occasionally reluctantly catch sight of when changing channels after Chanel 4 news? I was under the impression that Eastenders had been all but consumed by a desire to depict the issues surrounding a mythical gay relationship?

Could the problem possibly be that the BBC are in fact broadcasting lots of programmes that depict gay people in a positive light – but without reference to the fact that they are gay? Gay life does not exist in a perpetual bubble of agonising over the sexual aspect of a relationship; gay life also includes playing Tennis, driving racing cars, painting your windows, cooking your dinner, and telling jokes without making any reference to your sexual habits.

Stonewall’s allegation that ‘just 1.7% of the BBC’s most popular programmes’ included portrayals of gay people is compared to what percentage of the BBC’s programmes that specifically depict non-gay people? We are not told.

Stonewall recommend that ‘Broadcasters’ existing race, gender and disability policies and practices should be mirrored in relation to sexual orientation’. Something of an own goal there for Stonewall, I think. Not only are they effectively complaining that gay people are only realistically portrayed unless they are actively discussing their sexual orientation, now they want being gay to be seen as a form of disability.

The idea that some gay people may behave exactly like non-gay people and merely get on with their lives without treating everyone around them to a blow by blow account of their sexual antics obviously hasn’t occurred to Stonewall.

If Stonewall are right, and 10% of the population is gay, unless they have evidence that the BBC is specifically asking people taking part in their programmes whether or not they are gay and then excluding them on those grounds, theoretically, 10% of the people in BBC programmes will be gay, and consider that it is none of our business. Or even Stonewall’s.

“a blow by blow account of their sexual antics”

It’s not only the hysterical bleatings of the gay lobby that bothers me –
it’s those social engineers (they know who they are) who have consistently
encouraged them. They are the real enemy, because they know exactly what they
want achieve, and they exploit the bottomless pit of demands from those social
groups and minorities with which they intend to achieve it. Thereafter the gay
lobby (and other minorities currently given preferential treatment) will be
cast aside like trash.

Far from being authoritarian, you will see that I want to return power from
the State to parents where it belongs.

You have a problem with me wanting sodomy outlawed and you use this to
bleat on about me being “authoritarian”. Sorry, but it’s getting tedious. You
misrepresent me every time you appear.

“it is not compulsory to watch TV, or reads newspapers, is it?

It doesn’t need to be compulsory – nearly everyone does it.

Yes, I do want to stop the media sexualising children. You seem to think I
am anti-freedom for wanting them to behave themselves. They have huge
responsibilities when they influence millions of people.

“I have said it before, but I say it again, you really are pathetic.”

Just ignore me then. Please!

Hello Stewart! I see that you are still an authoritarian loon.

//Can you see what is happening, Ed P, due to allowing your

“Does anyone (except uptight Stewart Cowan, above) really care any more
what consenting adults do?”

Please allow me to explain.

The law permitted two “consenting adults” over 21 of the same sex to engage
in indecent sexual behaviour in private.

The media has been instrumental in making all of this appear acceptable,
just as they will (in time, Joe Public) with paedophilia.

There are already various people talking about children’s “sexual rights”
and calls for the age of consent to be reduced further, including by Peter
Tatchell.

There have been plans to change the law in N. Ireland (drawn up in London,
I presume) to enable 13 year olds to legally have sex with each other and in
2008 Scotland’s children’s commissioner argued for much the same thing.

Can you see what is happening, Ed P, due to allowing your “consenting
adults” to commit gross acts of indecency?

How far can this agenda go?

What a wonderful phrase. Fun to say, and to do!

We could extend it, I suppose

“Emasculation of morality and emancipation of depravity”

The symmetry between ‘emasculation’ and ‘emancipation’, and ‘morality’ and
‘depravity’ makes it even more of a delight to say (and do).

These things are not symmetrical, they are diametrical.

Who cares what’s on T.V. anyway? I got rid of mine eight years ago and have
never looked back. I occasionally seen odd bits when round at friends’ houses
and have been appalled at the pro- feminazi/ pro gay propaganda that is
continually being pumped especially on the B.B.C. As they used to say back in
the 70′s ” Why don’t you just switch off your television set and go and do
something less boring instead?”

Does anyone (except uptight Stewart Cowan, above) really care any more what
consenting adults do? Whether one’s hetero or homo is fairly irrelevant to
everyday life and TV programmes now reflect this general indifference. I’m
more concerned about nut-jobs like Harriet Harman and her “positive
discrimination” feminazi agenda than Stonewall, but if we’re going for
accurate overall representation, then:
All programmes should show 10% as
smokers
All programmes should show20% as alcoholics
All programmes
should show 30% single parent families

What about all progs having to show 0.027% paedophiles?

A few repeats of 1970s ‘Top of the Pops’ would have that covered,
surely?

The reason you are bothered about Harman, but not about Stonewall, is
because you have been bombarded with garbage by Harman to the point where
Stonewall appear half-reasonable. The same will be true in the next step of
the emasculation of morality of this country, and you will long for the
halcyon days of Harriet.

Have looked at the list of programmes I’m not bloody surprised. They picked
5 soap operas, 4 reality TV shows, 2 clips shows, 2 chat shows and 7 assorted
– and specialised – others. Blue Peter? The Gadget Show? Football Focus? Who
on earth would watch those for an in-depth discussion on homosexuality or
heart rendering tales of being stuck in the closet?

It looks like another pathetic attempt by Stonewall to justify their
continued existence when even they have all but admitted that they have
achieved what they set out to do.

Does Stonewall’s diversity policy insist that they employ 90% non-gays?

So Stonewall are finally admitting gay “activists” are pathetic little
attention seekers are they?

Right, I’ll bear than in mind.

I think its a great big conspiracy to try and make us all gay to control
the population. Sounds a bit loony but what other explanation is there. Its
not as if bedrooms were ever policed anyway was it?
They often talk about
ancient Greece to justify it but then they had wives and children and didn’t
mince about as much.

I am constantly amazed and scandalised that the so-called BBC refuse to
show any references to us cabbage fetishists and to cabbage daily life. There
is absolutely no effort to depict cabbage lovers in a positive light.

Me and my second cabbage (my first left me for a wealthy broccoli) have
lived happily together for seven years now, and recently went through a form
of marriage. But people continue to look askance at us when we are out pubbing
and clubbing together, and we go on fighting to gain acceptance amongst
“normal” society.

Is Stonewall really still trying to get away with the 10% myth of Alfred
Kinsey’s fraudulent 1950s “research” which was discredited years ago? I
believe that 2% is a more reliable figure and of these, how many want
Stonewall to speak on their behalf anyway?

Homosexual behaviour always has been and always will be disgusting.
Homosexuals know this and so the activists hope that the day will come when
every single voice of dissent has been silenced forever and they can finally
sit back and stop feeling dirty and guilty. They think that if we all accept
them (via ‘education’ and mass media indoctrination), they will finally be
able to accept themselves.

This is not possible.

Stonewall are the petulant petals behind that annoying poster campaign,
“Some people are gay… get over it”.
To which the obvious riposte is:
“Hardly anybody cares… get over it.”

Right, I’m off on a straight shame parade…

Well said Anna. I have to agree with your every word.

I have not watched TV in over ten years, it

Quite frankly…If I never see or hear another gay person on the box…it would
be too soon!

It is part of the mindset of any specialist group. They don’t see the
wisdom, or indeed the irony, of ‘Some people AREN’T gay – get over it’.

If I were of that inclination, I would be inclined to keep it to myself;
when, for instance, did you last see a ‘Straight Pride’ parade – or even a tee
shirt?

Sexuality is part of what we are – we are not defined by it; we have jobs,
interests, yes, even likes and dislikes, much as ZaNuLabour tried to destroy
that.

Grow up and get on with life instead of bitching about it.

Yeah, pull the other one!