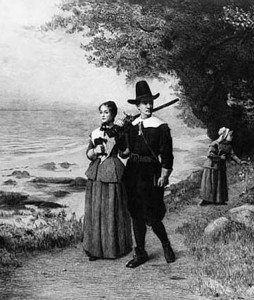 I never cease to be amazed by the repeated victories of, and lack of response to, the New Puritanism. It seems curious to me that a society as tolerant as the British is, and has been for centuries, will allow such trampling on the rights of people to do what they want to do with their lives. Perhaps it’s an unexpected and unfortunate downside of tolerance: you tolerate it when people walk all over you as well.

It is quite astonishing to see how quickly it has all changed, as well. I can remember the delight I felt when I no longer had to endure sitting in a smoky train carriage, because they made certain carriages smoke free. What a pleasure that was. And now, it seems, scarcely less than a decade later, people are not allowed to smoke on a train at all. They are not allowed to smoke on the station, even if it’s a wide open and windswept space. And even enclosed stations were built around great smoke- and steam-belching locomotives. What harm could smokers possibly effect by comparison?

Of course, aircraft (and airports) are now strict non-smoking venues, having initially swapped an all-smoking plane for a smoking section and a non-smoking section. Workplaces, even private workplaces like tobacco companies, are banned from having smoking indoors, so smokers are now forced to go outdoors. And they’re not allowed to smoke in any enclosed space, so a tolerant employer can’t even provide them a decent shelter against the elements any more. Outside my employer’s office, there is a long walkway (about 50 yards), open on both sides, but roofed over, which leads from the front door of the building to the car park. Smokers must smoke, not just at the far end of it, but beyond it, uncovered and unprotected from England’s frequent rain.

People who work in a van are not allowed to smoke in the van, because it’s their workplace. Talk is afoot of banning smoking in cars with children. And so, it seems, in a very short time, we have moved on from a society where people who smoked were tolerated and regarded as less worthy than the rest of us.

They (whoever “they” are) chose their first target really well. Smoking is a habit incomprehensible to the non-smoker. Smoking makes smokers stink and it makes people around them stink as well. So the approach of salami-slicing the right of smokers to smoke won no significant opposition from non-smokers. And even smokers didn’t object to non-smoking areas. They are, in the main, quite considerate about where and when they smoke.

But once the first slice had been cut, they were on a hiding to nothing. And now, after having forced smokers to smoke outside all winter, non-smokers are starting to complain about smokers outside in the beer garden in the summer. Empowered by an endless sea of petty vindictiveness from the authorities, non-smokers feel entitled to carp and kvetch about even the faintest whiff of awful tobacco. It seems to me that there is no petty or spiteful thing that you can do to smokers that would make the previously tolerant British public say, “Hang on a moment, don’t you think that’s a bit strong?”

And now that they’ve managed to take the first step by reducing smokers to Untermenschen, they have decided that drinkers and fatties are next. Meat-eaters are in the frame as well. “Charities” and quangos around the world are springing up apace to tell us all how to live better, purer, healthier lives.

At the risk of being described as a lunatic conspiracy theorist, I do find it disturbing that this wave of New Puritanism is spreading so completely around the world and following such similar paths. And I can’t help but feel that there are disturbing parallels between the New Puritanism and the vision Adolf Hitler had of a cleaner, greener, healthier, purer Reichsvolk. I am certain that there will inevitably be exemptions for individuals who are of certain stature and importance, but the rest of us will wind up living dull, colourless, healthy and above all, safe lives.

It seems that Hitler’s dream of a world of subjugated, well-behaved, well-ordered and healthy slaves is still alive. What I want to know is, who is making it happen?

I’m not sure if that word existed before, but it should now, it would be a
useful word to have.

Language evolves and all that.

I can never understand those who say they have to throw their clothing into
the washing machine after having been in a pub with smokers. Don’t these
people ever visit restaurants or walk in their local High Street? I’ve visited
many restaurants where the smell of food has permeated by nostrils but I never
felt it necessary to immediately strip when returning home and wash my
clothes. Neither have I felt that necessary after having been in the city with
all the emissions flying at me from all angles.

The answer to the smoking Righteous is to disobey en masse, but smokers, on
the whole, are law-abiding people and therein lies the problem. I’m heartily
sick of hearing about how smokers affect the lives of so many. We’re the
equivalent of lepers and shunned from society, yet the Righteous still
complain.

I smoke in spite of their nonsensical whingeing rather than instead of it
and I will continue to do so as long as I enjoy it.

Forgive me, I know it

Yes who are these people who decide whats good for us and more importantly
why are they so influential? I suspect that the answer will lead us to worry
about the present state of this democracy.

Remember this piece? (which I shamefully plagiarise)
In 1930 the speed
limit everywhere in Britain was 20mph. In that year the Road Traffic Act of
1930 abolished all speed limits. The reason for this was was explained by
ex-Lord Chancellor Lord Buckmaster as: “the existing speed limit was so
universally disobeyed that its maintenance brought the law into
contempt”.
If enough smokers defy the regulations that businesses and
premises have to comply with the courts will be overwhelmed by cases appearing
before them – and it might even persuade the Coalition government to review
many of the spiteful and un-necessary laws and restrictions brought in by the
nasties of 1997-2010.

Good idea – but with the penalty culture legislated by New Labour &
enthusiastically embraced by local authorities up and down the land, ‘Civil
Enforcement Officers’ so minded could issue penalties and even recover
monies/assets from ‘offenders’ without ever going near a court.
And I
haven’t heard ANYONE in the public sector protest about the growth in the
powers of the state for at least 20 years.

“In that year the Road Traffic Act of 1930 abolished all speed
limits.”

Between the wars the government in Britain accounted for less than 15%
of GDP. They simply did not have the ability to do wide scale
enforcement.

Today, with Government at 51% of GDP they can, and they will.

Incidentally, I don’t actually expect the ConDems and their austerity
to reduce the size of government in absolute terms. But if they can at
least hold government where it is and the rest of the economy grows that
could shrink (relatively) government back at about 10% a decade. It would
be nice to think that after 40 years we would get government back to its
efficient size, but I suspect we will just have another Labour government
the moment it looks like we are out of immediate peril. People will think
we can afford a bit of socialism again.

Well it’s obviously the idiots in Brussels who are making it happen, but it
appears that they themselves are not taking any notice of any rules in
relation to the smoking ban anyway.
http://www.kentnews.co.uk/kent-news/_Bloody__minded_-MEP-beats-Euro-smoking-ban-newsinkent3421.aspx

For God’s sake! Talk about splitting hairs. The fact of the matter is that
some unknown number of holier-than-thou bastards have decided — because they
know better than the rest of us — that some of us should have our freedom
curtailed in some respect.

Having wandered into a pub where they knew that smoking went on, they then
whinged and wined and wailed about it until it was banned, and as a
consequence, pubs are closing at some fantastic rate per week. But it was
their choice to go into these pubs (cafes, cars, brothels, etc). If they hated
it so much, why didn’t they just piss off home and leave the rest of us to our
pleasures. But no… the little children had to be “protected” from the evil
smokers, with their black hearts and black lungs (a myth, by the way). And
anyway, it was “for our own good”.

I haven’t actually HAD a cigarette for almost five years now, but I still
regard myself as a smoker, and am prepared to fight the smokers’ corner.

Isn’t it time we just minded our own business?

Sometimes I think I light up just to annoy the health fascists!
Gildas
the Monk

I’m going to have to plagiarise my own comment from another thread as it
fits so much better here than it did there:

The government banned smoking, should that have been left to private
decisions of pubs and restaurants? Personally I love the fact I can go out to
a pub without having to go home and throw all my clothes in the wash instantly
and wash the smoke out my hair before I can get to sleep (which I did, I hated
the stench). So that particular bit of state authoritarianism I liked.

I am forced to return to the genius of John Stewart Mill, and I believe it
was

Indeed. Smoking Hot (http://nothing-2-declare.blogspot.com/) is blogging about
this. His theme, somewhat tongue in cheek, is comparing the anti-smokers to
the Vichy French. Rather good and worth a read.

“who is making it happen” ?

The doctors. Try and work out why. Who are the the highest paid members of
society as a social class? Who pays them? How do they get the funds?

What about the other intellectual classes? How are they funded?