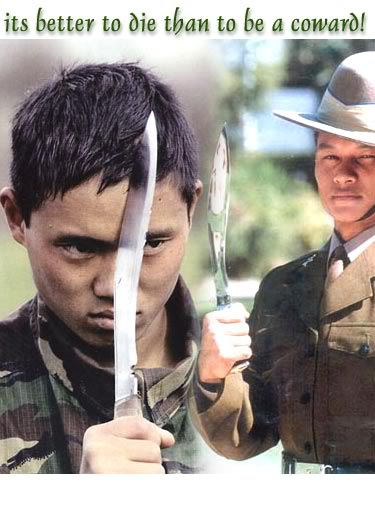 His crime was apparently to think on his feet, and comply with his instructions by the most efficacious method available to him.

On patrol in Helmand province, he was instructed to search and destroy a ‘high value target’ – a local Taliban commander. His unit, the 1st Battalion Royal Guards successfully killed the Taliban fighter as requested, and set about lugging his body back through the battle ground so that the death could be properly verified and the usual propaganda made of it.

Coming under heavy fire from other Taliban fighters, he made what to me seemed the entirely sensible decision to only risk his life carrying the most portable and identifiable part of the Taliban fighter. Since they don’t wear convenient dog tags, this meant removing his entire head.

Naturally we are now considering prosecuting him for failing to abide by the Geneva conventions regarding not ‘demeaning’ an enemy combatant, on the grounds that desecrating a dead man’s body is considered offensive in Afghanistan where custom dictates that the body is buried intact.

I trust his defence counsel will be reminded of this:

Three American troops were reported killed and the bodies of 11 men, some beheaded, were found Friday in rising violence across Afghanistan.

Mohammad Khan, deputy police chief in Uruzgan province, said a villager in the Bagh Char area of Khas Uruzgan district spotted the bodies in a field and called police.

The acting Uruzgan governor, Khudia Rahim, said five or six of the 11 victims had been beheaded.

Not only do the Taliban not wear dog tags, they don’t observe the Geneva conventions either. They are also inordinately fond of the IED device which is specifically designed not to leave the body in one piece for burial, as 321 fine young Britons have discovered to their cost.

Although I agree wholeheartedly with the sentiments written here (are we
fighting a war or playing tiddlywinks with our hands tied behind our backs by
liberals in all corners?) I worry that this sets a precedent. I read that the
Taliban are not averse to removing body parts of civilians, but this will make
them more likely to dismember our troops.

I’ve served with the Gurkhas and have nothing but the utmost respect for
them. In the office were I now work, over half the security guards are
ex-British forces Gurkhas, fine men.

Ok Lets step back a moment here and remind ourselves what our ‘war aims’
are- bringing the light of western democracy and good government to
Afghanistan.

This episode with its ridiculous vietnam era ‘Body Count = Victory’
mentality only shows me that this war was lost before it started.

No student of the previous Anglo-Afghan wars he.

We are now reduced to lopping heads off to satisfy the ‘target makers’ of
Whitehall. The Gurkha acted in a rational way to an insane order. Release the
Gurkha, arrest the idiots who sent British troops there in the first
place.

As an occupying force we have no legitimacy, Afghanistan is a construct of
petty fuedal fiefdoms. If left to itself it will disintegrate. Herat would
become a province of Iran, other provinces would align themselves with
Pakistan etc.

Our troops are fighting to the very best of their professional ability, but
Blairs War is not one of national defence, which is the only reason to have a
standing army.

There is going to be no face saving pull out this time. The Afghan regime
has to look to its own security, and secure the acceptance of all its people.
Occupying forces are just lightning conductors.

We marched it, we can march out before any more moral degradation takes
place.

Good point well made. What do you think are the chances of us marching
out any time soon though? That would require the admission that it was a
mistake and that lives have been lost for nought.

Dare I suggest a brief read of my post – Reflections on The Strategy Aftr
Three More Deaths?
Perhaps you have summed up my prolix
argument?
G

Thats a good site but it does have it’s share or pretenders, beware.

I don’t think the Taliban come under the Geneva convention because they are
not an army. No problem then.

Leave the poor pigs out of this.

Sorry if I’m being blind, but where does one login to your wordpress
account (to get the picture) on this site?

In the Vietnam War USAAF pilots flying napalm dropping sorties were
forbidden from painting “fuck” on the noses of their aircraft because it was
offensive.
I have heard that the Gurkha Private misunderstood General
Templer’s “Hearts and Minds” theory of counter-insurgency as separating the
components if they couldn’t be won over. I hope his trial is not used as a way
of covering up the Top Brass’s errors.
Killing someone with a kukri is no
better or worse than with a rifle round or grenade splinter in the face or a
bayonet in the chest. It is an awful action only partly mitigated by the
knowledge that it is lawful according to the rules of engagement promulgated
by a sovereign power. I place beyond value the knowledge that I will never be
ordered to kill for my Queen and Country and I have the utmost gratitude for
people prepared to kill and die on my behalf. However, I take the view that
mutilating enemy corpses is deleterious to the morale and psychological health
of those service personnel ,many of whom have already seen more than enough
horror in legal forms of warfare, and believe a line must be drawn. Otherwise,
prisoners will be tortured and shot, the wounded uncared for, and 151 years of
the Red Cross and Geneva Convention will be for naught. Ironically, war, the
embodiment of uncivilised and irrational behaviour must be fought according to
rules to make it acceptable.

But the ingenious Private didn’t even kill the terrorist.

All he was doing was taking back to base irrefutable proof that that
terrorist was dead. [As he’d been ordered to do.]

You can stuff your 151 years of Red Cross ( I donated often until
recently), have a read of this if you want to know why:
http://hotissuess.com/2010/05/red-cross-instructing-first-aid-to-taliban/

Award the Private a medal.

Or, investigate why we bomb & shell the Taliban with the inevitable
result of them being ‘blown to smithereens’, causing their comrades great
distress in attempting to recover all the body parts so essential to their
culture of being able to bury the entirety.

Agreed, this is ridiculous. The reason why this is discouraged is
understandable, as it is technically an atrocity, as if being dead isn’t quite
bad enough. However, the official over reaction is just lunacy…the UK
government didn’t even bother to count the Iraq dead, headless or
otherwise.

They sent the head back and they presumably still have the body. Just get a
decent undertaker and he can sew it back on.
Get this hero back on patrol.
(or rather bring them all back home).

I heard that they sent the head back.

Hope they packed it with explosives prior to returning it.

We seem to have become socially incapable of going to war without people
whom have never been in anything more than a hair pulling contest shrieking
with horror because we have to do bad things to bad people.

I read a good number of the memoirs coming out of Afghanistan from various
soldiers. I

Kingbingo,
Our current ‘war like stance’ always reminds me of the
Victorian missionaires, blithely facing down the Mau-mau and imagining that
they will play nicely if you read them a bit of the bible, and then being
surprised when they ended up in the cooking pot…….
If it wasn’t for the
fact that the 321 lives we have lost represent the cream of Britain’s youth,
it would almost be funny.
If we are going to keep going like this, even I
think we should bring back national service and even up the sacrifice a
bit.

Yes that’s a good one for getting me confused. I’m a libertarian and
believe in individual choice. But at the same time I LOVE the idea of
national service for all youngsters.

Love the missionary comparison though. But that reminds me of that
other recent news article about beating up ‘children in care’. Nothing
could disabuse you of the notion these are just ‘children’ then the first
time you get set upon in one of these homes by a 15st feral 17 year old
who wants to ‘smash your fucking in’ because your the first person to ever
tell him ‘no’.

The services don’t want the hoodies and other scum that are on the
streets of Britain, they have a hard enough job as it is without a load of
misfits being thrust upon them.

I had no idea dead Muslim troops were supposed to be buried intact. We
shovelled hundreds into holes in 91 with bits missing.

I feel quite bad now…

XX a residual Empire world view that supports brown-skinned soldiers who
die for us. XX

And that is meant to be BAD?

I hope we would support any soldiers who would die for us regardless of
skin colour.

I might be wrong but I think the relationship between Britain and the
Ghurkus is unique in the modern world and I think we should take that as a
compliment from them to us and vice versa.

It might be worth considering why the Ghurkas so love joining up and
serving under the Crown. Could it be simply the cash? Or perhaps are there
(still) some aspects of British culture that they recognise, support and with
which they like to be identified?

The fact (ok – not provable..) that so many Brits return the admiration and
respect also tells us something of our values.

The cynic might say the relationship is based on a patronising attitude, a
residual Empire world view that supports brown-skinned soldiers who die for
us.

I rather hope and believe it is more than that……

It certainly is more than that. It seems to me that the Ghurkas in so
many ways embody what not long ago were regarded as essentially British
values: Loyalty, courage, iron self-discipline, honesty, self-deprecation
etc. This is why they are admired and respected by so many Brits today. The
cynical tendency you fear is alive and well in certain dank corners of our
society – I refer you respectfully to the pages of the Grauniad.

Someone suggested in comments over at mine that he use the ‘it’s my
culture, innit?’ defence.

But if we let our troops beat the Taliban too well we might not win the
hearts and minds of the people.
Just their respect.
This is a lost
cause.

Oh I am so glad you posted this Anna
This makes my blood boil!
He’s a
bloomin’ Gurkha! he’s got a kukri! There’s a sort of clue there! He has put
his life on the line for this country. He’s on a battleground and they want ID
– it is perfectly proper to do what he did. Indeed, in his fascinating mini
biography of his 5 years in the Foreign Legion, businessman and explorer Simon
Murray recounts how he had to do the same thing. He observed how heavy heads
were. Such is war.
I have mentioned before the appalling fate of those who
fall into Taliban hands. A slow ritual beheading would be one outcome, and
their are worse.
Every soldier knows this. If the Taliban don’t want their
heads cut off, then they can “jolly well leave the Gurkhas alone”. That’s what
Gurkha’s sort of do, and I am jolly glad they do it!
I despair of this
country!
Gildas the Monk
Time for a campaign!