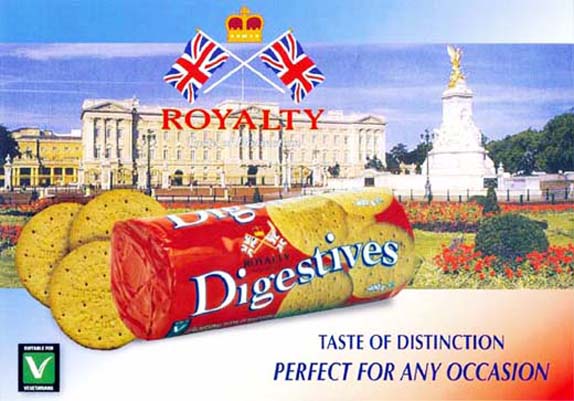 I received a donation of a dog a few weeks ago. I am the mad English woman in my local neighbourhood where my door mat is the unofficial repository of pets the local Arabian populus are no longer amused by. These animals end up on my doorstep. With the arrival of ‘Victor’ I am now forced to pound the streets of this rapidly growing glass and concrete Metropolis several times a day to exercise him. I am sure this has affected my brain – it’s hellishly hot out there – 47-52c degrees on average even at night.

Get on woman, I hear you say, what’s the point of this drivel? I had arrived back from a damn hot walk, trying to cool my poached brain when the end of a SKY news report caught my attention. Did I hear right – that there may be proposals to reduce the length of time to acquire a degree from 3 to 2 years to save money even though British universities are huge money making institutions????

Ah, that Darn Deficit, but wait! If the Government wants to save money on education they can look to the Middle East for some ideas – there are lots of interesting scenarios which can be drawn upon.

Money saving tip 1 – Keep the curriculum the same for 30 odd years and only recruit teachers from countries where the system has already failed and pay them a pittance. I think this recruitment model might already have been taken up by the NHS for nurses so there could be opportunities for knowledge sharing and thus more opportunities for saving money on training.

Money saving tip 2 – Do away with the need to attend university and offer alternatives such as purchasing a degree from such bastions of academia as the University of Doris’ Picket Fence, Sleepy Hollow, Grand Cayman, the challenge here is that some of these institutions just don’t sound pukka and may not pass scrutiny.

Money saving tip 3 – Make registration for university mandatory but attendance not. A select national group comprising of 1 attendee per university will be established to turn up occasionally for lectures and sit exams on behalf of students. In this way, the entire number of home students and those who do not pay a huge international fee to attend only pay the registration fee and all investment and costs are passed on to international students. University education can be privatised and geared to be incorporated with medical tourism into a tripartite education-medical-tourism industry which milks income from foreigners.

Money saving tip 4 – Start earlier, pay teachers to complete GCSE and A-levels examinations on behalf of pupils for the promise of continuous employment and an end of year bonus of a gift voucher for Tesco or M&S. Attendance at state school is based on key dates from Reception to Y12 relevant – for example in Reception and Y1-3 pupils attend school in December so that they are able to perform in the Christmas Nativity – non-Christian pupils spend time in the classroom writing about their own significant religious celebrations. Key dates would be around celebrations such as Red Nose Day, May Pole Day and last day of term. Significant reductions in costs can be seen from this approach.

Of course there are a few downsides such any expectation of building a knowledge-based or prosperous economy for the future, but this could be resolved by hiring huge numbers of migrant workers to different sectors and is a different discussion.

Globalisation means we can all share best practises from around the world, n’est pas? It’s all to do with new paradigms.

Reading the comments, I thought for a moment I had mis-read Ms Gestive’s
original post but I’m not sure I have. It seems to me that Ms Gestive has
wryly listed some things which she may even have witnessed in between mopping
perspiration from her eyelids in the sweltering heat. It doesn’t sound out of
the question to me anyway. I don’t think she’s suggesting practical
money-saving schemes anyway, but I may be wrong..

Also, recently I was chatting to a v.g. chum who had taken a prestigious
degree as a mature student and whose conclusion was that a 1st could be
achieved in around 12 hours of concentration per week. Again, jus’ sayin’,
like. It isn’t out of the question that some degrees could be completed in
under 3 years.

Lastly I’d like to include some of A.A. Gill’s reply to the Friday’s ‘Any
Questions’ poser “Is a Graduate Tax a tax on learning?”

“…. I spent hundreds of years at art schools, mainly because I got a huge
grant. Everything was paid for; all my beer, everything and art school is
terrific … it’s basically a big dressing-up-box with drugs … and I’m very
grateful to all of you who are now retired who paid for it. …”

I include that because I think it’s funny .. guess what my BA (Hons) is
in?

Is it Ms Gestive Smuddle? I thought it was Sir Gestive?

No noise about Scotland reducing the degree time. Then again, the first
year is a preparation year as our system differs from the English one. And of
course, the four year courses keep the wee darlings off the streets.

Buckingham has what I believe is the UKs only private university. Funnily
enough it offers 2 year degrees. It is not a fake Uni either.

Nice analysis, Professor Gestive. Fashionable as it may be to sneer at
universities, they are still a significant area for generating money and
feeding into science, industry and technology.

We currently have a system whereby universities are penalised financially
if they over- or under-recruit based on a number that someone somewhere thinks
of, divides by pi and adds 42 to. This number includes Home (including EU) and
international students whose domestic academic year is not contiguous with the
UK’s. So….either a department fills all its places immediately, or holds back
a few in uncertain knowledge that international students will apply later,
taking a punt that the fees will offset the penalty applied. Central planning
applied to individual, autonomous institutions always works well, don’t you
think?

And 2 year degrees would work, in theory, for many subjects if universities
weren’t currently spending the first year of an undergraduate degree doing
remedial work with A* A-level students who arrive utterly ill-equipped for
degree level work. As well as bringing their mummies and daddies to
interviews, these students know little, have an awesome sense of entitlement,
and are overshadowed in every area by their overseas counterparts from the Far
East, who pay the actual cost of their degree tuition,

Money Saving Tip 5 – use the same multi choice exam every year (so the
questions and more importantly the answers can be passed down).

Who is the biscuit?

It’s crazy but it just might work. Perhaps if we throw the monkey up a tree
he’ll come down with a coconut. 2 year degree courses eh? Hmm, I guess that
could be 2 years too long for some of the bullshit courses on offer these
days. A chum of a chum did meeja studies and I shit you not that he had an
essay to write on the Godfather 1 & 2 – not even the frickin’ trilogy.
Now, me being the absolute nerd that I am, by that stage i’d probably only
watched the trilogy about 20 times but for homework? For frickin’ homework?

I think Labour have nicely gone for a denominator in education that is far
below common, sub cerebral denominators or something. I think I was in the 3rd
or so year of GCSEs and we’d all mainly passed a good handful by the time we’d
finished the 4th year and some of the lazy ones got their parents to help too.
It’s ridiculous to the point of headbanging futility.

PS – Good grief Anna – sounds a bit warm like. 47 C – gadzooks with a
roasted hot cherry on top. Hope your fridge/freezer still allows for ice to
accompany your G&T’s.