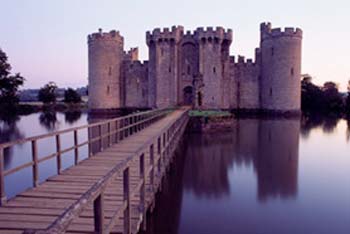 Now that Mr Moat has awarded himself the prescribed martyr’s end – ‘he said he’d never let the filth get him’, and he can be duly revered in chavland; the flowers can pile up on some dusty council estate with eulogies from those mindful that he still has friends who will be watching to see who says what and extracting revenge at a later date.

Now that his bessy mate Paul Gascoigne can take his midnight offerings of a dressing gown, a can of lager, and a half eaten kebab back whence it came to Newcastle.

Now that the police have commenced on the many months of report writing, interviews, suspensions – ‘but you do realise how serious an offence it was to read out a child’s card describing Moat is a nutter’?  – and a public enquiry headed by a retired barrister can rack up millions in fees.

Now that Sky can stand down their 200 reporters and stop their researchers badgering everyone who ever shared a kebab with the man to now share their thoughts on the police behaviour with ‘our viewers’.

Now that the people of Rothbury can walk out of their front doors with their heads held high and not risk being the evening’s entertainment for the ‘every 15 minute updates’.

Whoops! I forgot, she’s a woman, a victim, not responsible for her actions.

Scrub that, it’s obviously all the police’s fault. Oh, and the prison authorities, they should have ensured that a full armed guard was placed on the door of the family of everyone who comes out of jail saying ‘I’m going to kill that cow!’

What the hell were the police doing with a taser? There is only one way to
deal with a gun-toting head-case…….and I do not mean a cup of Ovaltine and a
few chocolate digestives.

Those idiots posting messages of sympathy and ‘support’ on that ridiculous
web-site clearly deserve to live amongst people like Moat.

Now we have his brother claiming he’d been ‘executed’ – wonder what Chris
Brown’s family think of that statement.

“Those idiots posting messages of sympathy and

Indeed Thylo – as the saying goes……they only went to school to drink
their milk (pre-1975 of course).

Supposing he had never existed…

Just stick to the plot and what really happened, we can all think of
whatifs to create controversy from nothing. The man was a psychopath and as
such showed no remorse for what he did, but he leaves prison having clearly
voiced his intentions to do harm and it seems that the prison authorities
and the police (if they knew) did little or nothing and as a consequence
death and injury result. Moat did it, but might well have been stopped had
people who are paid to protect the public done their job.

I expect it will be determined that Stobbart has ‘suffered enough’
(assuming she is still alive) even though there is less ambiguity about the
part she played in this than if she had shouted ‘Let him have it’.

Was the vast police presence that was growing like The Blob necessary?
Armoured Landrovers from Northern Ireland. ‘SWAT’ teams (can’t we come up with
acronyms of our own?), the Met’s crack force of expensive BMWs and bringing
the RAF in. Gun crimes happen all over the shop without such responses.

I tend to be cynical about the Police and the media in these kinds of
emergencies. I don’t think the Police set out to lie but they must be under
pressure to say something and what they say gets taken as the Gospel
truth even with past incidents showing that the Police will sometimes say
things they cannot confirm.(I’m thinking specifically of the July 2005 London
bombings and the squeaks that spewed forth from Sir Ian Blair’s gob)

The media then latch on to tiny fragments of nuggets of snatches of gleaned
information (or just get leaked it) and spend an inordinate amount of time
discussing them. Did it really need the normally desk bound news presenters to
be reading headlines from a street? At one point the national BBC news had a
news reporter interviewing a BBC correspondent which was followed by the local
news also featuring a BBC news reporter interviewing another BBC
correspondent.

“Gun crimes happen all over the shop without such responses.”

I look forward to a Tornado flying over North London that ISN’T taking part in a remembrance
flypast any…minute….now…..

After he murdered one policeman & apparently blinded another, the
result was the best outcome.

Yeah I know he killed a bloke and blinded a policeman, and mashed his
girlfriend up a bit, oh and he beat his kid up – but doesn’t everyone? But
his family say he was a gentle giant and 5000 facebook members paying homage
to him can’t be wrong, can they?

Julia M,
Thanks for sending me over to Inspector Gadget the comments
there are hysterical. I particularly liked the one when Gazza showed up at
the cordon – ‘whad’they want to send him for, English footballers are
useless at shoot outs’!

I can’t help imagining what Uncle Popsy’s funeral would have been like
if Mr Moat’s 5000 ‘mugmag’ supporters had been in the funeral cortege
instead of the candyfloss-nibbling, ‘Wales is magic’ badge-cherishing and
‘Satisfaction’-warbling mourners. No doubt there’d have been a nice
punch-up and lots of vomit – and they’d have been too cool to sing at all.
And the mentally-challenged are ………??

Too true Gloria, too bluddy true……..

All of which is a very good point – can you imagine what Moat’s
funeral is going to be like?

Jimmy Nail croaking his way through a ‘candle in the wind’,

The Magpie’s forming a guard of honour,

And a personal apology from Theresa May on behalf of the police for
shooting him……….

Maybe I should copyright that.

And imagine the Police Taser Display Team zapping dangerously at
each other across a gym-sponsored paddling pool as a finale.
Northumbrian Water could present a laminated map of local storm drains
and the massed Dog Units could all fail to find a single meaninful
scent. Go on, Anna, copyright it.

Anna appears to be on special form at the moment.

But then she so often is.

The picture is of Bodiam Castle which at the time of its building was
indefensible against the weaponry of that period. In short it is a “show”
castle meant to impress and not do much else being an inconvenient place to
actually live in. Bit like our legal system really.

“Whoops! I forgot, she

Kingbingo,
The police of course, they are responsible for
everything…..

Actually i’m just about to meet up with a mate who has been in the
force for 10 years.

In that time I have seen him go from being an exemplary officer proud
of his job to someone who despises his job. Not because of the criminals,
not because of the chavs or feckless. But because of the force itself, its
army of backroom meddlers who attempt to destroy him at every turn, burden
him with petty rules and targets. People who will leap on any excuse to do
harm to his moral or career. To the point he now recognises that to get by
as a police officer you need to avoid actually doing anything at all, god
forbit actually go within a hundred miles of a actual criminal, they might
make a complaint!

He will leave soon, and many like him. We will be left with a force
full only of job-worths who enjoy petty rules and forms.

The Police were not responsible for the shooting (dead) of a Brazilian
Electrician on the London Underground, apparently.

And who has said that the police were not responsible? Not one single
person I reckon. Everybody knows what happened that day. It was a
dreadful incident as the police (including the officer who fired the
shots) acknowledges. Therefore, your comment is rather stupid.

More unsettlingly, a perusal of the Insp Gadget blog shows that Facebook
pages are being set up to laud the late, unlamented would-be cop killer.

Now, a lot of that is underclass Internet bravado and bad taste, it’s
true.

But the police are sometimes their own worst enemy, aren’t they?

I noticed that. Plus his own ‘Gonetoosoon ‘ memorial. Comments are a bit
strange. He did shoot a policeman in the face and another guy in the back
and beat up his partner and child. That’s right isn’t it ? You wouldn’t
think so with the thousands of people giving him sainthood status.

Yes you are saying exactly what most right thinking people are saying to
each other behind their hands,because they don;t want to be seen to be

A geordie nut job who has probably never done a decent days work in his
sorry life does the best thing he;s ever done for the community, tops
himself,and Sky squeezing the last drop of coverage out of this, starts
pointing the finger at the police,it;s there fault it;s our fault,he didn;t
get a red bike when he was a kid he got a blue one,that;s what fucked him
up.the guy was a twat his girlfriends stupid and will probably make a nice
wedge with Max Cliffords help.Lets celebrate his going we are all better of
without him.Lets raise a glass ,Moat you were a prick thank God you;r gone
.

No, it’s certainly not just you. A perusal of the main police blogs,
however, shows that she’s only unique in that – this time – her chosen sperm
donor’s threats proved to be real and not just bravado…

Spot on with the last comment. Samantha Stobbart is only one of thousands
of infantile ” wimmin” in this country who continue to reward the bad
behaviour of evil men like Moat. But of course as a woman in a Feminazified
country she will never have to grow up and face up to what she has done.Until
women learn to love and respect good men and treat the evil men as the scum
they are, more and more of them will find themselves victims of such men. “But
I Luv ‘ im”!!!!!