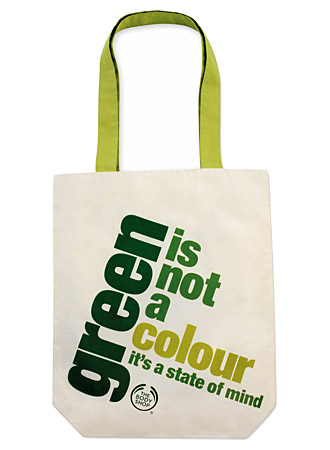 We have all, over the years, been subjected to various forms of sanctimonious hectoring by the supermarkets, with “right-on” Waitrose leading the charge: buy yourself a “bag for life” and don’t use all these cheap, flimsy ones we have to pay for. It’s better for the planet, don’t you know?

And one by one, they all fell into line with this “preserve the planet nonsense”. Even Asda are now offering a fetching range of bags for … death?

Scientists tested shoppers’ bags and found that half contained traces of E.coli – which can be fatal.

Many bags were also contaminated with salmonella.

Reusable bags must be washed regularly at a high temperature to kill bugs left by the packaging from raw meat, the US team said.

Levels of bacteria found could cause a “wide range of serious health problems and even death”, they warned.

I have often thought that “green” activists are nothing more than people-hating harridans. Is this an unfortunate side-effect, or are they stepping up their game to achieve a world free of people?

As I said on Al’s blog. “There

Long before eco-lunacy became prevalent, it was obvious that the packaging
industry – and plastic bags in particular – were a menace.
Now every
hedgerow harbors an unvharvestable crop of the damn things.
Nothing wrong
with a few germs.

It is the planet’s fault for evolving things the way that they have.

For a good story on how this came to be normalized in San Francisco, CA,
USA, go to http://www.sfweekly.com/2009-01-07/news/baggage/ and read the
sad story of how false-science was used with a preconceived political goal in
mind over the real science and economics of the situation which was
purposefully obfusgated and ignored.

They want “green”, they want “organic”, so now I throw the cat sh*t out in
paper instead of plastic bags, which have of course been banned, and I hope
once it hits the land disposal and seeps into the ground it gives them all the
“green” and “organic” filthy diseases festering in the ground such as cholera,
typhoid and black-plague, which they seem determined to bring back these days,
along with a political system more reminiscent of the feudal ages, which the
current governments seem hell-bound on resurrecting it seems.

There’s a very easy cure for this problem. It’s called soap and water! Wash
your shopping bag now and again and if you are carrying higher risk products
such as raw meat, fish and soily veg then make sure they’re wrapped securely
and if they leak wash the bag. I don’t think this really has anything to do
with plastic bags, it’s to do with peoples ignorance about food. Many people
are out of touch with food altogether. How to pack food, which foods should be
stored where and how and which foods should not be near or touching other
foods. This isn’t anything new or a product of the modern germophobe. Knowing
how to store produce and what is risky should be part of everyones knowledge.
The re-useable bag issue is a red herring.

“Knowing how to store produce and what is risky should be part of
everyones knowledge.”

Agreed.
And, being evidence and science based, a sight more useful
than learning this at school than about other peoples’ various imaginary
gods.

At least hardware items like nuts and bolts, screws, tools etc are all
hygienically sealed in blister packs these days, and thus are perfectly safe
to eat, microbially speaking.

I don’t see any problem with the re useable bags as long as the food itself
is properly washed and cooked before eating. It’s not as if you’re eating your
food on the bag. Before plastic bags became the norm my mum had the same
tartan trolley for decades and I don’t remember catching any food poisoning.
All the shopping was piled into it and our cat used to sleep in it at
night.

Much as I’m happy to rattle the green cage, this story might be bogus.

There is a potential problem in the way that shoppers shop for their
foodstuffs, especially where meat and fish are slung ad lib into the trolleys
that are used, given that the packaging of these products is performed by the
staff (wherever) the exterior of this packaging could well be contaminated by
the handling/packing of same, which then transfers said contaminants to
anything they come into contact with. Shopping for such products should be
done and dusted at point of sale i.e. they should take payment and the product
be bagged separately from the rest of the shop, thus your meat/fish bag is
isolated from the rest of your food, allowing for washing of said
bag/s.
The real problem comes in the fact that supermarket trolleys as
catch all receptacles of many shoppers, transfer said contaminants to your
shop, even if you do not buy any such products, what is the supermarket policy
for steam cleaning these reuseable/frequently used trolleys? I have never seen
them being cleaned!, and what of the trolley’s with child seats in /on them,
children with leaky nappies squirming around and touching all parts that one
uses to push/pull the thing around with. I NEVER use the trolleys with child
seats after seeing one toddler wet itself in situ, that brought it home to
me…
So even if you take every care separating your purchases etc you are at
the mercy of the bacteria in and on the trolleys themselves and the transfer
of same to your goods…very unhygenic, but thats supermarkets for you!
So
called smart people run tests on your bags and postulate it is your fault for
not washing them…but where the contamination originated? …is little
considered!

Couldn’t agree more! Pre-packaged meat and fish sit around for long
enough for any external bacterial contamination of the packaging to increase
and are then piled indiscriminately into the trolley with everything else
(it’s not uncommon to see trolleys with trays of raw chicken sitting on top
of, say, strawberries).

And that’s without the potential contamination from the trolley itself –
I’m doing my best to forget your vivid description in time for lunch. FWIW,
my own solution – thanks to self-scan – is to take my own shopping bags (2
hessian and 2 coolbags) and sort the shopping into them as I go.

Perhaps this is a ploy by the manufacturers of bin-liners who have seen
their profits fall as people use plastic shopping bags to line their kitchen
bins?

The poor of this parish; those who can be bothered anyway; scorn trendy,
value-added shopping bags. My old, cotton bags, which get a bit mud splattered
on the walk home, occasionally get popped into the washing machine, with any
3rd class wash. My slovenly disposition prevents me starching and ironing the
bags.

The big problem is that people have been brainwashed into thinking ‘germs’,
any germs, are bad for you. There are ads on TV extorting people to remove all
the bugs from their homes and live in a sterile environment. The only problem
with that is the outside world isn’t sterile! As a consequence, people that do
that get every bug going round.

As Anna said, over here we’ve had reusable bags for years – without
everyone dropping dead all over the place. In fact, the average life
expectancy in the village here is 90.

One thing we must bear in mind, in the western nations the governments must
have something to for the population to be afraid of – it helps to keep them
in power.

I grew up in the days of “proper” shopping bags and am more than happy to
use the “green” ones now. E-coli, salmonella and lots of other germs are all
over the place anyway and it’s only good hygiene and sensible food prep that
keeps it in check.

Duh. Who the hell doesn’t bag the meat separately?

Woven bags? Woven bags, woman? They must be veritable germ-havens, almost as
deadly as those wicker baskets on the front of old bicycles! I daren’t even
think about the killer bugs lurking in the bottom of those plaid
wheely-trolleys so beloved of old biddies….

Much as I scorn those who insist that their own claimed way of life must be
adopted by everybody else (for their own good of course,) I very much doubt
that they intended or even imagined that there could be a health risk involved
in re-usable shopping bags. In fact, neither did more sensible people either –
I can remember the “good old days” before disposable plastic bags were
invented. We all used re-usable bags then, didn’t we?

We all do still use re-usuable bags here in France. No self respecting
Frenchwoman – or man – would venture into the market without a sturdy woven
bag slung over one shoulder. Vegetables are decanted directly into it, Meat
and Fish are wrapped and placed on top, lastly you buy your eggs, and then
your bread lies across the top of the bag……. the bags cost about 10 euros
and really last a lifetime.
I don’t see the French population going down
with e-coli en masse.