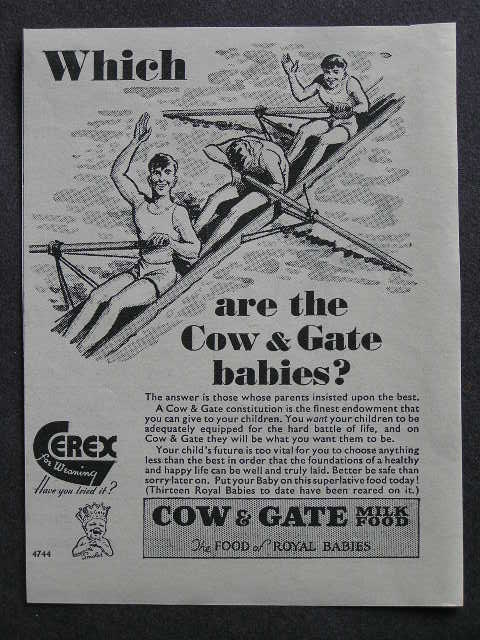 âI will always put the interests of my country and constituents before my party. I have never refused to speak to people on the other side.â

He added: âI would love to be asked by the Prime Minister, especially my own, to take on a role to help convince the world we are serious about our debts, getting immigration under control, and reforming welfare. I am up for that challenge.â

He signed his own death warrant as far as the vicious tribalists on the left are concerned. The Big Girlâs Blouse actually made a formal complaint to the General Secretary of the Labour party. I donât know how he worded it, something along the lines of how disgraceful that an MP would put the needs of his country and constituents before that of his party no doubt. Off with his head!

His complaint was dismissed â firstly on the basis of Frank Fieldâs track record of interest in poverty issues. The Big Girlâs Blouse whines that he âcannot see any relevanceâ in that. There, there, dear, you probably canât, but the rest of us can. He then goes on to state in echoes of the Stasi that his âfileâ on Frank Field is now closed. Thatâs it Frank, you are a non-person as far as the tribalists are concerned, you have ceased to exist and will not be mentioned gain. *Shivers*.

Frank committed the ultimate crime as far as the far left is concerned; he grasped one of the nettles in the welfare field. Equality.

For some reason, the far left has a serious problem with positive means testing. They have no difficulty in grasping negative means testing â their raucous cry of âRich Banker â take it away from himâ or âFat capitalist â tax himâ is a subjective means test that they adore, a rallying cry to the troops. Let anyone suggest, as Mr Field has, that we adopt a positive means test of âdo you really need thisâ and it brings forth howls of outrage.

I have never understood how it is that if âxâ has Â£5 and âyâ has Â£100, that you produce anything approaching âEqualityâ by giving both of them an extra Â£10 out of the tax that âyâ is indubitably payingâ¦â¦

Child Benefit was supposed to feed a bountiful crop of bouncing babies after we had sent the previous generation off to slaughter in the name of not wanting to learn German. We were told dark tales of needy families being refused food by the âmeans test manâ in the pre-war years.

So vociferous was the left, that we gave the money to every husband in the land, whether they needed it or not, rather than double the amount to those who needed it. Then we were fed dark tales about some husbands drinking the money. Noooo! Obviously it should be given to their wives. They would never do such a thing. So we gave it to every wife in the land. Note the word wife. The Bishops had a hand in this, so we didnât give it to every Mother in the land, wouldnât do to give unmarried Mothers the wherewithal to feed their bastard offspring.

We gave it to the Duchess of Cornwall, we gave it to the Bishopâs wife, and currently we even give it to those intrepid souls who trek across Europe in search of work picking carrots, and have left their seven offspring at home. Thankfully, we now give it to unmarried Mothers as well.

Believe it or not, some of those wives didnât need the money. They saved it up for nail extensions, they bought a new hat for Ascot, but at least we werenât guilty of establishing precisely who needed the money and just giving it to them. That would never do. Too demeaning.

Nobody knows just how many babies who would have been undernourished actually benefit from Child Allowance. We canât prove a negative. We do know, thanks to the media and the NSPCCâs eternal moodily shot black and white pictures of âThomasâ who has waited in vain for anyone to produce anything that looks like sustenance for him, that even those whose offspring are most in need of Child Allowance are saving it up, not for Cow and Gate, but for the local Bingo hall or the handy neighbourhood drug baron.

Frank Field was asked to think the unthinkable. It was a prescient phrase as it happens. For when he had finished thunking, he concluded that not everyone needed Child Allowance, and the total amount could be put to better use where it was actually needed. Which involved actually looking at peopleâs meansâ¦..

âMeans?â, âMeans?â Donât ever mention that word, itâs unthinkable. What do we care if Thomas is starving, or Camilla is using the money for a new hat? The Labour Party doesnât do Means Testing. Traitor!

Frank Field seems to be the only person who can see that it is âThomasâ who is being betrayed.

Well posted. Frank Field is an independent minded man â who is also an
expert on the field of welfare. As such, he was feared and loathed by Labour.
I had wanted to post something on this very topic â but much better said than
I could have managed!
Gildas the Monk

Need has been replaced with want and âwhatever buys votesâ.

The welfare state has moved far, far beyond the intentions of the
beginning. Unless the intention was in fact to exploit low earners and the
feckless for the purposes of employing people and extending ever greater
control over everyone else.

I just popped along to TBGB..as you so lovingly described him. I just
couldnât resist leaving a comment although whether the oaf publishes it
remains to be seen.

Seems to me that if youâve got a guy who knows what heâs talking about,
then you make use of his knowledgeâ¦or am I living on Planet Zog?

I remember quite distinctly in the Sixties that my Family Allowance
payments were added to my husbandâs earnings and the whole was taxed
accordingly.
What is so difficult about doing that?

âI made the complaint in March 2010 and reconfirmed in May 2010 after
the election. It concerned statements made by Mr Field about his willingness
to work with any new Conservative government.â

I know how this goes â I was a Labour Student in the 80â²s. What Frank Field
should have done is vociferously claim that he would see Tories in
Downing Street âover my dead body!â and boast to all and sundry that Labour
couldnât lose, and if they did, he and his cronies would make life impossible
for David Cameron.

The subtext to this would be a determination to do all in his power to
thwart Cameronâs attempts to pass any legislation at all until the demoralised
Tories were hounded from office. Thatâs how it went in student politics, at
any rate, when New Labourâs leaders were young.

Macheath,
On the button. Tribalism is all. Never mind starving
Timothy.

WTF is the Big Girls Blouse, Anna? I saw something about âpaulinlancsâ when
I followed the link â name means nothing to me though. It never goes down well
in the Labour echelons when an MP acts for the good of the people or suggests
s/he may do so.

Biffo,
A long time ago I had misread âpaulinlancsâ as Pauline Lancs â
and crhistened him as the Big Girlsâ Blouse, an old Lancashire moniker for a
whinging maleâ¦..

What a bloody bell-end. âNothing to do with the matter at hand?â

Where did he go to school? Uranus?

Should we expect anything better from the shills of the Neo-Marxist Liebour
Party? Frank Field is an MP who has always been out of step with the current
trends of parliamentary politics; consistently voting according to his
convictions rather than the dictates of the party machine, he has laid himself
open to criticism from lesser creatures. I compared his voting record with
that of Andy Reed, who was also hailed as a Christian. Reedâs record was far
more consistent with Liebour dictats, so there was no comparison. Here is a
politician doing what politicians are supposed to do â putting the country
first. Small wonder he is so unpopular with the Gramscian establishment, whose
aim is a spineless (and mindless) conformity. God bless him â and others in
the same mould. The country needs them â even if their parties donât like
mavericks..