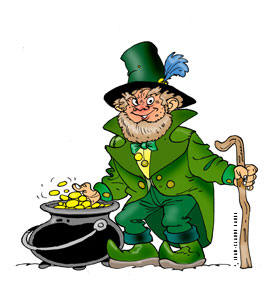 The Northern Ireland Prison Service has paid Â£1m in salaries to suspended staff since 2005, with over Â£440,000 paid out in the last financial year.

Er? Can we re-phrase that please? Tax-payers have stumped up one million pounds to Northern Ireland Prison staff who havenât had to do a days work to justify it. Thatâs better.

âAlleged breaches of conduct are taken seriously by the prison service, in some cases it is not appropriate for staff to stay in work,â he said.

Then is it appropriate for the tax payer to continue to pay them?

It is understood most of the payments last year went to Maghaberry staff who were suspended as part of an investigation into the circumstances surrounding the suicide of Colin Bell in the jail. [â¦]It was announced last week that 10 prison staff who faced disciplinary charges following Mr Bellâs death in 2008 have been re-instated after appeals. Two senior prison officers who were to be demoted as a result of the incident have also been returned to their previous positions, with a formal warning.

Does anybody ever think of the poor old taxpayer? Does he ever get time off for good behaviour?

In job interviews, when asked what is my career ambition, Iâve always said:
âTo be suspended on full pay.â
Sadly, I never get the job.
Where am I
going wrong?

The key here is the glacial speed of the bureaucracy. The death of Colin
Bell occurred in August 2008. Why should any payments have been made in
2009?