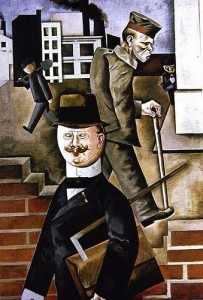 Time was, if you were a particularly diligent student, you had immaculate hand-writing, and had totally âkept your nose cleanâ during your student years, you were eligible to sit the Civil Service Entrance Exam.

If you passed you were blessed. Job Security. A living wage assured. A status in your community only one rung below âprofessionalâ, early retirement, and a gold plated pension.

Some of those days have passed.

Civil Servants these days are recruited from the local job centre. All European Citizens are entitled to apply â I had a PhD student from Greece as a manager once whoâs English was so poor he used Google translate to communicate with me by e-mail, with hilarious results. When the day came that our department was so overloaded with telephone calls that answering the phone was âoutsourcedâ to Calcutta, we rejoiced â suddenly we had intelligent people with impressive English and the wit to double check if they were not sure, answering the phone. The accuracy of message taking shot up. It didnât last regrettably. The Civil Servants took over again.

The Civil Service is currently fighting a spirited action not to be affected by cuts in public spending. It seems a useful time to look at the reality of the once proud Civil Service today. Two stories in particular caught my attention.

A Freedom of Information request to Staffordshire County Council recently revealed that they have hundreds â 522 to be precise â of employees who are drawing both a pension and their wages. Truly!

It gets worse. That original Freedom of Information request was repeated across the country â not all the councils have replied yet â but the 200 that have done revealed a total of 10,282 public sector workers receiving both wages and their pension.

You retire as a âstressedâ manager, and take up another less stressful council job. Hmmn.

Then we have this gem.

Geoffrey Eley worked for the Taxman, collecting overdue payments from Taxpayers. He was paid by us, the taxpayer, to ensure that other taxpayers paid their share of his wages, right?

Except that between 200 and 2007 â it took a long time to track him down so efficient is the service â he went door to door in his local area of the West Midlands collecting pound notes from citizens behind with their tax, issuing receipts, and merely putting the money in his back pocket. Â£85,000 worth of it. He has just been jailed for two and a half years for theft.

Note they only charged him with this scam for a period of 6 years; he had worked for them for 27 years.

âFreedom of Information request â¦.revealed a total of 10,282 public sector
workers receiving both wages and their pension.

You retire as a

I posted on âWho Broke The Pensions Piggy Bankâ last Wednesday about the
mess in pensions. Not only did Labour wreck the private sector but it allowed
the public sector to run wild in several areas well removed from its original
basis. It could never work. The problem now is dealing with the wilder and
more expensive elements without damaging those on basic arrangements.

Exactly so, Demetrius. But I have little faith in those so skilled in
feathering their own nests to look after the weak.
The whole of the
public sector appears to have fallen into the hands of a ruling class
(clique) of self appointed personnel whose sole task is to relieve the
public purse of as much as possible, including via the inevitable âgolden
handshakeâ
An interesting example has been provided by âSubrosaâ this
very morning, if you can find the blog.

Spot on Anna
The public service has become a bloated leech,
disassociated from any normal rules of economic management or response to
economic conditions. To give you one example, I have a relative who reached a
high level in one of the emergency services. At the age of 50, he worked out
that (a) his pension rights gave him almost all of what he was earning
(lovely!) for life, but there was no increase in his pension thereafter. So he
retired. Along with a great number of other senior figures at the same level.
Thus requiring the service concerned to have to re-employ him and others as
consultants, because it needed their experience. He is a very happy man.
I
am 47. I have worked hard, self employed, for for more nearly 25 years. My
pension contributions are pitiful, and the recession has hardly made things
hardly any better.
What seems to have happened is that the public services
have successfully negotiated a life long earnings plan which nobody but an
investment banker or lottery winner could match.
I will leave the figures
to others, but I understand that the pension deficit â the shortfall in
national spending needed to fund this endless spending was actually omitted
(in the convenient accountant speak â left âoff balance sheetâ) in
pre-election deficit calculations provided by Gordon the Mendacious .
So I
have the pleasure of working for the rest of my life, to pay the borrowing
needed to fund my relatives gold plated lifetime income.
Thanks,
Government, local and national, for negotiating such a great deal for the tax
payer. No question of conflict of interest, I suppose.
And now we will face
the inevitable winter and summer of discontent, the unburied bodies, the
uncollected rubbish (well, to be fair, no change their then) as unions fight
to protect âfront line servicesâ â meaning their jobs, whereas the private
sector work â or starve.
Well, thereâs some news for you guys â THERE IS NO
MONEY LEFT
Gildas the Irate