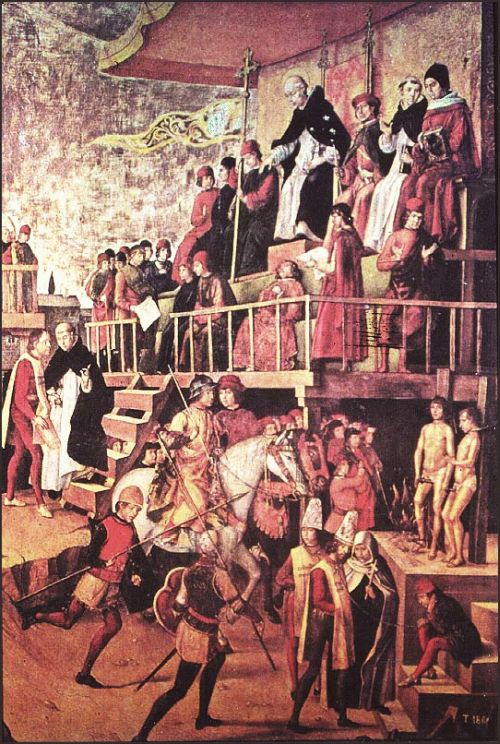 I had a set to with an American âcolleagueâ yesterday which resulted in me advising him to go forth and multiply. Then I watched the Grand Inquisition of the BP CEO Tony Hayward. So I am not well disposed to loud mouthed, know it all Yanks this morning.

The mind numbing screaming hypocrisy of the American âKangaroo Courtâ assembled for this McCarthy/Salem style Committee of un American Activities in the light of the Bhophal disaster (still ongoing since 1984) beggers belief.

Union Carbide an AMERICAN company killed many and has polluted Bhopal for generations, no act of contrition there, no grand committee of inquisitors taking Union Carbide apart for the sake of a few brown skinned people. 390 tons of toxic chemicals abandoned at the plant continue to leak and pollute the groundwater in the region after twenty six years.

The Inquisition reached its high point of stupidity when it was asking âwhy were you not personally aware of what was going on the Transocean rig before it blew upâ.

âBecause we have 100 rigs drilling at any one time.â

âNOT GOOD ENOUGH- YOU ARE THE CEOâ !

Pollute anywhere other than the USA thats OK â spray oil over Mommaâs apple pie, they get the lynch mob out, threaten to bankrupt âBritish Petroleumâ (a title it has not used for years, but Obama has resurrected for the occasion) and extort/blackmail/shakedown $20 bn.

This was the most crass piece of political grandstanding by a panicking administration I have seen in a long time. There is is nothing more odious than a baying mob, dressed in the clothing of authority ,screaming for a scapegoat.

The time for a Hearing and a Court is when the problem has been overcome, and a proper investigation held.

The American Constitution is one of the best in the world, but when implemented by McCarthyites such as these blowhards you would stand a better chance in one of Roland Frieslerâs Courts.

For those Americans and Cameron who is too frightened to support BP, this is an Oil Rig disaster that left 167 dead, where was the CEO of Occidental when this went up in flames ? Piper Alpha.

âThe American Constitution is one of the best in the world, â

This is not surprising â it was based substantially on the British
Constitution, which our own governments have been systematically destroying
for the last century.

That questioning about âWhy werenât you, as CEO, on that rig supervising
operations as well as being present at all BPs other operations worldwideâ
made me wish Cameron had the balls to call Obama and say âBTW Barry,
Afghanistan yeah? We begin our withdrawal tomorrow.â

But the whole crisis only demonstrates once again Americaâs talent for
hysterically blowing things up out of all proportion. This is still a long way
from the biggest oil spill in the Gulf let alone the world: everybody has
conveniently forgotten in 1979 the Pemex well Ixtoc 1 hit a gas pocket and
spilled an estimate 3.5 million gallons of crude into the gulf (Report from Chris Cragg â Contributing Editor, European Energy
Review Top letter under the heading BP and Corporate Responsibility) That
spill took nine months to cap. I donât know how many years it took for the
environment to repair itself but there is not a trace of the disaster now.

The BP bashing is to be expected. Rhetoric is the meat and drink of
politicians who court the public eye but at least these discussions and
investigations are taking place in public.

The President tried very early on to stamp his brand on the efforts to sort
this leak out but didnât back it up with resources and exercising authority.
Even worse than taking âcontrolâ but remaining inactive, federal enterprises
such as the coastguard are hindering state efforts to protect against the worst of
it.

The contrast with George Bush and hurricane Katrina is quite stark â Bush
was slated for the picture of him viewing the devastation from an aeroplane
window but what few appreciated at the time was that the several days delay
before relief efforts began in earnest was due to state Governments not
calling for assistance. The Federal Government prefers to act with invitation
rather than without it.

The oil leak is useful, especially for Congressman Waxman â the pointy
nosed one. He is one of the people trying to enact green tax and subsidy
legislation. A beneficial crisis for those who, like President Obama, have
invetested time and energy (and probably money too things such as the Chicago
Climate Exchange) in making the American way of life more expensive and put
more revenues in their hands to buy influence and favours with. This is ironic
for BP â they were early supporters of cap and trade legislation and only recently stepped back from the abyss.

Couldnât agree more. Donât know the rights and wrongs of it any more (or
less) than anyone else, but you have to admire Hayward for his ability to
stand there and take the fake indignation and abuse. Scratch a politican
anywhere, and you will find a scumbag.

However, as to advising your friend to go forth and multiply â canât agree
with that. We donât want any more of the buggers.

What we are seeing is political opportunism of the worst kind. There is a
lot of jockeying for position going on at the moment as to who will carry the
can. Ultimately the blame will end up at the feet of Transocean, it was their
rig and their equipment that failed. 11 workers lost their lives.

Piper Alpha was a tradgedy that occurred due to inadaquate procedures with
regard to production maintenance. It is remarkable that the majority of the
survivors were the ones who were unable to follow the recognised emergency
instructions and decided to leap into the sea.

As the CEO of BP Tony Hayward is rightly in the firing line. They are the
operating company, and therefore responsible for ensuring that Transocean
operate in a safe manner. Until a relief well is drilled and this could take
several more weeks yet, the pollution will continue. In the meantime the daily
spill will keep this in the headlines.

The Obama administration will ultimately use this to promote their âGreenâ
energy alternatives.

Obama has show he is not suited as President of the largest democracy in
the world and he is certainly not statesmanlike.
He lacks good judgement
and calm. He has been panicked by his aides with this knee jerk reaction of
vitriolic and vengence directed towards a leading player in oil
exploration.
There should be a proper lawful enquiry and outcome after the
disaster has been dealt with. Heads can roll later if they have been negligent
and those at Haliburton should be on the block as well, maybe they can
contribute the lions share as they owned and operated the rig. Their record is
far from exemplary!
George Galloway for CEO of BPâ¦â¦great article
thanks!

Haliburton [sic] did not own and operate the Deepwater Horizon,
Transocean did.

Halliburton were the cementing service company working on the rig.

When watching Hayward taking all the self-righteous crap from the committee
I was reminded of George Gallowayâs rather different attitude when they tried
to stitch him up. Iâm no fan of Galloway but he certainly came out fighting
that day.

Good article, Andrew. Watching the kangaroo court on Newsnight, the
hypocrisy was staggering. Union Carbide came instantly to mind when one of the
senators blustered âwhat right have you to do this to OUR country?!â

One senator expressed his dismay at the procedure and was forced to
repeatedly apologise. Incredible.

If the septics wish to grill some poor unfortunate over bad choices and
delayed cleanup attempts, might I suggest they start with the poltically-motivated
cretins who run the US Coastguard?

A mixture of views here. On the one hand, just a bunch of politicians,
grandstanding. On the other, BP seem happy to take some serious risks. It does
make me wonder why I am not CEO of BP on half a million a year though â I
think I could have made a rather better job of the PR and, indeed, handling
that damn committee!
Gildas the Scribblers

The âspecial relationshipâ has been a figment of the imagination since Mrs
Thatcher left office. With the US everything is one way, to them!

In many ways what we are seeing with BP is just the US administration
trying to prop itself up in the face of almost total disillusionment by the
population. They have elections soon and it appears there will be change in
the balance of power in the congress after, if all the pundits are to be
believed.

Kind of puts the Special Relationship into perspective, doesnât it? At
least itâs nice to get a glimpse of the character of our Special Friend across
the water. What we should remember though is that, as suggested in the
article, itâs not strictly just a British company; there are many American
shareholders. Still, the U.S. bullying of BP will result in some difficulty
for many British pensioners, even if BP survives the blackmail of the U.S.
government.