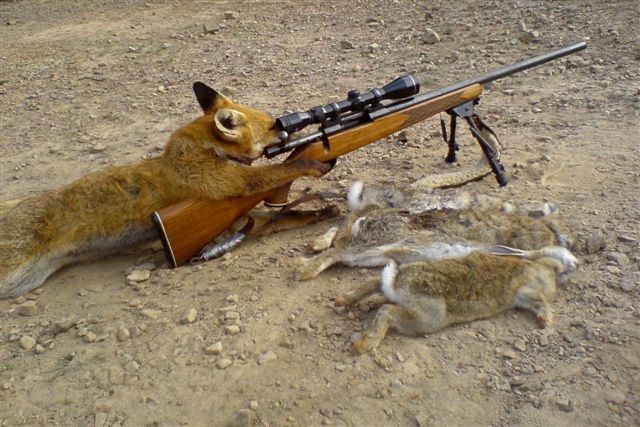 When Peter Singer contrasted the ability of a prawn swimming across Botany Bay and making a choice whether to turn left or right, with the lack of ability to make a choice on the part of a new born baby – he concluded that the right to life was intrinsically tied to a being’s capacity to make choices.

This argument was seized upon and used to found the animal rights movement. Singer himself has debunked this thesis, saying that the interests of animals should be considered because of their ability to feel pain – and that the notion of ‘rights’ was not applicable.

However, despite its ‘guru’s’ misgivings, the animal rights movement has flourished, and, as with all such movements, seeks to be accepted into the mainstream of opinion.

I was surprised the other day to read one of the official House of Commons briefings for MPs, and to discover that it was promoting the idea that Animal Welfare Agencies should be admitted to cross-reporting Child Protection meetings.

The theory of cross-reporting is a sound one, in that all interested bodies, social services, the police, and health authorities, should share information when a child is considered ‘at risk’.

The problem is that the Independent Safeguarding Authority (ISA) works on what is termed ‘soft information’ as well as criminal convictions. ‘Soft information’ means literally gossip and hearsay. There has been considerable coverage of the problems created for individuals, nurses for instance, where information has been anonymously laid with the ISA which results in that individual being unable to work with children.

Adding another layer to the list of people who are considered reliable sources of ‘soft information’ is something that should be approached with great care.

The report is as objective as you would expect an academic report to be, employing phrases such as ‘it has been suggested that organisations that work with animals should be included in the safeguarding agenda’ without saying suggested by whom. Again we see ‘In 2001 the National Society for the Prevention of Cruelty to Children (NSPCC) and the Royal Society for the Prevention of Cruelty to Animals (RSPCA) hosted conferences discussing the link between animal cruelty, domestic violence and child abuse’ without further information.

I went in search of more information on the author, a Dr Fiona McEwen, who has been funded by the Medical Research Council to provide this information to parliamentarians.

I discovered other articles, far less reticent in bringing Dr McEwan’s beliefs and philosophies into the limelight. In a 2006 article for Spiked, Dr McEwen looks at an editorial in the Veterinary Journal by Helen Munro which seeks to establish a connection between the sexual abuse of animals and that of children. Here Dr McEwan says that ‘there is no good research to base precise figures on’. By the time she came to write the House of Commons briefing paper, Dr McEwan was emboldened to state that ‘However, the recent draft Joint Protocol between the RSPCA and London Safeguarding Children Board assumes that suspected animal cruelty or neglect in a home with children is sufficient grounds to deem a child at risk of harm’ without mentioning that there was ‘no good research’.

My concerns are two fold. First, the problems with ‘soft information’ – the idea that this gossip could be added to by Mrs Giles down the road reporting that she didn’t think ‘X’ was feeding his canary well enough, scarcely bear thinking about, but there is also the issue of cost.

If the RSPCA and NSPCC are joining forces to insist that a representative of one of the animal welfare outfits is to be present at all suspected child abuse cross-reporting conferences, then there will have to be a ten fold and more increase in the number of said animal welfare employees. Who is to fund this? The RSPCA is a voluntary body – no sooner are they invited to have a seat at this currently fashionable table than they will be looking for funding to carry out their ‘statutory duties’.

The Animal Rights activists have made tremendous inroads into parliament. There is  an annual prize giving ceremony awarding prizes of several thousand pounds for those researchers who are most successful in communicating their ideas to parliamentarians.

They were almost certainly responsible for planting the idea of banning fox hunting on the grounds that it was cruel to foxes. The notion of farmers being plagued with foxes that were cruel to their chickens and new born lambs was dismissed. ‘Little Foxy must be saved’ screeched the metropolitan elite. The metropolitan elite don’t seem to be so keen on saving Little Foxy now that he has moved into the towns and is feasting on their children. He has miraculously become vermin that must be exterminated.

A pity that Dr McEwan didn’t also disclose that she is a practising veterinary surgeon when she wrote that briefing paper. A biography that has now been removed from public view but still available in Google cache. I might have been less suspicious of it.

I shall keep an eye on her.

I don’t know how anyone perceives these animal welfare agencies as
trustworthy, at all. I perceive them as a group that, among other misconduct,
keeps dossiers on citizens. Accurate or not, that information invades a
person’s private life and makes it available for political uses against him or
her.

They want the ability to take anyone down, anywhere, any time. A “raid” is
a horrible experience to inflict on an old lady who is trying to supplement
her Social Security payments.

The so-called animal welfare agencies have been doing this abuse of humans
in cycles since at least 1960. In America we’ve won out against them in
previous times and then it’s like we’ve completely forgotten how
Pennsylvania’s laws were all repealed at once and how this happened in several
other states in the last few decades. It is not an exaggeration to say that
the RSPCA types sabotage the societies that they live in, like Luddites. They
make money on conflicts that they start.

The WWF is the worst. They make about a thousand million dollars American
each year and they don’t save any wildlife. They just pay biologists to
harass wildlife. They pay other people to harass those who own animals.

I agree with @JuliaM in that “animal cruelty (torturing and killing, rather
than neglect) is, along with bedwetting and firesetting, something that should
ring alarm bells in law enforcement”. It is horrible and every government
should be aware of how important it is for them to work hard to avoid it.

Living, as I do, on the edge of a field at the edge of a hamlet, I have had
both foxes and foxhunters and their baying hounds in my garden. I know which I
object to more and it isn’t the foxes. It’s the hauty, nose-in-the-air, blind
arrogance of the riders, reeling their horses outside my back door,
steadfastly refusing to acknowledge my presence and my challenge that they
have no permission to ride in my field or in my garden. Odious lot.

Here is a video on animal rights: http://meat.org/

Mission creep could be interesting – pehaps trees and flowers next might be
added as cruelly treated living things.
Better still failure to attend and
fund lectures on all the above could be a sure sign of inherant
perversity.

I don’t object to anyone hunting, as long as they eat what they kill –
torturing and killing animals for pleasure, however, is just perverse.
Personally, I’m happy to share my personal space with the local foxes, but, if
the population needs to be controlled, then let it be done in a humane and
effective manner, not as a social occasion, or to satisfy some sick bastard’s
bloodlust.

Killing them for pleasure? Well, so long as done with regards to game
laws, so what? No-one HAS to hunt for their food these days. Even if you do
eat it, you don’t need to kill it, so anyone who uses the ‘I eat what I
kill!’ excuse is just as guilty of killing ‘for pleasure’ as any sport or
trophy hunter…

A fox is VERY quickly despatched by a pack of hounds. It is over in a
matter of seconds. As a countryman I feel that it is the best way to control
fox numbers, not by use of poison, traps or inexpert shooting as then the
beast dies a lingering death. As for ‘social occasion’ the riders must work
safely as a team under the direction of the master. Laugh at their
formalised attire if you must, but I fear that is reverse snobbery.

Not much use for urban foxes, though – there again, it might be quite
entertaining to watch the unspeakable galloping down Springburn Road, in
pursuit of the uneatable. If you ask nicely, maybe the local zoomers could
lend you a couple of pit bulls, to help with the coup-de-grace, in return
for a swally from the stirrup cup – just be careful where you leave the
Land Rover, mind.

“…If you ask nicely, maybe the local zoomers could lend you a
couple of pit bulls…”

Having in previous lives had to work with the RSPCA and also investigated
certain Animal Rights activists and groups, I would trust neither as far as I
could spit through a brick wall.

The RSPCA sits there pontificating upon this and that, claims a shortage of
staff when actually asked to do something and had at the last count over

Let me get this straight; every time I kick next door’s dog (which is every
time he poops on my lawn, if I can catch the blighter) I am expressing
paedophile tendencies?

There’s little doubt, however, that animal cruelty (torturing and killing,
rather than neglect) is, along with bedwetting and firesetting, something that
should ring alarm bells in law enforcement. The FBI have known this for
years.

Fair comment Julia – how long before the RSPCA confine themselves to just
those areas though? The penalty they can inflict (through banning someone
from their work) is immense – and if they can do so under the banner of mind
the cheeldren, then ‘hooks fish and throws them back in the river’ will be
making an appearance soon.

Oh, indeed. Mission creep is meat and drink to all charities that
outgrow their original good intentions…