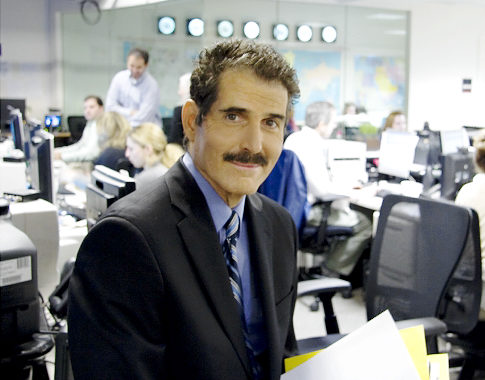 I should start off with a disclaimer, I suppose: I am a fan of John Stossel. I stumbled across his YouTube videos by accident, he does a regular show for Fox in the US debunking “conventional wisdom” from a libertarian perspective. They are quite compelling.

Recently, there was a bit of a furore in the USA when a Republican candidate for the US Senate, Rand Paul (son of the famous Ron Paul) said that he despised racism, but that he felt that the state had no business telling people that there were legal sanctions on racism. He said that the Community Relations Act of 1964 went too far in banning racism in private businesses, effectively ending private freedom of association.

John Stossel went on TV to defend freedom of association to the media. You can watch the clip here. He started off by saying that he found racism repugnant and that he would never knowingly support a racist business and that he would campaign against a racist business, but that it was no business of the government to tell people who they could choose to serve or not serve. If you watch the clip, you will see how the “progressive” presenter fails to see how this is entirely consistent and moreover fails to see how anyone could not accept that it’s the government’s business to tell anyone what they can and can’t do.

There is an important historical aside here: private business was way ahead of the government in wanting to do away with instutionalised racism. The law (for it was such) issued by the state that said that people of colour had to sit at the back of the bus was a huge problem for the bus company: most whites didn’t use the bus, whereas most blacks did. So they were forced to travel with half-empty buses, apart from any moral qualms they might have had. They didn’t want the bus laws, even if they were full-on racists, because it hurt their business. And so on.

Anyway, it goes without saying that the USA was up in arms that anyone might defend anything to do with racism. Mr Stossel has written a letter defending his words here. Please do go read it and tell me if you agree with him or not.

To my mind, these positions are inconsistent and create a far greater sense of inequality and divisiveness. Can you imagine how someone employed because of “inclusion” feels? Effectively the employer is saying “we would have employed someone else who could do the job better, but you ticked some boxes on a government directive or target.” Even if that person was the absolute best candidate, they will never know.

Isn’t it time we stopped making an issue of race and gender? Institutionalised discrimination is a terrible thing, and it doesn’t matter who is being discriminated in an institutional manner.

Yet governments and “progressives” demand that employers should represent the mix of people in the communities they work in. Somehow this idea appears logical, but it denies the reality that not all people of all races are interested in the same thing. It’s very unlikely  for a representative spread of people to occur in any situation naturally.

So why force it?

There was a time when I didn’t know what Racism was, and not because there
were no blacks around.
Sorry, is the word Black acceptable at the moment? I
have rather lost track.

Anyway, my point is that I certainly know what Racism is now, and often
think that I am obliged to feel it, and to beat myself up about it.

John Stossel lives in a country where use of the word niggardly in its
correct context is considered wrong by the overly sensitive . That’s not a
knock on the US, most other western nations are too ready to be subservient to
ill -informed minorities.

It has come to the point where sensible conversation can no longer be
undertaken with most recent university graduates or liberals.

Of course John Stossel is correct, but it’s sad to see that his comments
which are constitutionally GUARANTEED in the USA are challenged by the hard of
thinking.

It’s high time legislation was introduced compelling pubs to take positive
action redress the lack of muslim customers.
It’s not good enough for
landlords to claim that people of all faiths are welcome at their pubs – the
scarcity of muslims proves that this welcome is an illusion.
And how many
pubs have a “ladies-only” bar? Not many, yet how else are muslim ladies
expected to enjoy the traditional English hospitality that is so unfairly
denied them?
Clearly legislation is the only fair and progressive way
forward here.

Relax! I have Great News for you;

Action is on the way, just this morning I heard (on radio4 toady show)
that the survey saying that less than 20% of the population of the UK
thinking that “Islam was a good thing for society” was being countered by a
poster campaign.

So, that’s nice then.

Who said socialism and it’s associated fuck-wittery was dead?

Time to flag up another quango for termination, I think.

When can we start actually addressing the problems, rather than papering
over the chasms?

Let’s try having adults in charge, so we can address the problems…Maggie
(love her, or loathe her) was at least a grown-up

Well, as long as you’re part of a hard-working-family…What do you mean,
you don’t have kids?

Just shut up and fund everyone else’s life style – freak!

Please do go read it and tell me if you agree with him or not.

I agree with him. Completely. I find it so depressing that what he is
saying is regarded as controversial. We have become a deeply irrational
society.

A great example is the breakdown of class discrimination in this country
driven entirely by the free market. In the 70

Very well put (and John Stossel). But logic has never been a strong point
for the lefties, so I doubt you’d ever get one of them to admit they were
talking bunkum. Which means the rest of us have to live with the
consequences.

Well said. But surely the law has very little to do with preventing real
discrimination and much of it doesn’t even have that intent. Like so many
modern laws and regulations it’s intent has to do with the imposition of a
level of bullying and deliberately high profile imposed irritation and
annoyance backed by the law, partly out of spite to demonstrate the power of
the ‘we know better’ lobby and also to keep people in line. It’s no better
than the old fashioned schoolyard bully who won’t let his victim up off the
floor until the victim publically admits the bully is stronger or richer or
whatever.
There are plenty of examples: Low power light bulbs that have
nothing to do with climate but act every day as an irritant and reminder or
our subservience to the global warming cult. Anti smoking rules that have
nothing to do with protecting non-smokers. Hunting laws that don’t even
pretend to protect foxes but were openly designed to punish the ‘rich’.
I’m
sure the anti discrimination laws would have specified an ethic mix to
christmas card lists and private kid’s parties if they thought they could get
away with it.

“Low power light bulbs that have nothing to do with climate but act every
day as an irritant and reminder or our subservience to the global warming
cult. ”

It should be a choice. Save money or have a brighter light. I prefer to
save money myself.

“Anti smoking rules that have nothing to do with protecting
non-smokers.”

Its gone a bit far when someone isn’t allowed to smoke in their own van
because its their work vehicle.

It’s difficult to have a rational discussion on the subject because of the
kneejerk vitriolic reactions of the so called “liberals”, as we can see in the
subject case.

John Stossel is right, we all discriminate, and it’s not the governments
role to tell businesses who to deal with. I want my bank to discriminate very
carefully when lending out my money. Have a look at Iain Dale’s post on the
cause of the credit crunch (URL below). This is what happens when govenments
override sensible business practices for reasons of political correctness.

You need to be careful, the Thought Police will come for you.

Indeed; Why force it? Racism exists. It is natural to, and practised by,
all racial groups, not only white Europeans. It is a fact of life on all
continents, and in all countries. Where a different group or tribe does not
exist in a locality, it seems to be necessary to invent one; religion and
football rivalries are just two examples.
In our attempts to eliminate this
basic aspect of our natures, some societies, almost exclusively white, have
created laws to punish themselves for exhibiting any form of this natural
behaviour. The article cites employment quotas, rightly exposing some of the
illogical results of these laws. “Positive discrimination” is a popular phrase
with adherents of these policies. What a ridiculous notion. If discrimination
indeed means something bad (it doesn’t) then why does calling it positive make
it good? The notion is as silly as “positive paedophilia” or “positive rape”
would be. What they’re really saying is that you, or you, can’t have the job,
or the promotion, because you’re white, or worse, white and male.

“It caused me to reflect upon the recent humbug we had here in the UK
about gays in bed and breakfasts.”

Marxists would profess that the rational is all that counts. And the
numbers are the indisputable base.
In these cases the demographics are the
metrics that count. So therefore we are not ‘equal’ or ‘fair’ until everything
is provably and accountably so via conforming to these figures.

The worst of it is, the more they believe it the smarter they think they
are being and the more stupid everyone else is.