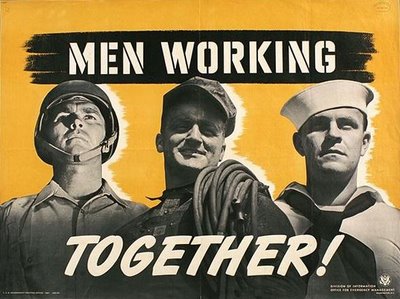 When I read things like this, my soul blossoms just a little:

“Fantastic,” says Sean Paige of the financial crunch that is slowly throttling public services in Colorado Springs. “I welcome it.” Never mind that a third of the street lights have been dark since February and the citizenry may soon be asked to take their own lawn mowers to city parks to trim the grass.

While cities across the US are struggling with diminished tax receipts and the ugly task of paring budgets, the situation is already much worse here in Colorado Springs. Or better, depending on your point of view. Because there are people here, Mr Paige among them, who think that the drying up of city coffers, while painful for a few, offers a broader opportunity. It’s time to get public servants out of public services. It is not unimportant that this town is home to Douglas Bruce, the gnarly hero of the small government movement here and author of Tabor – the taxpayer’s bill of rights that was written into law in Colorado and many of its municipalities more than a decade ago. It cripples public finances by forcing politicians to seek popular approval each and every time they want to expand taxes. It also includes a mechanism whereby they must return money to taxpayers if ever they start to run to big a budget surplus.

He contends that it is the perfect time for the city to get out of running things like parks, pools and community centres – he believes the private sector, charities and churches will do it better for less money.

This is what some are already calling the “Grand Experiment” of Colorado Springs, which is expected to face a revenue shortfall this year of about $28m (£18m) or 10 per cent of its whole budget, brought about in part by the recession and also by the strangulating effects of the Tabor laws. But if this experiment is to be embraced and pursued, then the question arises: how far should it be taken?

It is not just about lights and lawns. Buses no longer run at weekends or at night; services at community centres have been drastically reduced; at least two of the city’s six pools will be closed. The police department’s two helicopters have been pawned off on eBay. In the new spirit of volunteerism, taxi drivers must double up as amateur cops watching for crooks while traditional police patrols are trimmed.

“We are engaged in an experiment here whether we like it or not,” says David Munger, a consultant and lobbyist who is on a committee examining a possible sale of the municipal hospital to raise cash. “It seems we are trying to find out how little government is enough government.”

Never one to hold back, Mr Bruce, 62, thinks he has the answer. “If we cut the city budget in half, that might be a reasonable amount,” he said in an interview. Rather than applauding the council, he derides its efforts at cuts. “It’s like performing liposuction on a whale with a teaspoon,” he says. In a variation on the old joke, he says it took four city employees to turn off each of the darkened street lamps.

How utterly wonderful! Citizens have the right to reject every proposed tax increase in a referendum? Tax-leeching wastrels have to cut their cloth according to the decisions of the people who pay? Communities see the consequences of the cuts and still yell: “Cut! Cut! Cut some more!“? Communities picking up the services that the state can no longer pay for, services that they regard as important enough to deliver themselves?

It sounds like a libertarian’s fondest dream come true.

Of course, not everyone agrees:

Just as sceptical is Brian Kates, a 38-year-old transplant from Boston who, as a city employee, runs the Meadows Park Community Center, located in a small converted shopping mall in a part of town that boasts modest, one-floor bungalow homes, not mountain-view mansions. After cutting his budget by more than 50 per cent, he has now been told to find a way to sustain its services without city help by the start of next year. It may or may not happen. The situation infuriates him.

“I feel like a peacock in a herd of penguins,” Mr Kates says of what’s going on in Colorado Springs. “Where I come from it’s not a question of ‘Do I personally need this service, it’s ‘What kind of community do I want to participate in.’ Pay the taxes, spread the wealth, don’t keep score. It’s not about ‘How am I doing and what services am I personally going to use?’ Some call this a selfish approach and others call it fiscal responsibility, depending on which end of the spectrum you are on.”

The people most hurt by the cuts – the people who patronise his centre – already feel too disenfranchised to speak up or try to resist, Mr Kates explains.

On the other hand, some might contend that Mr Kates is just worried about his job, after all, it’s easy to speak glibly about spreading the wealth when you’re on the receiving end, isn’t it?

And my experience of Americans is that no matter how “disenfranchised” they might be, they will never shut up about a grievance. So I suspect that there may well be a few people who do not like what is happening or may be disadvantaged by it, the overwhelming majority of the public either support it or aren’t fussed and are probably enjoying the tax breaks.

Meanwhile, there aren’t enough other people in the community willing to get angry. Take Tomm Mitchel, who has come to the anti-tax rally in the city’s tiny downtown Acacia Park to hear the messages about small government and oppression through taxation. As a resident of the city – he works nights in a warehouse in Denver – is he angry about the service cuts?

“I have no problem with them at all,” Mr Mitchel, 42, replies without pause. “They could close down the parks, I am not that interested in them.” That said, he has joined a citizens’ volunteer group taking over the job of emptying the rubbish bins in the parks.

The apparent equanimity of the wider population in the face of the service evisceration – some voters wrote to the council asking that more street lights be extinguished on environmental grounds – may partly have to do with where the city is and the old frontier history of the American West, Mr Kates suggests. “It’s the old mentality of lift yourself by your boot straps and ‘I am going to be self-sufficient,’ and that’s really how it was in the Western states in the beginning.”

The eternal cry of those brainwashed by the social democracy ethos that pervades Europeans is that we cannot survive without government intervention and that you cannot live in a libertarian society because it’s never been tried before. Here we see that it has, and it’s being tried again. Moreover, people are not only surviving it, they’re positively thriving on it.

People who don’t care about the parks are still prepared to help keep them tidy. People are taking back ownership of their community, working together in a common cause. There are no mass riots, no looting, no chaos. People are just rubbing along and making things better themselves.

Isn’t it time we tried this here?

Mr Kates is suffering from ‘I just found out people can do without me!’ syndrome.

File under “something you will never see in the yUK”