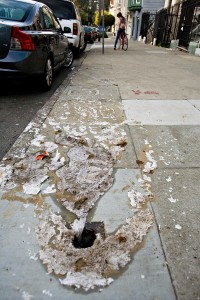 I have for some weeks been regaling southern readers with the hitherto hidden tales of corruption, lies, graft, drug taking and gangsterism in the murky depths of Labour’s Glasgow heartlands.

It has seemed a fruitless task at times.

The Scottish newspapers have been terminally reticent in their reports of the efforts made by the SNP – John Mason, SNP for Glasgow East, in particular had been calling for Audit Scotland to dip their toe in the muddy waters surrounding City Building, one of the many ‘arms length’ companies set up by the snowy white Steven Purcell, which had hugely benefited Willie Haughey – a Labour donor to the tune of £11 million, a figure coincidentally identical to the donation made by Unite to the Labour Party.

Now quite unexpectedly, from the dry and dusty world of European legislation, comes some succour.

When Steven Purcell’s Council decided to transfer its 2,000 employee Building Services Division to a newly incorporated entity called City Building (Glasgow) LLP in 2006, it triggered the terminally boring Transfer of Undertakings Protection of Employment (TUPE) regulations which enshrines a European Directive designed to protect employees. The lawyers groaned. Some cheered.

The 2006 TUPE Regulations distinguish between the obligation to consult and the obligation to inform. The main issue was whether that Regulation obliges the transferee employer to consult after the employees have been transferred to it. The Unions argued that it did, and the employers that it did not. Amicus & TGWU v Glasgow City Council became a test case, that only the truly sad were interested in following.

However, if you have managed so far not to fall off your seat with boredom, at this unexpected excursion into European law, you will be rewarded. There is a silver lining to this cloud.

The Employment Tribunal agreed with the employers. The Unions, by now the Labour funding UNITE, so long had the case taken, appealed to the Employment Appeal Tribunal (EAT). The EAT rejected the appeal and upheld the decision of the original Tribunal.

Payday for those interested in cleaning up Weegie politics was upon us – for the unassuming Raymond Williamson, the judge at the tribunal, was not of faint heart, he said the evidence provided by Unite was “almost totally incredible”, and deliberately misconstrued the position of Glasgow City Council on staff rights.

He didn’t stop there; he said that Unite’s Alan Finlayson, their regional secretary, had ‘deliberately lied to the tribunal’.

He still wasn’t finished, so annoyed was he at the pack of lies that he had been fed by the UNITE representative, that he has landed them with a six figure legal bill.

Take a bow Raymond Williamson. Well done that man! It is not the first time he has stood up for commons sense against powerful vested interests.

Not everyone in Glasgow is in the pocket of the Weegie mafia that surrounds Glasgow politics. It has taken an ordinary man, a retired solicitor, in a boring and unsung division of the law, to stand up to the bullies and henchmen.

I hope he watches his step now. These people do not like having their nose tweaked. There have been a series of mysterious deaths and shootings in Glasgow. I hope the decent people of Glasgow, and I am sure there are some, will do their utmost to look after him.