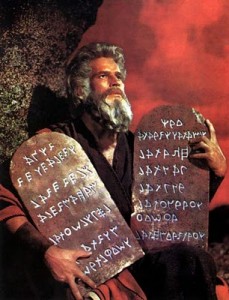 Bringing the Marxist commandments to the masses – continued…

It seems that my favourite left-wing blogger is feeling a little peeved that some of us have taken his blueprint for a successful left-wing blog to counter the right-wing conspiracy, in jest.

My argument was, as ever, coherent, well made and impeccably sourced, so there can have been no issues to pick at in terms of the consequent recommendations for solidaristic action. However, on reflection, I concede that the post may not perhaps – especially for a relatively uncultured and epistemologically naïve audience – have given sufficient specific guidance on what might be the precise content of the emerging leftwing local and regional media, itself set within its wider ‘web’ of local and then wider actions.

So the big girl’s blouse is back today to explain it to us in words of one syllable. Or perhaps not.

Perhaps a concrete example of this process may assist our more epsitemologically challenged readership.

In the initial stages of this leftwing media development programme there will inevitably need to be some centralized guidance on what kind of content can or cannot be authorized in the developing local publications; there is little doubt that a central committee will need to be established to co-ordinate the programme and provide editorial control over all local ‘blogs’ and their allied multi-media developments…

Fundamentally, the remit of any new localized ‘cell-based’ but centrally co-ordinated publication, whether electronic or hard copy, will be the creation of an effective interface between the existing ‘lifeworld’ and the development of an appropriate register of anti-hegemonic discourse. By ‘lifeworld’, I refer to the post-Husserl Habermasian conception (‘Lebenswelt’) of a set of socially and culturally sedimented linguistic meanings, shared in their current form by the working class and its hegemonixed identities (and sets of identities).

Into this existing set of shared understandings of how the world operates, it is necessary to ‘infuse’ the appropriate set of Marxian conceptions both around the essential nature of capital/labour relations and the consciousness of the working class as an objective entity in relation to capital. In turn such conscientization will lead to the development of a renewed ‘Lebenswelt’ in which class struggle becomes both more desirably and feasible through solidaristic local and then wider action.

This is going to be a corker of a blog when it finally emerges blinking into the world of the eminently readable Leg-Iron and the plain speaking of Obnoxious the Clown.

Still you only get what you pay for, and this is a bargain basement £80,000 remember.

I’m sure the crowds will flock…

“My argument was, as ever, coherent, well made and impeccably sourced…”

Translation: ‘Waaah! Fear me, you insects! You must fear me…!’

Why am I mentally reading his comments in the voice of Stewie from ‘Family Guy’?

Oh, and definitely click through to the article, there’s all kinds of delights therein.

After all, who could resist a post which leads off with “I am too serious a socialist thinker to waste time reading the right wing blogosphere…”?

Fair comment, I suppose. Wars are always won by taking no notice of what ‘the enemy’ is doing and saying and just charging straight in. Aren’t they?

Don’t advise him, JuliaM! The more inept these pompous fools are, the better.

I just knew you would enjoy it JuliaM!

If you read the whole thing- difficult, I know- it looks like it’s meant to be satire. . .

It’s not Stewie from “Family Guy”, it’s Rick from “The Young Ones”.

I’m not sure if it’s meant to be satire, Private Widdle, but it certainly is satire, as fine an example as you could wish for!

The references to “CRAP” are a bit of a giveaway. And he he can’t spell “epistemologically” so probably doesn’t really know what that means, either.

PW: …Stewie from “Family Guy”, it’s Rick from “The Young Ones”

I think that the ref to CRAP means that we’re perhaps dealing here with Comrade Smith and the Council for Revolution, Anarchy and the Proletariat.

They just can’t help themselves, can they? Freedom of expression, as long as you get permission to express authorised points of view.

I’m sure it’ll be a roaring success.

XX They just can’t help themselves, can they? Freedom of expression, as long as you get permission to express authorised points of view. XX

More to the point, the commy twats just can not see the irony.

In fact they probably thing “Irony” is what Mummy does to their Shirty.

Thanks for the quote. I am setting it to music for my client, P. Diddy; he’s all fired up about this, and it will be released as a single just as soon as we’ve finished in the studio.

Oh, he does write pretty though. Pretty outrageous and out of his tiny mind.

IT’S A JOKE.
And quite a funny one too…

What makes the joke even funnier is that the satire is sufficiently subtle that not all of his fellow travelers will get it.

As Furor T says, if it is meant to be funny (and I’m certain that it is)the author can’t see the irony. This is a satirical FAIL, simply because of the Left’s inherent control freakery.

If dear, dear, PaulinLancs does nothing more in life than provide hours of innocent amusement for us all – it is more than can be said for the rest of Nu-Labour…I think Prescott and Tracey was the last time they made me laugh!

They hate it when our primary response is laughter.

One thing that does make me feel sorry for him is that his newfangled “satirical” post hardly reads any differently to his original post on starting the £80,000 blogs. Most new people dropping by his site simply won’t see the difference. And that’s assuming they stick around to read more than one post – which they probably won’t, likely running screaming after the first couple of assertion and jargon heavy paragraphs.

Katabasis – I do what little I can to bring his words to a wider audience, as an act of charity…..

It is much appreciated Anna. I need to be reminded that there are people out there who actually think and act like him, otherwise I’d never believe it.

Armed with my concise Oxford, and a Google window open, I gave it a try. I was soon losing the will to live.
I will have to go for a little lay down now.

I think the best bit is: “there is little doubt that a central committee will need to be established to co-ordinate the programme and provide editorial control over all local ‘blogs’ and their allied multi-media developments…”

In true lefty style they’ll spend the first couple of meetings debating the structure of the comittee and who does what, then what their aims are, then the rules (must have rules). Then of course they’ll need a name. Not an easy one, this.

Surely it’s meant as comedy! Heavy going, but if you plough on to the second half you will come to quite a good satire of a proposed lefty romance (almost worthy of Peter Simple, if you remember him). It’s a direct lift from here and I guess it’s author is none other than paulinlancs.

Well spotted Fabian, and the author is called Paul too, even a photograph of him – he looks positively human! I’m quite disappointed, I had expected a more geeky appearence along with an accreditation for a PhD on subcuteral viral infections in the aboriginal polar bear population..

There is nothing like a bit of fun reading at the weekend. All are missing the point that there is no “Left” or “Right” any more, it has all become rather different. As for those on the Left I recall them thirty or so years ago wanting all computer use and ownership to be licensed and controlled by local authorities and banned from schools.

What a damned bloody tonker. Class struggle, my arse. The fact that every former Soviet country is broke and depressed is a testament to the efficacy of the kind of bilge this sewer’s promoting.
At Cambridge we always used to say that those who used the most difficult words/concepts were the most intellectually insecure/inferior. I rest my case.