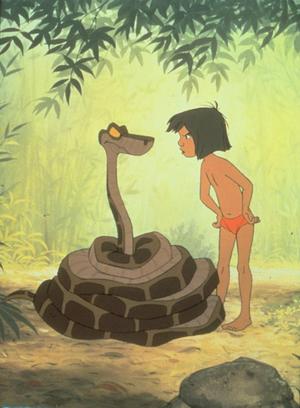 IF you can keep your job when all about you,
Are losing theirs and blaming it on t’economy,
If you can save yourself when your pensions all shot through,
But make allowance for Gordon’s thieving too;
If you can wait for treatment and not be killed by waiting,
Then they’ve the very NHS for you,
If you care not for England’s very soul,
If you’re content to live in ‘Division 5’,
Whilst our AAA rating takes a dive,

If you can dream – and face disaster;
If you can think – and not go insane;
If you can meet with Cameron and Brown
And treat those two impostors just the same;
If you can bear to hear the ‘truth’ they’ve spoken
Twisted by knaves to make ‘spin’ for fools,
Or watch the things you gave your life to, broken,
And stoop and build ‘em up with worn-out tools…

If transparency and accountability are not your game,
If ‘Lisbon’ is to you, just a name,
If you care not of being lied to,
Then they’ve the very EU for you.
If your idea of family,
Is ‘Jeremy and John’ and Aunty Mandy,
If secret courts don’t make you weep,
And oe’er MPs expenses lose lots of sleep,
Then vote them in and get more o’ t same.

Rats! But Thank-you, was just over on Old Holborn explaining to someone else that I learn something every day – they were shocked that I’d only just twigged that Nobel invented dynamite!

I get my delayed education courtesy of my posters. My thanks to you rightwingit.

Thank-you Your Honour, but I have conceded and removed the offending vowel…….

Talking about Nobel, why didn’t you blog about Obama’s ‘winning’ it? His success reminds me of school sports in the People’s Socialist Republic of Glasgow where everyone won, so nobody won, so all were loosers.

What I say is:

There once was a young guy, Obama,
Rewarded by Nobel the Banger
For what, no-one knows,
But, hey, anything goes
When you’re Barak Obama the scammer.

Very well done, Anna, Thank you for this great parody and the truth it contains.

I have blogged on Obama’s Nobel prize (love your entry for the new political poetry compendium!) it is HERE

Thank you for drawing my attention to your latest epistolary contribution towards enlightenment and intelligent discussion of international gongs but the @#! link dunna work!

P.S Your spelling is having a bad hare day. “Poltiical?” Or is that a new name for political satire, i.e. pol-tickle?

Try leaving the strong language out Pet, it upsets the algorythms, to say nothing of the ladies around here.
Now, you were spluttering?

…. and for a light snack all you need is:

1 think slice of Nick Clegg. Garnish with a wiping of smoked garlic and leave in the fridge for an hour.

2 medium slices of David Cameron. Soak with a marinade of one part olive oil, two parts white wine, sprinkle with oregano and dill.

Bring all three together between two generous portions of ciabatta bread. Add lettuce and rocket. Tomato on the side and Enjoy.

There you have it – Post Conference Season Sandwich. It will keep you going for ages!

Brilliant Anna – and tell the Grammar Police to go take a running ………!

With apologies to Lewis Carroll and that Walrus and that Carpenter…..

The Masters Of The EUK-i-verse
Have all set out their stalls
In Manchester, in Brighton
And in Bournemouth, to filled-halls:
They’ve lectured from the platforms;
And their words fell on keen ears;
They’ve all said that this country
Hasn’t been this bad for years…

The Cleggie and The Cable Man
Both said some clever stuff,
Both knowing we can’t vote them in
(A few votes aren’t enough)
But while the country’s cracking up,
They’re there to say these things:
Alack-a-day! The poor will pay
For cabbages and Kings.

“The time has come,” the PM said,
“To talk of nasty things:
No, Mandelson is not on yet –
He’s waiting in the wings –
But while the country’s underfoot
They’re our underlings…
They’ll vote, we’ll stay! No other way!
They’re cabbages, we’re Kings!”

Said Gordon “Voters, walk with us,
The future’s warm and bright;
A pleasant walk, a pleasant talk,
And we won’t feed you shite.
(But if we get hungry on the way
We might just take a bite….”
But Ol’ Britannia said “Yoo-hoo!”
I’m not a stupid dick;
Will you just stop your bullshite?
It’s you, or Dave, or Nick.
For the first time in a long time
The serfs want their full voice
and wouldn’t it be nice for once
If the public got a choice?

And then there came the Tory Boy;
(”I wish you’d call me Dave”),
Who looked the public ‘in the eye’
And said, in manner grave;
“We’re all in this together, chums”,
We need to clip our wings…..
Yah-hoo! Whey-hey! More work! Less pay!
Eat cabbages and things!”

…and you too Ms. Smudd. I particularly like the last verse.

Yes, excellent Ms Smudd, I shall add it to the compendium in the monring…….

Well done Anna! Another excellent post! I wonder what Kipling and the rest of his generation would say if they could see what has become of their beloved Britain. Did you also see that the father of one of our dead soldiers refused to shake the hand of the NEW MAN NONCE himself at the service for the Iraq war dead saying that Bliar had blood on his hands!There is a man who is not just the father of a hero but one himself.

Unless we all get the opportunity to refuse to shake the hand of T’Bliar, he won’t get the message. And I don’t see him popping round to my borough looking for a glad-handing, a fond-fingering or anything otherwise.. so I guess he’ll never know quite how much he is disliked.

(the curse of the Smudd strikes once more…. the merest hint of a post by Smudd the Voluminous is enough to send leaner-bodied posters diving through the nearest saloon-doors to hide, mute, under a sturdy table… a sinister hush falls and only the keenest ears catch the reedy whine of a far-off kazoo insisting its notes upon the stifling air as the tumbleweed rolls noiselessly by…)

Smudd, have a heart! The notional “leaner-bodied” poster quivers alone by the eerie light of his computer monitor probably wearing little more than a boob tube to coax his man-boobs into some semblance of dignity, and rumpled mantyhose experimentally clipped to his suspender belt with colourful plastic laundry pegs, and flinches at the thought of replying to someone as voluminous as you.

You are ahead of the curves and thus, by definition, are around the bend. And we are scared!

Sorry. I’m ‘all of a heap’. It’s a very long time since I have lumbered across such vivid words and imagery…. my over-taxed heart beats suddenly and alarmingly deep within my 4-ton chest cavity and I find myself giddily excited and catching my own fetid breath as I labour to keep my sanity in face of your kind expressions.

It can lead to no good. I am submerging myself in a deep and whiffy pond lest you inflame me more. Goodnight, nadgers; where lardish lumpies are concerned, you are a dangerous man.

As to the eloquent others, I bow in admiration.

Anna, what kind of twisted individual word-substitutes famous lyrics to score anti-Left points?
It ought to be banned.

You can’t say that to me, I’ve got a Tazer and I’ve my two days full training…

It wasn’t half funny when we test fired it at a dyslexic, he went; “HHGRAAA”