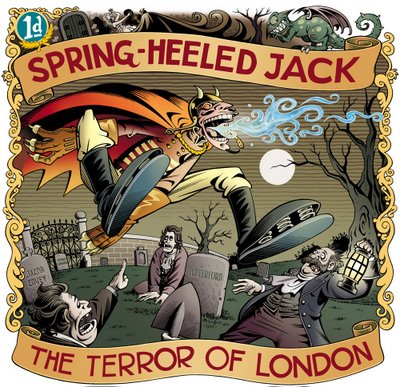 On the eve of the Labour conference, already reeling from the Tonga v Scotland match played out in the Sunday papers to a rapturous audience, Spring Heeled Jack has plunged the dagger deep into the heart of Nu-Labour by threatening to join the Conservatives in their ‘broad tent government’ – a tent that would dwarf his previous grandiose effort, the Millennium Dome, were it to accommodate the ultimate political animal.

“We are building a broad coalition but including Peter Mandelson may be stretching it,” said a Tory source.

The ‘Unelected Ego’ is not called the ‘Prince of Darkness’ for nothing. Having stowed himself away so successfully on the SS Old Labour, and re-emerged as Captain of the slowly and deliciously sinking SS Nu-Labour, he is now seeking passage to the colonies on the SS Conservative, so determined is he to cling to the helm of the great Ship of State.

Mehdi Hasan was sounding off the other day about the ‘right-wing echo chamber’ that was supposedly feeding misinformation to the blogosphere – they don’t need to Mehdi, Left wing politicians give us enough direct quotes to keep any blogger happy.

Oh, to be a blogger now that Labour’s here, da-dum, diddle-dee, tum-te tum-tum…

And on the same day, he told the Sunday Mirror: “Every day we face in one way or another attempts to write Labour off or pretend that some of us are preparing for defeat. That’s not my belief”

Mandy wants to be an ambassador

I’ll say it again: this clever bugger could yet become PM (give him five years).

The ZaNuLab infighting post election will be most delicious to behold.

Hopefully some lobotomised moronic individual, along the lines of Kinnochio, will emerge to make them unelectable for at least a decade.

So Mandelson is already contemplating becoming a Tory GOAT. All I can say is if he does get into bed with the Tories, I wouldn’t like to be the Tongan housemaid who gets to change the sheets next morning. There is only so much any human being should be asked to do for six quid an hour.

Even the motley crew of cognitive dissonance junkies who have bothered to turn up in Brighton to watch their leader defiantly stand athwart reality and thus become a skid mark on the Pants of History must be inwardly screaming, “Pull your head out of your bum and smell the coffee, Mr Brown! The Titanic hit an iceberg not a niceberg!”

In the Times article that you reference it also quotes patronising former Home Office Minister Fiona Mactaggart saying “Most women feel that we are talking about complicated, distant things and are not in touch enough with their lives”. Now, if a bloke had implied that the weedier sex are “thick, myopic, and self-centred” he’d have ended up with Mad Hattie Harman sitting on his face – and not in a nice way. I struggle daily to get the hang of this sexism thing.

I am becoming confused. Is Peter a Tongan, or is that a euphemism I do not yet understand? Does this mean I will be obliged to wear a sarong if I am to be in The Big Tent? As for Hattie, will she be doing the Tongan mating dance and need to put on a bit of weight. Only time will tell.

Isn’t the description of someone who’d sleep with anyone a prostitute or a rent-boy?