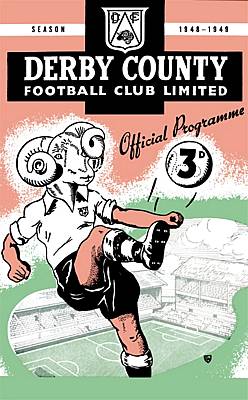 There is a curious anomaly in the football world; in America, land of the free, football clubs are hedged in with rules, regulations, positive discrimination, revenue sharing, salary caps, and enough social mobility experiments to make a Labour politician swoon with pleasure, over here in the land of socialist government, football is allowed to operate as a model of American free-market enterprise.

Whereas Labour politicians slaver to cap the ‘evil’ bankers bonuses, or undo Fred ‘the shred’ Goodwin’s pension arrangements, Cristiano Ronaldo completed an Â£80 million transfer from Manchester United to Real Madrid, and there was not a word of protest from the Nu-Labour cabal of football supporters.

“The new taxation system, and the collapse of sterling [from 1.45 Euros to the pound this time last year to 1.12 now], the domination of the Premier League on that front will go. That is for sure. It will be a financial problem for all the English clubs.”

Xabi Alonso, currently paid some Â£70,000 a week, astonished journalists when he said:

“Of course we footballers think about it [the tax increase]; we are not stupid, we keep an eye on it, when you see your contract down by 30 per cent you cannot be happy. I cannot do anything â it must be Gordon Brown or David Cameron.”

Can you begin to imagine a city banker making a similar statement unchallenged?

This week four Derby County directors were sentenced to substantial prison sentences for their involvement in defrauding the club and money laundering; the judge heavily criticised the fact that when they bought the club ‘for Â£3′, there was no ‘fit and proper person test’ to determine who should be in control of these multi-million pound trusts stuffed with theÂ pennies wrought from ‘hard working British families’ – yet from the politicians who want to regulate authors talking about their books to innocent children – nary a word.

Could it be that the politicians are applying their own values to the football world? The judge also said:

“You, like so many people who commit business and professional crime, somehow give the impression that you do not believe the rules apply to you,” the judge said, “and that what you do in your business life is perfectly acceptable.

“The spectre of prominent members of society behaving in such a dishonest way on this scale, and without any apparent hesitation, conscience or remorse, is very unedifying.”

In America, last month saw the annual National Basketball Association draft, aÂ model of Nu-Labour socialism. Teams are not regulated after a bad season, not only not regulated, but rewarded withÂ chance to pick one of the top amateur players to help them improve. Revenue from the various spin-offs is shared, and there is a salary cap to discourage players requesting transfers for anything so capitalist as mere money. Nu-Labour philosophy to a ‘T’…….

When the Independent Football Commission was set up in 2002, Kate Hoey led a blistering attack on it:

‘The body’s remit and scope merely to receive reports from the FA and the FA Premier League is concerning. It has no power to tackle wrongdoings or make demands on clubsâ¦.The membership lacks anyone associated with fans or who has raised concerns about how football is run… football has shown it doesn’t want rigorous scrutiny, especially from those who might have awkward questions.’

The late 1970’s saw an added political dimension linked to the rise of far right groups such as the National Front and the more hard-line British Movement.

So, we have a hotbed of far right political groups and racism, a disasterous misues and squandering of the money from ‘hard working British workers’, obscene bonuses in the form of transfer fees, and an unpatriotic race for tax efficient havens by the key players……

I am not advocating more legislation for football, heaven forbid, I am just curious as to why Nu-Labour have left this bastion of Libertarianism alone?

In answer to your question Ms Raccoon, because this last bastion of Leibertarianism (as you put it) is the refuge of the working class man. Mess with our footie at your peril…there’s nothing a man feels more passionate about than his football team.

As Henry says, there are some things the Government know better than to mess about with.

Football is and always has been the sport of the working class. Where else could you see people on vast salaries being openly adored by people on the breadline. It is a completely classless sport.

Whenever will a boy or girl from the backstreets reach Wimbledon, or Twickenham or Lords?

What are you Glo?

I have all the ball skills of a butter-fingered ball dropper from Balldropping Land so I’m not really the one to ask; I just thought a little Boo! might surprise you. Ain’t libraries useful every now and again?

Then you can be slip fielder for the Aussies.

An eminently suitable suggestion, my dear Saul. If the prospect of sharing a changing room with me didn’t put the Antipodeans off their game then the repeated faux-girlish “Whoops!”-ies would be more than annoying enough to seal England’s victory.

I can just see Ricky Ponting’s face when you say……

I think it’s time for me to go and treat my dishpan hands to a nice buttery skin treatment ahead of next week’s fielding! Ciao for now and all that.

I only popped out for a coffee and Gloriahavoc breaks out online!!!!!!

How you doing girl? Postman’s just been……..

Huh! Blinked and I missed her.

It would take a solar eclipse to miss her.

If theres no football, there are working class brains who can figure out what the government are doing, Put simply if you mess with the opium of the people the people will wake up and when they wake up they are dangerous..

In that case we know where she is, Saul

She could be in Leeds, looking up the ancestors……

what are the chances Steven Gerrard (apparently a footballer ) gets off his charges on the basis that the judge supports Everton?

Surely Stevie G will receive a fair trial. Just as everyone does in the British justice system………..

Working class sport ?,
have you seen the price of a season ticket these days ?

It never ceases to amaze me that a person can fervently support a team, presumably on tribal grounds, whose players have no local connection whatsoever with the town/city where their ground is situated and whose name is featured in the team title.
Even worse, most of the players seem to be non-patrials, with many of the “clubs” being owned by foreign oligarchs.
You might as well call the clubs “Team1″, Team2″, “Team3″ and so on it makes just as much sense!
Association Football is a game largely watched and played by the uneducated. Players are ludicrously overpaid and the whole crumbling edifice is rotten to the core.
It has been “adopted” by the luvvies in an attempt to be accepted by the common man.
(Oh – and it’s a truly CRAP game, too!)