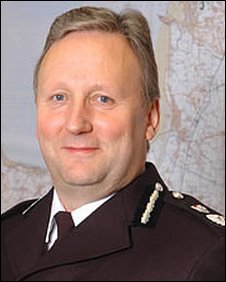 John Ozimek in The Register has an exclusive interview today with Jim Bates, the man firmly in the sights of  Operation Ore Ire. I am reproducing it in full here for the benefit of those who won’t be reading the ‘other side’ of the story in their daily newspapers.

There are those who say (generally from behind usernames and with language so foul that I am forced to moderate their comments) that any attempt to insist on the rule of law where paedophilia – or ‘kiddy fiddlers’, as they insist on describing them, is concerned is ‘supporting child abuse’, ‘encouraging child abuse’. I have found comments on the Internet demanding that ‘I be burned at the stake, in public’.

Let me make something very clear. I do not support paedophilia. I do not support racism. I do support the rule of law, I do support the right of democratically elected representatives to take their place in whatever parliament they are elected to. Knee jerk emotive campaigning against political parties, or against whatever ‘panicomonium’ the government are currently filling the heads of the population with is a recipe for anarchy – and anarchy protects no-one.

What follows is from John Ozimek’s article.

Jim Bates, once recognised as one of the country’s leading computer forensic experts, has made the extraordinary claim that senior police officers in Avon & Somerset and in the Met’s Child Exploitation Online Protection Team (CEOP) have deliberately stirred up and misled public opinion, in an effort to distract attention from a scandal that could soon engulf them.

In a statement to the Reg Bates says that he is now going public unwillingly, but that the level of misinformation being fed to the national media by Avon & Somerset Chief Constable Colin Port is so significant that he has little option but to provide some balance.

Bates expresses the view that despite a long and distinguished career as a witness for the prosecution, his growing concerns over the quality of police forensics work eventually led to his exclusion from the inner circle. This was followed by “intimidation and bullying by the police and some of their misguided supporters”, leading eventually to his conviction for perjury in respect of his academic qualifications.

The current controversy hinges on the status of hard copy images and hard drives seized by Avon and Somerset Police in September 2008: last month a court ruled that the seizure had been illegal, and that the material should be returned, in part to Jim Bates, in part to independent experts.

This was followed by some very high profile media comment by the Chief Constable of Avon and Somerset, to the effect that he would rather go to prison than hand the material over.

Bates now claims that he is “aware (and will prove) that those images had been “exhaustively” examined (unlawfully) by Avon and Somerset police in September 2008 and were identified as being within active and archived case”.

Therefore, he goes on, Mr Port has either been “seriously misled by his own officers”, or presented a misleading and “emotive story for public consumption”.

Bates speculates that a number of elements are finally coming together. First, he observes that preliminary investigation of the drives relating to the case that sparked this train of events provided evidence that might have secured an acquittal: police actions (including their decision to apply for a warrant to a magistrate rather than a judge) disrupted his ability to present that evidence.

The evidence I have collected over the six years since I first became involved in Operation ORE is extremely sensitive and undoubtedly includes information that the police (particularly CEOP) would prefer not to see revealed. It is likely that this evidence will eventually lead to exposure of the biggest police scandal that this country has ever seen.

Thus it appears that this may be a last ditch attempt by the police to cover up possible incompetence (or worse) by Avon and Somerset police and the shortcomings of Operation ORE. Colin Port may have been persuaded to make his stand on alleged child pornography to cloud the issues and retain the illegally obtained data.

I also feel that the recent support for [Colin Port’s] position offered by Jim Gamble of CEOP is extremely interesting given that Mr Gamble headed the Operation ORE enquiry and has more to lose than most when the appalling shambles is eventually exposed.

The relevant facts will be presented to Senior Judges at the High Court during the contempt proceedings scheduled for 16th June. Their decision is what counts, not the unsupported, misleading, inaccurate and emotive utterances of an embattled Senior Police officer.

The Register has asked the relevant police organisations for comment. Avon & Somerset have declined. A spokeswoman for CEOP stated that the allegations of credit card fraud were not new.

Within the UK we put child welfare first. We are duty-bound to establish an investigation where there is an indication that children may have suffered abuse.

During the course of Operation Ore, more than 130 children have been safeguarded and over 2,500 perpetrators held to account. 700 people have been cautioned, meaning that they have accepted their guilt and are now on the sex offenders register.

Assessments came to the UK, cases were analysed and then passed to the local police force. Further assessments were then carried out as to the veracity of the information. Where there were reasonable grounds to suspect an individual, an independent assessment was carried out. Where there was evidence found to say that a person had visited an adult site no further action was taken.

Port and his senior officers have a total disregard for the law, thinking that they are untouchable.

If he felt so strongly about paedophilia, as most people do then surely he wouldn’t have rejected the opportunity to pilot Sarah’s Law last year??

There is something more going on here, whether it is to do with operation Ire, or his involvement in Southwest One, the secretive outsourcing deal with IBM and his force, which should now be exposed by the incoming Conservative county council.

Zak, the last line should be:

And this little piggy went free because the Parole Board couldn’t be arsed to have his paperwork ready.

Lets see how the high court deals with justice !
My guess is, not very well.
A lot of talk but no action, still isn’t that what democracy is?
“he who shouts loudest wins”
I hope I’m wrong, we shall see.

Arthur C Clarke had an interesting take on politics “For imperfect human beings, the least worst answer [is] Demosocracy, defined as ‘individual greed, moderated by an efficient but not too zealous government’”.

Unfortunately our over zealous government has been exercising its collective greed recently and continue to present a ‘one rule for them, one rule for us’ policy when it comes to those MPs who acted illegally.

Too bloomin’ right Zak. I’m not holding my breath for any prosecutions.

I’m sure they will find a way out but if there is incontrovertible evidence they will be hard pressed to squirm out of that. Lets hope the evidence doesn’t mysteriously disappear…

If these people have broken the law and used their position to pervert the course of justice then they need to be held to account, lets just hope the High Court does the right thing.

I certainly wouldn’t point the finger at all the police forces or even the individual officers. without the “good uns” we would be in a worse state than we are now.
I wouldn’t walk past an officer being beaten by a gang of youths, without wanting to help (the officer!! lol). Most of these guys really do care about there jobs and we should be thankfull for that, BUT power currupts and you only need a few at the top to soil all those below.
I don’t even mind if “the guilty ones” are given a damn good pension and retire, as long as they no longer apply their own brand of justice and the legal system can move on with true and honest men.

Looks like there may be some more twists to this saga.
There appears to have been no date on the order to return Bates’s stuff.
the police are therefore not in breach of the order (so they now claim).
So what about the statement (by Port) to the press and on the news, that he will not be returning any of this stuff as it would be against the public interest.
Also (supposedly) 2 officers who need to answer questions on this breach (one has retired and the other went on holiday)
The judges really do need to get to grips with this case,
it’s becoming a farce worthy of a blockbuster film.