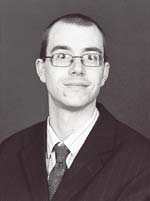 Wikipedia have just admitted that a Labour apparatchik named David Boothroyd, councillor for Westminster’s Westbourne ward, has resigned after being revealed as the person behind the alias ‘Sam Blacketer’ who was involved in editing the on-line encyclopaedia.

Under the name Sam Blacketer, Labour soldier David Boothroyd edited one particular article more than any other: the article on Conservative Party leader David Cameron. On May 15, Boothroyd changed the photo on the David Cameron entry, preferring one “not carrying saintly overtones.”

Elected by the Wikipedia community at large, the Arbitration Committee resolves site disputes and serves as the final word on site policy. In the wake of Boothroyd’s resignation, the community is discussing whether it should review the 18 months of Wiki court cases in which Boothroyd cast a vote.

These people are the most insidious, devious, sinister, control freaks in existence.

OMG. Is Wikipedia not absolute, unsullied fact then?

On the News Quiz once I heard Sandi Toksvig say she had changed science (chemistry or biology, can’t remember which) information on Wikipedia to make GCSE students who relied on it fail their exams. How I laughed!

Brilliant – he is such a tool!

Brilliant – he is such a tool!

Have posted link to you on Mr Dale’s most ‘popular’ thread!

It’s kind of a defining moment for the blogsphere. The freedom to tell the truth also enables the freedom to tell lies. That’s why this worthless piece of sh*t needs stringing from a lamppost. Just as we have shaken free the bonds of control by spinbastards and lobbyc*nts and trolls of every description, along comes another traitor to freedom to piss in our bathwater. David Boothroyd you are a traitor to everything decent and may you rot in hell for ever you worthless poop.

I think we should be told!

Well that worked then

I amended Mandelbum’s entry a few times WRT his misdemeanours. I was warned to desist by Wiki. I wonder if this cnut was responsible for rejecting my amendments.

Yikes, I’m actually quite shocked. I knew that Boothroyd had previously edited Wikipedia under the nicknames Dbiv and Fys (under which he came across as a bit of a crank), but I had no idea he was also Sam Blacketer. In fact, I have honestly found “Sam Blacketer” one of the most fair and impartial editors of articles related to British politics on Wikipedia, so this comes as a complete surprise.

Also, the “not carrying saintly overtones” photo remark was entirely fair and justified, as an inexperienced user had replaced a long-standing and reasonably neutral photo of Cameron with an unlicenced one showing him in a halo of light. Clearly this breached Wikipedia’s policy on neutrality and use of non-free content.

Well he certainly looks the part doesn’t he? Loons, swivel eyed, spring to mind. Still he can probably see things more clearly than the rest of us so probably thought some deceit was justified in order to guide us in the right direction and think correctly.

With apologies to Madness.

Crewegwyn is a bit dense, make allowances for her.

His userpage claims he sent an email resigning from ArbCom for other reasons on the 20th Feb.

While the Wikipedia drones have swarmed in to “protect their own” and have deleted David Boothroyd’s encyclopedia article, they seem to forget that it was released to the public under the terms of the GFDL open license. Therefore, the article is bound to show up somewhere else on the Internet.

Indeed, it already has: