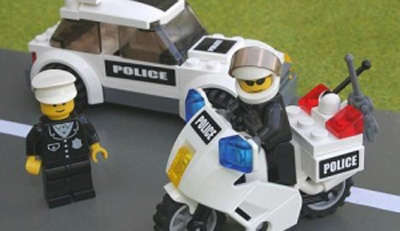 Any lingering vestige of faith that you had in the Great British Press should have been dispelled overnight. There are no journalists in the accepted sense of the word – as being someone who has sieved and sifted through a bulk of information and is now bringing you a fair, balanced, and informative summary.

Detectives working for the McCanns are investigating convicted paedophile Raymond Hewlett after it was revealed he was in the Algarve when Madeleine disappeared.

The inference being that the McCann Team had uncovered vital new evidence – pertinent to the Madeleine inquiry.

You would imagine that the detectives working for the McCann’s would be experienced and competent, after all, the McCann’s have had a string of misfortune with previous ‘crack’ detective teams, some of whom are now serving time for drug offences. You would also expect that such experienced detectives would have taken more than a cursory glance at their informants before making statements that led to this man’s photograph appearing on the front page of the Daily Mirror – had they done so, they might have realised that ‘Alan and Cindy Thompson who met him while on an extended holiday in Portugal’ bore an alarming resemblance to the ‘British couple called Alan and Cindy Thompson’ who were driving through Pakistan several years ago when they stumbled upon the lair of the previously ‘most-comprehensively-searched-for-in-the-world’ person – one Osama Bin Laden. Echoes of Lady Bracknell’s definition of the propensity of good fortune here.

Notwithstanding the dubious nature of the informants, let us look at the suspect. Indeed, Mr Hewlett is a convicted paedophile, he has attacked girls aged 11,12 and 14. Not impossible that he should have changed his modus operandi to include 3 year old girls, albeit unlikely. If it was known beyond doubt that Madeleine had in fact been abducted by a paedophile, that bogeyman of the modern age, then that might have been a point in favour of the Mirror article. Unfortunately, the only indication we have that this might have been her fate, is the statement of one of her parent’s friends that she is ‘positive’ that she clearly saw ‘the abductor’ carrying Madeleine away. Clearly saw, that is, a man of around 35 years of age, with a Mediterranean appearance, who had, according to the ‘official’ documentary, just leapt across a high window sill leaving no forensic trace of himself whilst carrying a 3 year old child. The Mirror accompanied their story with a photograph of a man lying in a hospital bed complete with oxygen mask……..all 64 years old worth of him, and of decidedly Northern European extraction. Aberdeen to be precise.

He was indeed resident in the Algarve during the period that Madeleine disappeared – living with his six children in a converted lorry an hour’s drive away from Praia da Luz, which might seem a remarkably close distance to a couple who feel that 150 yards is ‘like dining in your own garden’ . If he did leave his children and partner sitting on the roadside, for he would scarcely have taken them with him, to snatch Madeleine, if he is a serious suspect, if he could know where Madeleine is being held ‘like a princess’ by kindly paedophiles according to her parents, then why is this being announced to the press complete with helpful photographs ahead of his arrest?

There are other people who have been suggested as possibly having an interest in paedophilia, named in sworn statements by two Doctors, and backed up by a statement from an experienced Social Worker, but unfortunately for the press, they do not have a previous conviction for a sex crime, indeed they are an apparently respectable professional person – no doubt why their photograph has not been plastered over the front pages of our national press with the insinuation that they are involved in Madeleine’s disappearance. No such luck for Mr Hewlett.

This must be the first time in history that a ‘private police force’ comprised of private investigators, have been given prime time television and front page space to denounce a suspect in their own investigation where the parents, their employers, have refused to answer police questions and have declined to attend a reconstruction to assist with official police enquiries with the result that the official inquiry was archived.

I have blogged before regarding the report compiled by SOCA on private detectives and involvement in official investigations.

I gave up reading the press (newspapers) many years ago as they are just sensationalist chip wrappers, (well they were then, before H&S took an interest.) As for the private police force (private dicks come to mind) employed by the McCann’s, must see Madeleine as a cash cow and the more they, not Maddy, are seen in the limelight the longer they will be able to draw on the purse strings provided by donations from the public to find her. The whole case stinks of incompetence!

I’ve sent the link to my friend in Praia da Luz.

maybe we could hire a private dick, with maybe, some years of experience with the RUC or Yorkshire or West Midlands police???
Raise the money via a public appeal??

Maybe plod should just go pay a visit to the McCanns, maybe early hours of the morning, arrest them and throw them in Guantanamo, before it closes, harrass them as many would be harrassed and find out ‘what really happened’ that night???

Presumably, this ‘new’ exposue is all about keeping the ‘search’ for Madeleie in the public eye – a lot to achieve with our government coming apart at the seams…..

We must change this.

A good journalist who proves to be popular will be followed and read on the internet …………. I am sure that most journalists don’t want to write the cr*p they do ………… but given the alternative of getting the sack ………… how can they do otherwise?

The Government have allowed us to use the most dangerous weapon known to man …………. The World-wide web. We need to use it now before we have it taken away from us …………. like everything else.

Hang this Government! …………… And drag that Clan back to Portugal for some serious questioning.

Eddie and Keela are asking me why they could smell blood and cadaver scent in apartment 5a and in the Clan car ………. Oh! And then there was cadaver smell on K Woman’s clothes and the Cuddle-Cat toy that she alleges to have gone hanging around dead bodies with whilst at work as a GP.

Just how many Ministers and other Gov. officials in how many different Governments are using rent-boys or using children for sex these days? ……….. Really? ……….That many? ………. I am not surprised!

What say you Gordie Browneye? What say you? …………. A blind man on a galloping horse would have taken more interest in the Gasp*rs statement than the Leicester Police did!

Should we not all be asking why one of Her Majesty’s subjects has been allowed to disappear into thin air without as much as a pretence at an enquiry? Why have the Clan not asked for this? Why have they not sued the PJ for their ‘incompetence’? Mmmmm ……..

Are we not allowed to question why certain members of the Clan are not sueing the foreign Press for all the serious allegations being made against them? ………… Fear of a Court case perhaps?

Why wouldn’t K Woman and Merry Gerry help the Portuguese police as much as they are helping these rather peculiar policemen who are currently ‘investigating’? Mmmmm ……….