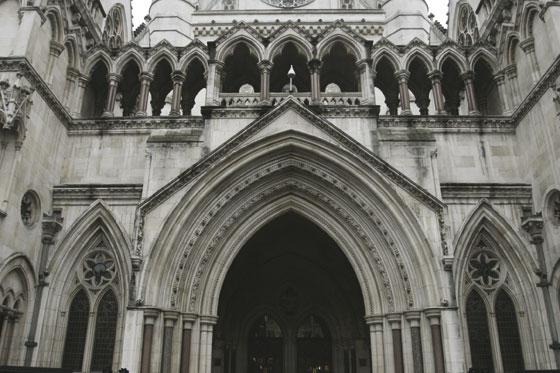 The Government has said today that it will take measures to limit costs in libel cases “unless compelling arguments emerge against doing so”.

When Lord Woolf recommended the Conditional Fee Agreement (CFA) as a way to create a system where the courts were open to all regardless of means, he did so with the genuine and laudable intent of granting access to justice for plaintiffs denied recourse to legal aid.

Nowhere was the CFA taken up more avidly than in defamation claims. There is now genuine concern that the effect of CFAs in defamation proceedings is undermining freedom of speech, particularly in the media.

Libel costs for news organisations have escalated in recent years because of the huge costs of settling cases brought under no win, no fee rules. The Conditional Fee Agreements allow claimants to pay nothing up front on the understanding that their lawyers can double their money if they win. With media lawyers charging up to £700 an hour, £1400 per hour for a ‘winning’ lawyer, costs settlements often hugely outweigh any damages paid.

Combined with the burden of proof resting on the defendant, the system has ensured that newspaper editors have a choice – only print those stories which are provided by the PR guru’s behind various celebrities, or send your journalist out to investigate hard stories and risk, as the Guardian did, a bill from Carter-Ruck for £803,000 for a relatively minor libel which had resulted in a payout of ‘a few thousand’ to the organisation libelled. This seriously undermines the ability, and appetite,  of journalists to investigate difficult issues.

Last year, the Mail on Sunday paid £5,000 in damages to MP Martyn Jones after accusing him of swearing at a Commons official – but paid out £520,000 in libel fees to the plaintiffs legal team.

Speaking at the Press Gazette Media Law Conference earlier this month, lawyer Julian Pike revealed that the cost risk to a publisher of defending a major libel case at trial was now £2.4 million. Little wonder that newspapers are so quick to settle ‘out of court’ for sums of money which may seem impressive, but are but a drop in the ocean compared to the lawyers bill lurking behind them.

The parents of Madeleine McCann were successful litigants this summer, as were their friends, and Murat the third arguido. A high proportion of the stories in the British press that they claimed had libelled them originated in the Portuguese press and had been picked up by news starved journalists working for the British press. However, reprinting something which has appeared in another publication is merely ‘repeating the libel’ and under British law, the newspapers concerned had a choice between proving the truth of the Portuguese allegations, obviously an impossibility since the PJ themselves could not produce sufficient evidence to mount a prosecution, or settling out of court quickly to minimise the outlandish bills which were heading towards them from the litigants high powered legal team.

Such settlements remain an ‘economic reality’ rather than a reflection of where the truth may or may not lie.

The Ministry of Justice has today issued a consultation paper “Controlling costs in defamation proceedings”.  The paper estimates that defamation proceedings in England and Wales cost a total of around £15m a year, in legal fees alone. In these straightened times, that is a lot of good journalism that could be paid for – out of 50 major libel or privacy actions launched in the last six months, the Press Gazette could find only two which had been successfully defended – meaning quite simply, that the publishers got to pick up the lawyer’s bill in all the other cases.

Kittens! Do any of you know if there are any jobs going at Carter Ruck?
Looks like money for old rope to me.

I think Blink is absolutely right.

In a past life I was a serf ………… and I knew my place. So I take it that all
this working towards classlessness is a thing of the past in the UK now?

To be honest – it’s probably better all round that we know where we stand
………… Too many npeople have been wandering around thinking that they are as
good as their betters.

Some people are obviously not as equal as others ……….. and I am just
bgrateful that we have it all in black and white.

I will sleep much more easily in my bed now. I am just glad that people
like Maddie’s Clan don’t have horrid people like me ferreting about in their
private and personal business.

As Clearance Mitchell has said many times ………. it is just wicked and
ludicrous for them to have to explain themselves to us and the PJ ………. They
are respectable doctors and high-flyers – and anything dubious has a perfectly
reasonable explanation.

(Coco doffs her cap and bows her head most politely as she leans over her
lap-top to partake of a warm mead in a pewter mug.)

Maybe if no one investigates anything then we will all rest easy in our
beds at night.

I’ve been hard pressed to find any quality investigative journalism
happening in the UK for nigh on a decade, no, a quarter of a century, maybe
more…..in the name of justice it is better that those that have the most to
lose, government, big business and celebrities should be looked after by a
system that provides us with only the images they want us to have – the rest
of us are criminals anyway, by definition.

Decade eh? Just about the time the Woolf reform kicked in and all this
CFA nonsense started………