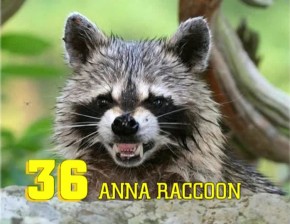 Momentarily putting aside those issues that invoke impassioned debate as well as those that inspire apathy, allow the management the luxury of basking in the rewards of their endeavours, pop-pickers. The latest figures for the top 100 political blogs have been published and the Raccoon Arms is positioned at No.36. And whilst that may not exactly sound like gold and platinum disc territory, bear in mind that, of the 35 above us in the hit parade, a mere three share our punk/DIY ethic, in that the rest are produced by political parties or organisations and think-tanks affiliated with political parties. They have big resources promoting them, whereas we are a non-profit blog – not that it isn’t tempting at times to succumb to the allure of advertising and the trickle of cash it can bring with it; but wouldn’t ads ruin the decor here?

Perhaps with the absence from the charts of such headline-grabbing blogs as barristerblogger and – especially – Exaro (with the latter receiving an inordinate excess of mainstream coverage in proportion to its audience), our presence is all the sweeter. Thanks for tuning-in and keep spreading the word. No.35 is in our sights.

Keep up the good work. Frankly I would rather pay a subscription than have to suffer advertising. Not that,that is an invitation!

Agreed – I’d rather you paid a subscription too – ideally mine !

Great result Anna, Pet & Co, just try to avoid getting run over by a Segway while celebrating – happens to the best of ’em apparently.

And I always thought a segue was like side 2 of ‘Abbey Road’!

Ohhhh, back of the net!

” …. whereas we are a non-profit blog” – a euphemism for loss-making charity?

I for one, see no harm in monetising the site with ads. Many blogs I visit have them, and I’m self-trained to ignore them. At the very least they’ll cover your costs. You (all) deserve it.

Congratulations to all involved.

There really is some excellent writing here.

As the song says “congratulations and jubilations”, a fitting tribute and reward for all concerned. Please don’t go down the advertising route though, it would definitely ruin the ambience.

But do keep up the good work. And I did stick my ten cents’ worth in on the poll.

The one and only in my book.

The very first blogsite that I tried some years ago was this very one – and of course I fell in love with the landlady. I very much doubt I was the only one!

Goodness knows how Labourlist got to number one. Ugh……

The same way ‘X Factor’ and ‘Strictly…’ are the tops in TV….

I’d hardly heard of any of them – though it was comforting to see Tom Watson limping in at 87.

BarristerBlogger is of course top dollar stuff on a par with AR – but maybe it’s regarded as being outside the ‘political’ heading.

Also of note that this is an advertising free blogsite , despite lures being two a penny. Truly indie.

Yes, I was surprised BarristerBlogger wasn’t in there, though the absence of Exaro was nice.

Small deft hands, can wield mighty swords. Good blogs, provide a rare pleasure, here, there is a considerable effort made to give pause and with the occasional rapier riposte, one must be wary, be minded to carefully take one’s guard.

Though, always a delight.

Well-deserved indeed, and essential daily perusal for me, an expat of 45 years standing. It is a pleasure to be certain to find articles that are well-written and researched, and civilized ripostes. I shall continue to do my best to spread the word, so please ensure that there remain words to be spread.

I reckon it’s because the bar staff never water the beer. It’s always full strength and full flavour. That, and the thoughtful quality of the vast majority of the customers.

Congratulations. Of all of those above you I think only one or two are written by people such as yourself. The rest, like politicians, get voted for because of what they are.

36 is a great achievement and you are rightly shouting it out.