The American arm of the ‘League for the Revolutionary Party’ describe themselves as ‘revolutionary optimists’. ‘Optimists’ is an understatement, they are lonely Bolsheviks at sea in an ocean of avowed capitalists. They publish a magazine called ‘Proletarian Revolution‘. It makes for unintentionally hilarious reading.

Human beings are ‘pack animals’, and it is difficult being a Maoist or Trotskyist ‘pack animal’ in the financial heartland of America, so no surprise that they reach out enthusiastically wherever they sniff a fellow traveller in the world. Thus it was that when one day they received an e-mail from a ‘Viktor Voronov’, supposedly the head of the ‘RWO’ which purported to be the ‘Revolutionary Workers Organisation’ of Ukraine telling them of the hardships being endured by fellow revolutionaries as they attempted to tempt enthusiastic post-Communism fellow citizens back under the ‘yoke of Communism’ – the American Bolsheviks were delighted.

We conducted an extensive and politically detailed correspondence with them on major political questions over several years. We had intricate exchanges with them on immediate tactical situations and the working out of political lines for leaflets and demonstrations concerning the class struggle in Ukraine.

So delighted were they, that they raided the coffee tin and invested in tickets to fly out to Kiev to meet him and hear him address a meeting ‘of about a dozen people’ and to meet Viktor’s friend Zakhar, who purported to be a member of the International Bolshevik Tendency’s (IBT) affiliated group. Later they flew to Warsaw to attend the ‘Communist Organisation for the Fourth International (COFI) and met ‘Igor’ another of the elusive Bolsheviks.

Heady days for the lonely Trotskyists. Of course they raised funding for these oppressed workers!

If only they had maintained closer relations with the Socialist Workers Party in deepest Brixton, or perhaps the ‘Alliance for Workers Liberty’ in even deeper Peckham and exchanged photographs of their Trotsky pen-pals they would have uncovered some interesting facts. ‘Victor Voronov’ was not just corresponding and pleading for funds from the American Trotskyites, but as ‘Oleksander Zvorsky’ (resist the temptation to sound like a Compare-the-Meerkat Ad, as you read this) he was simultaneously targeting other lonely outposts of the Maoist world.

They flew here, there, and everywhere, addressing conference, raising the hopes of De Leonists, Far-Left Communists, Maoists and orthodox Trotskyists. There was life out there! Between them they had 12 depots of lonely Trots sending them money to continue the struggle of the oppressed…..

There were some very red faces when the oppressed workers of Peckham and Manhattan realised that they had been financing the high life of International jet setting for a group of fraudsters.

It was the web group of the ‘Leftist Trainspotters‘ (no, no, really! I kid you not) that finally got to grips with the problem and unwound the fraud, back in 2003, in between the ‘apologies for absence’ from Comrade Janet and appointing Comrade Gwynne as auditor of their depleted funds…

Have they all learned their lesson? Did you really expect rich metro socialists to learn from history? 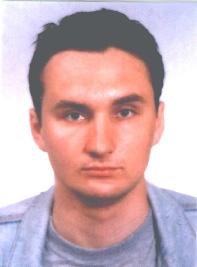 Last month ‘Zakhar Popovych’ (now spelt with a ‘y’) was addressing the House of Commons – Yep, its the same man who was ‘Alexandr’ in the Revolutsionnaya Kommunisticheskaya Organisatsiya. ‘Alexander’ in the ‘Ukrainian Workers Group’ and was expelled from the ‘Committee for a Workers’ International’ for his involvement in the fraud.

Apparently John McDonnell, the MP for Hayes and Hillingdon invited him there to explain to the gullible what was happening in the Ukraine…

I’ve had a little card through the door advertising the Socialist Party…. forget the exact phraseology of exactly what sort of Socialist they are. The card is fantastic, telling me how to imagine a future of me not owning anything, getting everything for free just by asking and working at whatever job I liked to choose, whether a brain surgeon or a street cleaner (I paraphrase). Anyhow, the MOST interesting thing I thought, for them to go to all this expense of leafletting is that they are doing it for the Euro-elections when there is not any first-past-the -post voting system in the UK. Perhaps they figure they can roust up enough votes to get one of the Proletariat aboard the Euro Gravy Train too!! Worth a punt I imagine. As I read it, I kept thinking of John Lennon’s refrain of the 1970’s, “Imagine there’s no Country”

In a way, we are almost at that Utopia of ‘not owning anything’ now. Nobody ‘buys’ anything now, they merely mortgage their lives away for absolutely every obsolete household item, be it car, fridge or sofa.. plus shortly ‘owning’ things like music will be a thing of the past once ‘streaming’ really takes hold, and will ultimately be beholden to subscription-only service thus ensuring their lives are hamster-wheeled in every possible way. And, of course, with everything else in the hands of others everything can be confiscated/removed easily.
Which is perhaps the ultimate Capitalist warping of ‘socialism’ imaginable.

Is there any limit to the breadth & depth of subjects for your intriguing postings, Ms Raccoon?

Not only do you publish on subjects I suspect few of your readers had been aware of previously, but your compositions are such that they encourage further research. Often they end with a delicious sting-in-the-tail.

Bravo for the French Health Service.

You realise that this, too, is the internet, don’t you?

Now, will the Raccoon laugh, or bite

Whilst I concede I hadn’t considered there may be Anna-Clone(s) [so apposite with this posting’s title], there surely can’t be multiple creators of such consistently tantalising postings’ titles?

Who you callin’ Schizoid? Eh?

Just added this Link to that youtube link to the IS Network.
https://www.youtube.com/watch?v=Eqf2WaXpGeQ
Wonder if anyone will notice…..

Surrealism is simply one click away from an A-R (or her readers’) link.

Todays discovery is that there are un-oxymoronic “Impossibilist political organisations”.

There are close similarities in the more extreme political ideologies and theology. There is jargon, the close analysis of ever more minute issues, and endless arguments over them. I was going to say this was a defect of men, then I realised Radical Feminism exists.

But there are theories at the bottom of our jargon.

Those not so clever fraudsters battened on the impulses we humans have to find like minded persons. They relied on those clinging to discarded political ideas to be ready to climb on their raft. Last night on tele we were subjected to a jolly patriotic song by a party with Democracy in its title. More entertaining than the usual fodder we get fed. I suppose It takes a place where those trying to buy duck kennels with our money, to invite a political fraudster to come and try to explain Ukraine again, to make it plain about the pain of living in Ukraine and Putins campaign to gain Ukraine. I can’t find anything to rhyme with gullible so I won’t go there.

More confirmation that any organisation with the word ‘workers’ in its title has very little to do with actual work (Apart from avoiding it as much as possible), and leeches off everyone else without even the slightest hint of conscience.

And any combination of “People’s” “Democratic” “Republic” will be precisely the opposite.

Not just con artists then but people capable of believing the insane fantasies they weave. Sounds like they should be working for the BBC, The Guardian or The Indy. The cause of advancing the agenda has need of their talents.

Arthur Scargill would be proud, and it’s easy to see why Obama and Ashton go along with this madness, but you have to wonder how Camoron justifies supporting Trotskyists calling themselves civil society, has he given up security briefings for additional twitter time? All the hallmarks of Socialist International.

Roll on 3 June, I am looking forward to the gas to Europe being cut off! Hey camoron, get ahead of the morons for a change #bringbackourgas

Hands off the LRP / COFI!!!
Theory of Statified capitalism is correct!