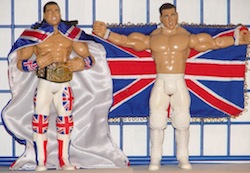 Ian Duncan-Smith lit the blue touch paper under the Internet savvy UKIP members late last night, by midnight they were howling at the moon – 900 vitriolic comments under an article that didn’t appear until 7.30pm!

The cause of the vitriol and hysteria? – IDS had revealed that Britons who had paid , their contributions for their pension for 30 years were acting as though they were entitled to receive it, and the European Courts were backing them in a ‘ridiculous ruling’ that was costing the country around half of the £53 million the UK cheerfully shelled out to ensure that more than 15% of the Congo electorate ‘engaged with the democratic process’.

For some reason, that £53 million to people who have ‘no link’ to the UK didn’t cause the Little Englanders any pain; they certainly weren’t up all night swigging Gaviscon.

Last night they were – because it was an EU ruling from ‘unelected, undemocratic, Eurocrats’ who were forcing ‘decent hard working tax payers’ to live in penury so that pensioners living 20 miles the other side of a stretch of water could be paid the same elements of the retirement pension as those in the UK.  Merely, merely! because they had a ‘link’ to the UK (as working and paying your contributions for the required number of years to be entitled to a retirement pension is henceforth to be known).

One chap was so incensed by the idea of ‘foreigners’ (as pensioners with an address in Europe are now to be known) ‘picking up’ a buckshee cheque for £200 at his expense, that through spittle flecked speech, he was forced to explain that his brother had moved to France some years ago – and he had never visited him there because he had no intention of ‘driving on the wrong side of the road’ or ‘eating foreign food’ and he would be voting for ‘democracy to be restored to the UK’. Sheesh! 70% of the world drives on the right, so democratically and globally speaking, he’d better get used to the idea of driving on the ‘wrong side of the road’ – and good luck not eating ‘foreign food’ in the UK. No wonder Telegraph readers are the world’s largest consumers of Gaviscon (OK, I made that up) – but really, where do you find a British tomato in December? He must live on a diet of sugar beet and mutton to avoid ‘foreign food’.

Talking of democracy, wasn’t one of those ‘unelected, undemocratic, Eurocrats’ actually elected by the people of Britain some years ago – Nigel something or other. Can’t think what happened to him…..

As it happens, back in July the Department of Works and Pensions was advising IDS to expect an increase in Winter Fuel Payments to those dastardly pensioners who dared to live the other side of the English channel to amount to £80 million – but lo! yesterday IDS was forced to ‘hit out’ as pensioners ‘pocketed cheques intended to help the elderly’ and which only amounted to 25% of the expected increase…..£21 million.

A DWP spokesman said it was impossible to tell how many of the new claimants were foreigners with links to Britain.

‘Foreigners with links to Britain’ – by definition they could only be ‘foreigners’ who had chosen to live and work in Britain long enough to earn full pension rights, so what difference does it make where they had originated from? They had agreed to pay into a pension fund, which given their current age, was busy paying out pensions and related benefits to individuals who had never put so much a a single penny piece into their ‘pension’ – on account of the retirement pension not having existed when they were working back in 1930 or whenever.

It is beyond parody that a country memorably described as a ‘banana republic’ by a High Court Judge in respect of its ability to run free and fair elections, and which couldn’t get 15% of its own citizens out to vote for the new Police Commissioners, should pay out an average £350 per household to the mud huts of the Congo to ensure the required number vote – but begrudge its own citizens £200 on the grounds that they are ‘foreigners’ now, living in ‘EUbongo-bongoland’.

Cut pensions by £200 across the board by all means, if you can live with the decision politically and the country can no longer afford the current rate – pensioners are remarkably hardy creatures, that’s how we got to be pensioners, we will manage somehow; but is it really necessary to engage in this xenophobic battle of words and underhand dance of the dodgy statistics?

http://newsnetscotland.com/index.php/scottish-economy/8083-whitehall-department-confirms-state-pension-safe-after-independence
The UK’s Department for Work and Pensions (DWP) has confirmed that UK pensions will continue to be paid in full to Scots, even if Scotland becomes independent.

It seems a very odd issue for the Powers That Be to be carried away with, unless one understands the topsy turvy world of post war British state. Come here from the other end of the world – or indeed the EU – having had no practical connection with or contribution to the country, and welcome to benefits and free health etc. But if you have paid in all your life, as perhaps for generations before have done, also perhaps risking or giving their lives in the defence of the country and freedom, then you have a government which will, it seems, try to do you down at every opportunity.
Also, if I used the words “foreigners with links to Britain” to describe many a section of modern society I would be hurled into the fiery abyss for racism, I suppose. But perhaps I am just getting old.

I paid into my pension fund. I fought for my country. I now live in Oz. My pension was ‘frozen’. No heating bonus for me, although there was snow on my roof this winter.

How dare I live abroad !!

Let’s forget about the relief my living abroad gives to the NHS, the roads, the aged care industry, heck even the funeral industry. I save the UK thousands by living overseas and getting old here. But does that make a good case for giving me my earned pension? Not according to the Guvmunt; thieving bastards.

Absolutely Amfortas – they probably figure they can get away with shafting you more than us in Europe on the grounds that we may just rise up and return to the UK – whereupon that 200 would seem a drop in the ocean compared to what we could claim!