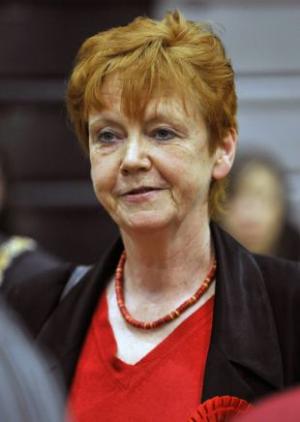 Vera Baird is calling for Sir Norman Bettison to quit his job over claims that he tried to discredit a senior judge by attempting to prosecute him.

It is alleged Sir Norman Bettison, chief constable of West Yorkshire, was one of several senior staff looking to charge Lord Justice Taylor with perverting the course of justice.

The attempt came after an un-named police driver is said to have heard him say to a senior officer “I suppose you realise that to give this inquiry any credibility we have to apportion the majority of the blame to the police?”

But while he was setting out the initial police failings, senior officers were trying to have prosecutions brought against him for a comment about who was to blame.

Yes, that Vera Baird the only Solicitor-General to ever have disgraced the post by being forced to apologise to a senior judge – for attempting to discredit him.

History will forge its own version of Vera Baird’s meteoric rise from very
humble beginnings. And perhaps she was destined for the dirtiest of
professional fouls. Another decent Northerner, Peter Taylor, former
Huddersfield Recorder of the sixties, was far too honest to avoid sharing Ms
Baird’s enemies. And Sir Norman, Grand Master of Soiling and policeman
extraordinaire who built a surprisingly successful career on little more than
a natural gift for smearing his rivals, hated both.
History, when written
by winners like Sir Norman, is a mongrel beast.

Thanks Anna. That post has just reminded me. Badger culls, I have to blog
about badger culls……..

And I have an excellent post from Chris that I shall put up in the
morning now.

Oh God, I can’t bare this. What on earth is going on? Who the hell can
anyone believe? They all bloody well lie. It just isn’t good enough to blame
The Police. Many more circumstances were also responsible. Not least Soccer
Hooligans. And I have just about had enough of them.

Badgers? I don’t think that Badgers were responsible for my Tuberculosis
in 1970. I lived in London and had never seen a Badger in all of my life.
But nor was The Third World responsible. It is a Genetically Susceptible
Disease that killed my Mother in 1947, and was well ingrained by then, in
Britain. In fact I would go so far as to say that Britain introduced
Tuberculosis to The Third World. Unfortunately, it is incurable, although
they never quite get around to admitting that. You beat it or you don’t, but
don’t ever imagine that Badgers or Black People are responsible because they
aren’t. Tuberculosis was killing British people long before we even knew
what The Third World was. And before we ever even saw a black person. Or a
Badger, for most of us..
Okay, Kill Badgers. Who cares? I can’t do
anything about that. I have only ever seen one Badger in all of my life, and
such a beautiful thing he was. Wow, what a plodder he appeared to be as he
walked across some French rural road in the depths of some dark night.

Incidentally, I buy Raw Milk from my local Farm. The Cows are Tuberculin
Tested. And the last thing that is going to kill me is a Badger.

Sorry about that. I am so tired of so many people always knowing that
they are right when most of the time they don’t know their arse from their
elbow. Or anything about being really kind people. No one is ever entirely
wrong..

No one is ever entirely wrong

My wife wouldn’t agree with you about that.

And who can blame her?