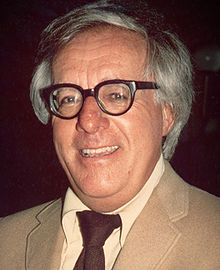 Ray Bradbury who has just died, wrote the famous Fahrenheit 451 book which was about a dystopian future where books were outlawed because the pace of life had become quick and where news and entertainment is piped 24/7 everywhere. Books were seen as outdated and slow and went out of fashion. The state did not start the censoring but exploited it and dictated that because books could be offensive to minority groups that they should be destroyed.

In the book, Guy Montag, the fireman is told by his chief, “Bigger the population, the more minorities. Don’t step on the toes of the dog lovers, the cat lovers, doctors, lawyers, merchants, chiefs, Mormons, Baptists, Unitarians, second-generation Chinese, Swedes, Italians, Germans, Texans, Brooklynites, Irishmen, people from Oregon or Mexico. The people in this book, this play, this TV serial are not meant to represent any actual painters, cartographers, mechanics anywhere.”

But surprisingly Bradbury‘s own books were censored too. Or to be more exact, edited in ways which were more censoring rather than proper editing for style.

When he found out about it, he wasn’t happy to say the least. He said “There is more than one way to burn a book. And the world is full of people run­ning about with lit matches.”

So, in memoriam, Ray Bradbury’s Coda:

About two years ago, a letter arrived from a solemn young Vassar lady telling me how much she enjoyed reading my experiment in space mythology, The Martian Chronicles.

But, she added, wouldn’t it be a good idea, this late in time, to rewrite the book inserting more women’s characters and roles?

A few years before that I got a certain amount of mail concerning the same Martian book complaining that the blacks in the book were Uncle Toms and why didn’t I “do them over”?

Along about then came a note from a Southern white suggesting that I was prejudiced in favor of the blacks and the entire story should be dropped.

Two weeks ago my mountain of mail delivered forth a pipsqueak mouse of a letter from a well-known publishing house that wanted to reprint my story “The Fog Horn” in a high school reader.

In my story, I had described a lighthouse as hav­ing, late at night, an illumination coming from it that was a “God-Light.” Looking up at it from the view-point of any sea-creature one would have felt that one was in “the Presence.”

The editors had deleted “God-Light” and “in the Presence.”

Some five years back, the editors of yet another anthology for school readers put together a volume with some 400 (count ‘em) short stories in it. How do you cram 400 short stories by Twain, Irving, Poe, Maupassant and Bierce into one book?

Simplicity itself. Skin, debone, demarrow, scarify, melt, render down and destroy. Every adjective that counted, every verb that moved, every metaphor that weighed more than a mosquito—out! Every simile that would have made a sub-moron’s mouth twitch—gone! Any aside that explained the two-bit philosophy of a first-rate writer—lost!

Every story, slenderized, starved, bluepenciled, leeched and bled white, resembled every other story. Twain read like Poe read like Shakespeare read like Dostoevsky read like—in the finale—Edgar Guest. Every word of more than three syllables had been ra­zored. Every image that demanded so much as one instant’s attention—shot dead.

Do you begin to get the damned and incredible picture?

How did I react to all of the above?

By “firing” the whole lot.

By sending rejection slips to each and every one. By ticketing the assembly of idiots to the far reaches of hell.

The point is obvious. There is more than one way to burn a book. And the world is full of people run­ning about with lit matches. Every minority, be it Baptist / Unitarian, Irish / Italian / Octogenarian / Zen Buddhist, Zionist/Seventh-day Adventist, Women’s Lib/ Republican, Mattachine/ Four Square Gospel feels it has the will, the right, the duty to douse the kerosene, light the fuse. Every dimwit editor who sees himself as the source of all dreary blanc-mange plain porridge unleavened literature, licks his guillotine and eyes the neck of any author who dares to speak above a whisper or write above a nursery rhyme.

Fire-Captain Beatty, in my novel Fahrenheit 451, described how the books were burned first by minori­ties, each ripping a page or a paragraph from this book, then that, until the day came when the books were empty and the minds shut and the libraries closed forever.

“Shut the door, they’re coming through the win­dow, shut the window, they’re coming through the door,” are the words to an old song. They fit my life-style with newly arriving butcher/censors every month. Only six weeks ago, I discovered that, over the years, some cubby-hole editors at Ballantine Books, fearful of contaminating the young, had, bit by bit, censored some 75 separate sections from the novel. Students, reading the novel which, after all, deals with censorship and book-burning in the fu­ture, wrote to tell me of this exquisite irony. Judy-Lynn Del Rey, one of the new Ballantine editors, is having the entire book reset and republished this summer with all the damns and hells back in place.

A final test for old Job II here: I sent a play, Leviathan 99, off to a university theater a month ago. My play is based on the “Moby Dick” mythology, dedi­cated to Melville, and concerns a rocket crew and a blind space captain who venture forth to encounter a Great White Comet and destroy the destroyer. My drama premieres as an opera in Paris this autumn.

But, for now, the university wrote back that they hardly dared do my play—it had no women in it! And the ERA ladies on campus would descend with ball-bats if the drama department even tried!

Grinding my bicuspids into powder, I suggested that would mean, from now on, no more productions of Boys in the Band (no women), or The Women (no men). Or, counting heads, male and female, a good lot of Shakespeare that would never be seen again, especially if you count lines and find that all the good stuff went to the males!

I wrote back maybe they should do my play one week, and The Women the next. They probably thought I was joking, and I’m not sure that I wasn’t.

For it is a mad world and it will get madder if we allow the minorities, be they dwarf or giant, orangu­tan or dolphin, nuclear-head or water-conversation­ist, pro-computerologist or Neo-Luddite, simpleton or sage, to interfere with aesthetics. The real world is the playing ground for each and every group, to make or unmake laws. But the tip of the nose of my book or stories or poems is where their rights end and my territorial imperatives begin, run and rule. If Mor­mons do not like my plays, let them write their own. If the Irish hate my Dublin stories, let them rent type-writers. If teachers and grammar school editors find my jawbreaker sentences shatter their mushmilk teeth, let them eat stale cake dunked in weak tea of their own ungodly manufacture. If the Chicano intel­lectuals wish to re-cut my “Wonderful Ice Cream Suit” so it shapes “Zoot,” may the belt unravel and the pants fall.

For, let’s face it, digression is the soul of wit. Take philosophic asides away from Dante, Milton or Ham-let’s father’s ghost and what stays is dry bones. Laur­ence Sterne said it once: Digressions, incontestably, are the sunshine, the life, the soul of reading! Take them out and one cold eternal winter would reign in every page. Restore them to the writer—he steps forth like a bridegroom, bids them all-hail, brings in variety and forbids the appetite to fail.

In sum, do not insult me with the beheadings, finger-choppings or the lung-defiations you plan for my works. I need my head to shake or nod, my hand to wave or make into a fist, my lungs to shout or whis­per with. I will not go gently onto a shelf, degutted, to become a non-book.

All you umpires, back to the bleachers. Referees, hit the showers. It’s my game. I pitch, I hit, I catch. I run the bases. At sunset I’ve won or lost. At sunrise, I’m out again, giving it the old try.

And no one can help me. Not even you.