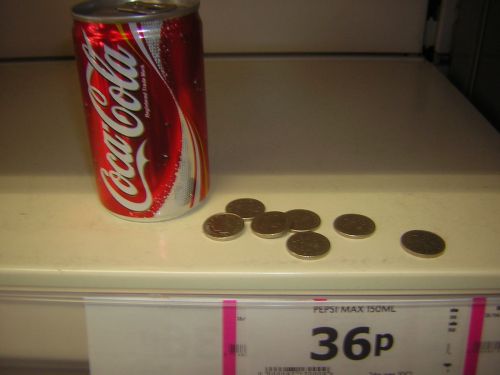 I strive to legitimise the proactive use of common sense
To no one theory should we have any adherence
Thereâs not just one problem on which we should be focusing
Nor a single strategy that we should be pursuing
In lieu of the pluralist necessities of governing
In practice, in reality, thereâs a need for some of everything
(Not everything, obviously, but for Christâs sake, letâs at least open our minds a bit)

When communication is heavily influenced by perception
How much can you really tell from a general election?
Can you seriously claim to judge preference or direction
When the electorate consistently look to the perceived lesser of two evils for protection?
Only about 40% of the votes cast, according to my recollection
Were for a party in favour of short-term deficit reduction
(You have to admit, we have a pretty interesting electoral system)

Our legislators are set up to end up like they have, and thus
The sole job of the Whips is to hinder the democratic process
While party politics helps to prevent opinions from being discussed
Some say to ditch Cameron, but heâs only a figurehead
Better yet, that whole thought process needs to be put to rest
Prescribing largesse, expenses and investments in Natwest
(Theyâre not bad people; theyâre stuck in a pernicious incentive structure)

Courted by a bunch of MBAâs
What did some industry body tell them to do today?
If we have to keep spending low so that the government can borrow
Then maybe thatâs not the best way to raise money for tomorrow
So-called investors only have as much power as we give them
Given that money and value are artefacts of our perceptions
(If money is a human creation, why must the government, ostensibly the collective of humans, borrow it?)

Our Parliament is littered with superfluous luncheons
False economies of consumption, corruption dressed up as private functions
Thatâs how we end up at Kafkaesque junctures
Like how a fast food chain and a soda company
Have been entrusted to tell the government what to do about health policy
Now, everyone is suddenly really thin and healthy
(Nice one)

I intended to commit on your first part but never got the time.

Firstly I agree. There is no simple solution or single system of success if
there was we would all be using it.

It may be strange but I see a similarity with your points with the martial
arts teachings of Bruce Lee.

Originally he studied Wing Chung. He thought it provided all the defensive
answers and was the best system. However when it came to practical application
of theory; when confronted with the ever changing and unpredictable nature of
fighting an opponent. He realized that he was limited by adhering to specific
responses to attacks.

He studied many various systems of combat and finally realized No System is
the best approach. Being ready, free from doctrine & adaptable to the
unique circumstances of a threat allows you to respond appropriately to your
advantage.

Apologies if that makes little sense but the point is supposed to be there
is no answer, response or system that is always adequate.

What we require is to learn about the threats, learn how to neutralize
these threats whether theyâre economic, physical or political. Understanding
the mechanics of a situation and having the knowledge and decision making
capacity to adapt is what is required.

Take the current recession. Neither the doctrine of austerity nor
increasing public spending are solutions.

What we need is a reduction of wastage in public services, removal of over
paid under worked administrative functions, removal of ideological nonsense
services that pander to emotions like overseas aid, diversity outreach,
etc.

Reject mass immigration of unskilled workers but cherry pick the best and
learn from them and aim to identify skills gaps & train the domestic work
force in these skills we had to import so we can in future fill that position
from our children who will need jobs.

Embrace good ideas from abroad, mimic successful responses and reject
failed policies. Just borrowing more or just cutting spending will both fail.
It is obvious to everyone yet our politicians are just going through the
motions based on their economic flavor.

When you remove the political systems and simply think about solutions to
problems and steer the economy for short term gain and long term benefit of
all citizens.

Eg. Higher tax rate â the purpose is to fund the government via income tax.
If raising the rate, means less total tax paid to HMRC and lowering the rate
will bring a higher total nationally then this is an improvement. It should
not be emotionally driven by the need to tax the wealthy more. In an ideal
world taxation could be a moral crusade but in ethereal world where the
government needs to fund teachers, doctors, police and nursing homes I prefer
the solution that provides the best total tax.

I would rather there was medicine for patients than some commie was feeling
good about the ethical balance of taxation policy.