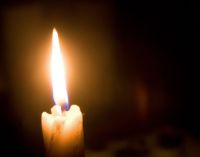 Tonight at half past eight is the start of Earth Hour. This is the hour when the Earth should be given some priority in peopleâs minds. Or at least that is what the greenies say. Myself, I say it should be an hour when you celebrate the ingenuity of the human mind.

What Earth Hour is all about is the turning off of electrical equipment for a token one hour. Doing this is supposed to show that everyone is taking a stand on global warming climate change and is part of the fight to lower the worldâs CO2 output.

But the thing is is that electricity is one of the greatest inventions of the modern world. It has liberated women from being tied to the kitchen all day through the electrical appliances that allow the preparation of food to be done more quickly and easily. It has got children out of doing menial labour so that they can go to school and be educated. Electricity is used by businesses to create all the things that allow us to do more and more in our lives.

If you want to see what a life without electricity is like go to a recent natural disaster zone like Japan or Haiti. There you will see how human has to live when cheap plentiful electricity is not available.

Turning off the lights for an hour is nice but it is only possible because electricity has allowed people to live healthy lives such that the loss of it for an hour doesnât make any difference. In fact it doesnât even make any difference to the CO2 output of the world. Why is that? Because before the hour starts many people will quickly do all the jobs that they need to do which arenât possible without electricity and then when they switch the power back on, they will catch up on the jobs that they didnât do during the hour. And then there are the candles that will be lit for light during the hour. These alone will produce so more CO2 than saved by turning off the lights in the home.

Earth Hour is all about ignorance, poverty and backwardness. Celebrate Human Achievement Hour instead.

Thank God I managed to avoid accidentally observing this by getting home in
time and switching some lights on.

âBefore you call me a bigot, look broadly at the evidence. Not the
propaganda.â

I wouldnât dream of calling you a bigot â thatâs the point. And as I wrote,
science agrees about climate change, just not the causes â natural or
otherwise.
As an engineer, I agree totally that windmills are the least
efficient form of power production and a blight on the landscape. Iâve seen
the ones in Cornwall, and here in France they seem to grow overnight â theyâre
so PC they make my eyes bleed. A case of bandwagonism not backed up by a lot
of thought.

It might not be popular with the Landlady, but I think youâll find
that
the majority of climatologists are in complete agreement about
Global
Warming. The only thing they disagree about â to a certain
extent â are the
dynamics of cause (natural/man made/both) and the
solutions both for the
short and long term.
If it pleases people to rearrange the deck chairs on
the Titanic, or even believe that the Earth is flat, or even call the problem
Climate Change then so be it, the end result is the same. Plus Ã§a
changeâ¦..
Reading some of the comments here, I had a flashback to the
Harryâs Place Blog where any opinion is immediately sectioned into
Left/Right/Liberal/Commie Bastard or worst of all Anti-Semite, whether true or
not.
I am not a Peruvian catâs testicle smoking eco nut. Just someone who
gives more than a moment of knee-jerk bilious shite, to consider that these
âwatermelonsâ might actually give a toss, or even be right.
While I sit
here drinking my nitrates, female hormone polluted tea, thinking about the
radiation fallout found from the local nuclear power station, I like to ponder
these things.

The climate has been changing, one way or another, for about four billion
years or so. Itâs not going to stop changing just because weâve started
studying it. In recent times, we know that climate was warmer than it is now
during the roman occupation (they had vineyards in Northumberland), cooled
down during the Dark Ages, warmed up again around the time of the Normans,
cooled again in the middle of the last millenium (ice fairs on the Thames up
till 1803) and is now warming up a bit. If it follows that trend (if) then
itâll warm up for about 150-200 years, level off, and cool down again around
the mid to late part of this millenium.

As to how the climate works â nobody knows. There is no set of
mathematical equations that explain and predict the interactions of cause
and effect. Weâre not even sure what some of the causes are, yet. A lot of
decent people are gathering data, formulating theories, analysing evidence.
But they havenât reached a firm conclusion. They are not even near it, so
far as we know.

One of the âtheoriesâ put forward is that Carbon Dioxide is a major
driver of events. There now seems to be little evidence to support this
theory, and a growing body of evidence that suggests that whilst it may be a
factor, it is not a highly significant one. Before you call me a bigot, look
broadly at the evidence. Not the propaganda.

Nobody knows what the climate is going to do over the next decade, never
mind the next century or so. Anybody making statements like âClimate will
warm by 3 degrees celcius over the next centuryâ does not understand what
theyâre talking about. Given that level of uncertainty, I am damn well not
going to run round waving my arms about and screaming that weâre all going
to fry in a sea of melting polar bears. When people want to extort my
hard-earned in taxes to pay for bloody useless windmills, I damn will will
resent it, and say so. (Being an engineer, I do know just how damn useless
windmills are at generating electricity, compared to almost all the
alternatives.)

Engineer seems about rightâ the green Naziâs are conning us

Just to keep up with the spirit of the time I started the five other
desktop computers then started the two spare servers and the storage array. I
even did some cooking which required the electric oven to be on as well as the
use of several electrical appliances.

I did think about doing some arc welding but Iâd lent my work lights to a
friend so that was out.

The thing I donât understand with the watermelons (green outside but red
all through) is their acting like two short planks, or does being green
require that one forgets how to think.

Typing this half-way through âEarth Hourâ, cigarette smouldering sensuously
between my lips, the gentle glow of the central heating in the background,
whole estate beautifully illuminated by a range of halogen lights, all
accompanied by the soothing hum of the meter-disc whizzing round somewhere
under the stairs, I just remembered how cool it is outside, so Iâll have to
nip out and light the patio heaters, just to keep those somewhere else polar
bears interested.
Cleavage Day was even more fun.

Not only will I make sure everything is on but I will smoke a cigarette and
have a glass of wine too. If I can find something totally non PC to eat I will
have that as well.

Carol42
Have that cigarette, have a glass of wine and give the local
Kebab House a call! Now chill out forget about nasty politicians and enjoy
earth hour properlyâ a celebration of human acheivement

How about enjoying a hot pasty?

Thing is the Kebab will have VAT on itâ but the pasty may
not
George is right on this , but it is a lot of wrangling over
VAT.
A small fish & chip shop/ burger bar/ kebab shop should
charge VAT on all hot foodâ ( provided their turnover is over the VAT
threshold) but large chains and shops are not paying VAT becuase of
previous rulings on hot food such as pasties.
Not much fun for the
small retailer , VAT man on his back wanting his 20% , large company
says fuck it we aint paying

âIt has got children out of doing menial labour so that they can go to
school and be educated. â

It has done away with chimneys and left thousands of children with nothing
better to do than go to school.

Iâd guess environmentalists donât expect âEarth Hourâ to make a big
difference any more than Wonderbra expected people to literally celebrate
National Cleavage Day. Itâs an attempt to promote their cause; not make an
instant difference. So, whether or not people abstain from the TV for sixty
minutes of reading they might be more inclined to, say, remember to switch
lights off, or shut their computers down when finished. Ultimately, it gets
people talking. Like, er â us.

A complete and utter waste of fecking time. All the peak power generators
will still be on standby for an hour waiting for the inevitable Power Grid
spike for when a couple of thousand ecoloons switch the kettle on to boil
their brew of Peruvian catâs testicles or whatever, just like a normal evening
when the ITV ads start after the first break of Corrie.

Ecoloons: learn â it takes a few hours to start up a power station to
spinning standby â they are not going to be switched off in your global
display of idiocy.

You know whatâs going to happen, donât you? All those virtuous greenies
will be tweeting and emailing each other congratulating themselves on being
progressive for most of the hour. Then, when the hourâs over, theyâll recharge
the batteriesâ¦.

One hour is not long enough to turn off any oil or coal-powered generation
capacity. And if people do their tasks as you suggest beforehand, the
increased demand will cause more generating capacity to be brought online from
standby mode, releasing more lovely CO2 to cope with the peak. So itâs all
good news for plant growth, but mis-targeted idiocy from the Greens.

Iâm going to start early and switch everything on right now. Thatâll give
the energy-saving bulbs just enough time to warm up and give a bit of
light.

Thanks for that bit of info.
At the appropriate hour, I shall make sure
that all the lights are on, along with the dishwasher and washing machine,
plus any other appliance I can rope in. Lets show these greeny nazis that we
donât give a damn about their save the Earth propaganda

Its a bit cooler tonight , might put the 3500 watt fan heater to boost
the heating.
Just blown one of my HIFI speaker so cant have that on as
well

I hope they choke on thier museliâ OMG is that some sort of hate speechâ
will I have the Bluebottles round in a few minutes.

If you dont hear from me for monthsâ they got me