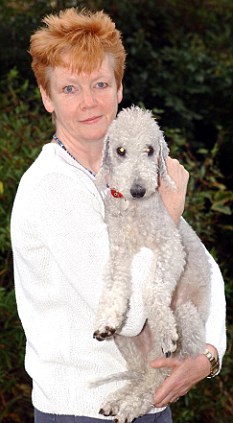 Just as councils across the land are implored to become anally retentive of hard pressed ratepayers money, comes news that Islington Council is to splatter a quarter of a million quid collecting abandoned turds.

A lucky 22 individuals have been granted 12 weeks work chasing after the ‘progressive’ citizens of Islington and charging them £80 quid each to clean up after their dog’s morning ablutions. With the necessary Diversity Officer’s, Health and Safety Executives on stand by, and Outreach workers to counsel Poodle owners who think they have been picked on because of their sexual preferences, this enterprise will come to a grand total of £240,000.

Cllr Paul Smith, Islington Council’s executive member for the environment, boasts that this will be the largest collection of dog turds in the country.

The 22 lucky individuals waiting patiently behind Fido’s backside will have to do so 1,000 times each month to recover the costs of this exercise. 250 times a week. 11 turds each a week, 2 a day, will Fido be able to keep this up?

Cllr Terry Stacy, leader of the Liberal Democrats group, said: “This crackdown is welcome and well overdue, but how sustainable is it going to be in the present economic climate?”

I guess that will depend on what you feed Fido?

Rumours that Vera bared her dog’s backside at the inaugural ceremony are unfounded.

Here is an interesting thought

Is that the one with the small plastic bags in it?

Oi! Vera! Pick up that poo!
It’s the very least you can do
When your
pedigree mutt
Empties its gut
Near King’s Cross or at Waterloo.

We are trying to fight back.

Speaking of which, what happened to the Wirral Groan?

This is the same economic thinking as led HMRC to spend £8million trying to
recover tax from Harry Redknapp’s alleged £100,000 bung.

No wonder the economy is up shit creek.

More seriously, I don’t like seeing dog turds everywhere, and I support
fining owners of dogs that leave them lying around. Not sure about paying
extra council tax though. Isn’t it simply illegal to allow your dog to foul a
public area? I thought that law enforcememnt was paid for elsewhere, or am I
misinformed?

OK. A lot of fun and maybe Islington council lacks a sense of
proportion.

Monday this week I found a dog turd on my dear wife’s grave.

Just what do the dog emptiers think gives them the right to behave like
this? On local footpaths some pick up some don’t. Some hang the bags in the
bushes because they are much too nice to carry them to the bins or take them
home.
Last summer on a fine morning I walked around Cissbury Ring. The
stench from the masses of dog turds was overpowering.

I’ve no problem with dogs, just some owners.

Definitely not jobs for East Europeans – you can’t Polish a turd.

What goes around comes around.
In Victorian London there were “pure ”
workers, who made their living picking up pure from wherever they could and
selling it to tanners.
Nowadays the tanners don’t get the product ( and
likely have been chased out on environmental grounds) so the public has to pay
for the “pure”.

@Pat – In the 60s I worked in the technical Labs of a group of tanneries,
and discovered why many such factories were in ‘hunting country’ – they
purchased used kennel bedding and floor sweepings.
In towns it was
possible earn a living (!) as a self-employed ‘poop-scooper’

The “Pure” was used to soak un-tanned hides to soften them. Right next
door to the one I worked in was a large area of water-cress beds.
Upstream.

By then ‘Pure’ had been largely replaced by extracting the enzymes needed
from waste in the production of Insulin using cattle pancreas. Now it’s
synthetic.

Do they do laxative chocolate for dogs?

Don’t know, but I do know that the human version works well on them.. In
another life I was stationed at a remote army base in Norfolk. The were only
10 of us based there. The captain in charge of the camp was from the
Household Cavalry (Donkey wallopers). He was a b*stard. One day he decided
that due to an “incident’ in a local pub the night before, he would put the
camp ‘on the gate’. This in civvy terms means that no-one was allowed to
leave camp.

The capt would swan about in his new VW golf convertible, with the roof
down, his faithful black lab ‘Tommy’ sitting up front resplendent in a WWII
style flying hat. A guardsman who will go unnamed , decided revenge was in
order. ‘Tommy’, being a greedy dog, wolfed down the chocolate laxative given
to him on the sly.

There was much hidden mirth later that day when the capt was seen
sponging the watery shit off the plush white leather seats and thick shag
pile carpets of his beloved car, while ‘Tommy’ lurked in the background.

With a face like a dog’s arse, all she needed t do was show up.

Actually, my dog has a very pretty arse.

I can imagine the protest chants now – to the ‘tune’ of no ifs’s no buts,
no public sector cuts…… the new one will sound like this……council, you fools,
I aint picking up no stools.

Excellent….. you do have to wonder how these pooches will react to
strange people pouncing on their poo. I hope the council is fully insured!
Dog-bite claims-r-us……..

Just getting my coat…….

You just couldn’t resist the siren callof that double ‘oo’ could you?

I predict a few masterpieces coming our way from the usual limerick
suspects….

Brilliant – and to think the ‘workfare squad’ were complaining about
being forced to stack shelves at Tesco’s…..

I don’t know if I should laugh at the stupidity or cry at the waste of
money.

Are they going to put this “largest collection of dog turds” on display,
all neatly preserved in their little plastic bags?

‘They’ could call the museum “Turd Hall” then Cllr Paul Smith could become
the first “Turd of Turd Hall”.