Is there any reputation so putrid, so tarnished, that it cannot be further damaged? Gordon Brown excepted, I suspect not.

A boulder has been pushed away from the cave into which the poor old News of the World retired, along with some 300 decent men and women, and the brand is once again brandishing its red top arrogance on-line. The perils of not registering all the possible domain names. newsoftheworldonline.eu

Whatever the sins of the old smudges and scribblers who toiled in its bowels, they would be hard pushed to match the reputations of their editorial replacements in this reincarnation. Believe me, I shall save the best for lastâ¦

I was so stunned at what I was looking at, that I rang some of the âadvertisersâ that appeared to be financially supporting this enterprise. Le Caprice? The Ivy Restaurant? The Cambridge Union Society? These are respectable outfits with faultless reputations, what on earth were they doing putting money into this shambles?

Needless to say, they were as shocked as I was. They are not paying for any advertising, had no idea that they were advertising and thus lending a veneer of respectability to the rag. A spokesman for Caprice Holdings said: âI can confirm that Caprice Holdingsâ restaurants do not advertise on this site.â No doubt they will be taking their own course of action.

âWe deliver news to our readers we do not create news!â says the banner heading. Not quite true, my lovelies. A quick glance at some of the âcontributing editorsâ reveals a catalogue of names that could have come from the pages of Slipper of the Yardâs autobiography. Letâs see, thereâsâ¦ 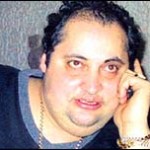 Or Jim Connor, âsports editorâ â surely no relation to the paedophile Jim Connor languishing in a Romanian jail, couldnât be! There are a lot of âfacesâ that look like that in Scotland, all those deep fried Mars bars I guess.

Or Ian Strachan, âroyal correspondentâ who looks remarkably like the Ian Strachan best remembered for trying to blackmail the royal family.

Even the legal advisers find it difficult to stay out of Jail. Simon Jowett â âcontributing editor legal affairsâ hit the headlines when he was locked up after a minor altercation at Brixton Prison. Simon Jowett? Of course, part of Ronnie Biggâs defence team, that will explain another trusted reporter on the paperâ¦.

Michael Biggs. Son of Ronnie. No more need be said.

Surely the âcontributing editor security and diplomatic affairsâ will not turn out to be involved in curious goings on? *Sighs* Step forward Robert Eringer. Sheesh! 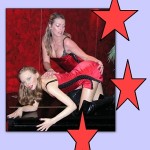 Then we have Victoria Cluskey, otherwise known as âMaybe Gagaâ not for her mental health issues, but her frequent appearances as a faux Lady Gaga. When not appearing as a Counterfeit Kyle Minogue.

Or Tricia Walsh-Smith, memorably described by her divorce judge as having conducted âa calculated and callous campaign to embarrass and humiliate her husbandâ â that was her embarrassing YouTube efforts, not writing for âThe News of the World Onlineâ by the way. That embarrassment occurred some years later.

All busily scribbling away in support of CEO â one Giovanni di Stefano. Name ring a bell? Yes, that Giovanni di Stefano, one of Saddam Husseinâs legal team â and Slobodan Milosevic; shall I throw in Harold Shipman and Gary Glitterâs legal adviser for good measure? I quite forgot, Ronnie Biggs too. Despite apparently claiming that he was a qualified Italian lawyer and thus defrauding Paula Gregory-Dade out of Â£120,000, and (I havenât anywhere near finished!) âabusing his position as a legal advisor to Stafford William Gillies Freeborn and Alberto and Linda Sgoluppiâ.

Then there is the small matter of Prosecutors alleging that he stole a convertible BMW 325i from BMW Financial Services and dishonestly acquired Â£83,000. It is also claimed he had access to criminal proceeds of more than Â£70,000 in a Lloyds TSB account.

And I still havenât mentioned that he is also charged with pocketing Â£10,000 from Christine Smith to represent her husband Michael at a sentencing hearing in December 2005 and during his subsequent appeal against conviction nor that he is said to have attempted to pocket â¬10,000 from a Laurent Penchef in the same way.

Naturally they have a book serialisation, as every paper should have, and what do they chose? The tome by discredited and convicted perjurer and ex-policeman, GonÃ§alo Amaral, âThe Forbidden Investigationâ â his account of the shambolic investigation he headed for a brief five months into the disappearance of Madeleine McCann. What else?

*Update* Mr Di Stefano has now removed himself to a new web site – where he is happily claiming to have ‘told the world first‘ – ahead of the Exposure documentary on Jimmy Savile.

Bravo, and what a joy to read on a damp Monday morning.

What a bunch! But then would it not be a good idea to have a genuinely relaunched News of The Screws which would just that; dedicated to the tawdry and tacky? There has been a distinct lack of the tawdry to go with my Allegri’s Miserere, organic wheatgrass power juice, Duchy sausages and skinny decaf latte and Sunday Times of a weekend. I really miss headlines which feature the word “bedded” invariably followed by some improbable multipier, and of course the sacred mantra “suddenly I found myself naked in his arms”. Rod Liddle does his best, poor man, but he just cant quite cut it.
Of course this may all be a craving with a dark Fraudian subtext!
G the M

Romp. It’ll be years before we see that word again.

I really don’t know where you dig this stuff up, Anna; but the good news is that if all these dreadful people can now be found in the same place, then it’s surely time to call in an air-strike; a few minutes’ worth of unpleasantness (involving copious amounts of napalm) and – we are done!

Sorry, I can’t agree about napalm (not that we ever had any of course, we had liquid chemical bombs). Might I suggest a ‘Bake and Shake’ where fragmentation bombs are used in conjunction with the said liquid chemical er devices?

Rupert needs to act and fastâ¦

He needs to close down the News of the World, before it tarnishes News International’s reputation.

Maybe Rupert knows and it’s a good way to divert responsibility? Wasn’t us m’lord, it must have been those imposters.

Is there any reputation so putrid, so tarnished, that it cannot be further damaged?

I have not looked at the site but the cast list suggests it is a rather elaborate joke.

Looks like he hasnt paid his staff and they have reclaimed the site!!! Read this….