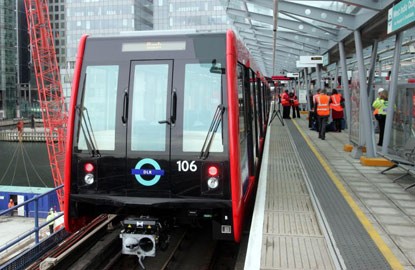 In my good friend Dr. Fraud’s Psychotic Wagehike Development theory, which extrapolated his Bonus Envy thesis, the ‘too late to cancel’ stage (approximately 3.5 to 6 months before the Olympics are held) is the first period of development in which the Union focus is primarily on the wallet area.

Prior to this stage, the Grabitformedido (broadly defined by Fraud as the primary motivating energy force within the mind) focuses on other physiological areas. For instance, in the oratory stage, Grabitformedido tends to concentrate on the desire to strike, boycott, and threaten to work-to-rule.

The theory suggests that the Bonus becomes the organ of principal interest to all classes in the ‘too late to cancel’ stage. This becomes the catalyst for a series of pivotal events in wage-hike development. These events, known as the ‘Obscene Bonus’ for Bankers, and the ‘Ground Breaking deal’ for Union members, result in significantly different outcomes for each category because of differences in media coverage.

Thus Stephen Hester’s £963,000 share bonus on top of his £1.2 million annual salary – an increase of 80% – is an ‘obscene bonus’ for merely taking over the running of a complicated and near bankrupt banking system.

Whereas, pro rata, Bob Crow’s Train drivers, driving fully automated trains, receiving an extra £2,500 for the three weeks of the games – an increase of 120% – becomes:

“a truly groundbreaking deal raising the bar in the industry and putting £2,500 in our members’ pockets as a reward for the extra workload and pressure they will carry throughout the Olympic and Paralympics period. The deal also reflects the hard work of our negotiating team and shows yet again the organising strategy of the RMT delivers the best pay and conditions time and time again.”

Fraudian theory is a wonderful way in which to view these apparent discrepancies.

Mick – I’ve been wanting to tell you this for ages but the time never
seemed right until now:

That our Mick is a mixed race child is idiosyncratically self-evident.
Vogon genes have always drangled him hooptiously, rendering him immune to
the high toxicity of alien verse but your caution and concern are much
appreciated, Gloria.

I object very strongly to anyone getting a bonus, mainly because I’ve got
no chance of getting any such thing.

In France now it’s time for reflection
On a probable change of
direction.
Who’d have thought in our backyard
A diminutive
Magyar’d
Be about to concede an election?

Please, Miss, can I have a bonus? Everybody else has got one….

S’il vous plaît, mademoiselle – I don’t get it.

I’ve no flair for language, it’s true
And I don’t speak much
French (unlike you):
I’m a dim monoglot
Who clearly knew not
To
type in not one ‘N’ but two.

I’m never too sure where or when
To shove in that extra French
‘N’;
And that damned circumflex
Simply serves to perplex
Me
over and over again.

But I vow that now I will tussle
With French; flex my cranial
muscle,
Hone my genders and cases
Without pulling faces,
And
hope that the whole bloomin’ fuss’ll …

P.S. chlamydomonas = green slime, hypertonus = muscle-tone, so no
digs there, then!

At this time of year, it’s hard to resist three French Ns,
though.

Zut alors! We’re under the onus
To ‘comprend’ how the French
pronounce ‘bonus’!
But I don’t have the fare
For a French
Dictionaire
And I don’t suppose Hester will loan us …

…although dictionnaire has two Ns so please clone us!

Well, it took a while, but it’s finally dawned.

Beat me over the head with a pick-axe handle whilst yelling down my
earhole at the top of your voice, and my over-sprained brain-cell will
latch onto almost anything eventually. On a good day.

It’s your own fault for living somewhere nice and having a proper
job.