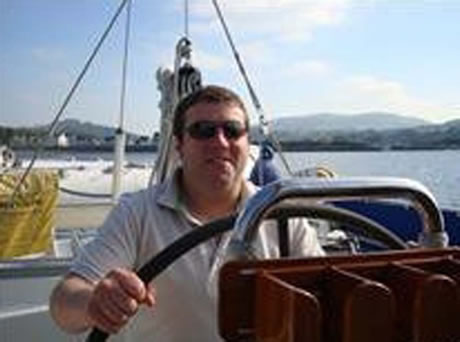 Labour’s publicity sous-chef, Kenny Young, expert on all matters Glaswegian, must be whistling softly through his teeth this morning. A narrow escape.

In the early hours of this morning, just 500 yards from Miliband’s speech venue today, that rising star of transparency, fairness, and equality for all, Steven Purcell, was celebrating the news he would not face charges over claims of cronyism and drug abuse. The Crown Office announced on January 20 there was “insufficient evidence of criminality at this time” in Purcell’s case and “no further action is currently appropriate”.

Being the ‘misunderstood’ soul that he is, Steven celebrated this with 50 friends at the expensive Lorne Hotel in Glasgow’s West End. The night ended, as it often does with Steven, with an ‘emotional speech’ where he claimed to be a drama queen. He then left to continue the celebrations with an unnamed man in his bachelor flat. Things got out of hand, and by 5.30am, both men were claiming to have been assaulted. Neither man needed hospital attention, despite an ambulance being called.

At 7.30 this morning he was wandering ‘tired and with sunken eyes’, like the ghost of Glasgow past, towards the scene of Miliband’s hoped for triumph today.

He checked into a rehab clinic, then went to Australia and Ireland, where he admitted in an interview to taking cocaine and having a serious booze problem.

No surprise we are hearing so little about this in Scotland. The BBC
Glasgow, Labour Party in West Scotland, major MSM Journalists are in an
incestuous relationship.

Today’s main news we are getting from BBC Scotland is that Northern Irish
may start killing themselves again if Scots become independent & Tommy
Sheridan has been released from Jail and being a criminal he supports
independence.

the labour council may have got its head down since Mr Snort and Sniff
above got himself bagged but glasgow is still one of the most corrupt councils
in the UK.

See next time when you rip off copy from newspaper websites and re-write in
a sneery and knowing manner, pretending it’s you own work? Well, at least copy
correctly. The incidents you refer to happened on Saturday night into Sunday
morning. The photo you refer to with the “tired and sunken eyes” description
was taken by the Daily Record (whose words you stole) at 7.30pm Sunday, not
AM, which was when Purcell left the police station. The Lorne Hotel is two
miles from where Miliband was. Thank god for bloggers eh

So in your version Purcell didn’t do anything then? He’s a perfectly
normal law-abiding citizen?

Nope. A few minor inaccuracies do not invalidate the facts – Purcell was
arrested after a night on the razzle celebrating a very, very lucky escape
from the claws of justice……….as scum-bag politicos often do.

Nope. A few minor inaccuracies do not invalidate the fact that Purcell
brings shame on Scottish politics…………not an easy task given the extent of
Scottish Labour’s crimes and calumnies, and individuals’ thick skins.

Dear Actual Reporter – that is why there is a link to the journalist’s
original work. It’s called accreditation.
Not something the main stream
media seem to know anything about, given the number of times I’ve had my
original work ripped off by them – with no link. I didn’t refer to a photo,
I put the words ‘tired etc’. in quotes to indicate that I was using someone
else’s words – and gave the man a link to show it. Pity you lot can’t adhere
to the same good manners.

A coke snorting corrupt ex politician got arrested – that’s not in
dispute, so maybe you should tone down the snearing yourself.

There is no Castlerigg in Glasgow. Perhaps you mean Candleriggs, seeing as
Millipede was at the City Halls – often called the Merchant City now that
Goldbergs is no more. I know the Lorne hotel – more famous for its singles
club and Irish band weekends in my youth than for being pricey ( its only 3
stars I think ) – I didnt know it had reopened. But theres no place I know
called Castlerigg. I d say the Lorne was about 1 1/2 miles from the City
Halls. Factual errors of this magnitude have me wondering if it is the Times
Im reading.

Only Castlerigg I can think of is near Keswick and has a very nicely
situated stone circle.

Thank you davidb – spellchecker at work again, it was Candleriggss, which
Glasgow tourist office informed me (and helpfully sent me a map) was 500
meters from the Lorne Hotel.

The tourist board are not reliable. I once tried to obtain a hotel on
Mull close to Tobermory. They suggested one 20 miles away, which wouldnt
seem too distant, but my previous local knowledge told me it was a good
hour since the roads are single track affairs with passing places. They
perhaps thought you were going to be staying in town ( to hear the dulcet
nasals of Ed? ). ViaMichelin is good for distances. Actually they go by a
route that none of our taxi drivers would take and give it 3 miles. A more
direct route is nearer 1.9 miles. Do please visit Glasgow, its a lovely
old Victorian city despite the ravages of socialist planning, and there
are frequent festivals going on to compliment the excellent shopping and
sightseeing.

Im impressed at the lengths you did go to find out the distance. I
thought journos just relied on Wikipedia.

Not where I’d choose to go for a pint. Not just ex politocos that hang out
there.

It all speaks for itself, doesn’t it? Sic transit gloria mundi.