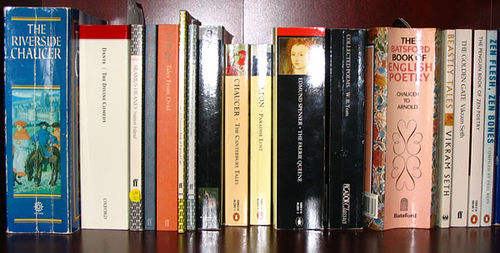 In the NHS, we face a conflict of interest
No pilot studies from a market fundamentalist
Losing all the benefits of aggregate demand to the invisible hand
At least one company can’t procure and provide at the same time
Oh wait, they can
Don’t be surprised by the quality of fake hips
Competition reminiscent of the Scottish Premiership
Clegg thinks his grandfather would vote yes
I think he’d probably be on Bupa’s much shorter waiting list
Shorter now that they can use half the public beds, but I digress
The point I’m trying to make is that there’s a conflict of interest

You want a crime commissioner?
You think they’re gonna listen to ya?
You think they won’t use propaganda on the villagers?
Utilitarian policing is the intent
No incentive to represent the 49%
Consider turnout in Hackney and then you’ll understand
Why in London they’ll reject east for west like Ayn Rand
BNP candidates, to whom are they accountable?
Just to the racist motherfuckers that made this possible
Which unlucky group will be the next scapegoat?
Turned into an urban myth overnight like Raul Moat
It won’t make a difference to the CPS
They’ll process the victims of these conflicting interests

Maybe look at the financial system
If you want to see the ability of corruption to yield a lot of victims
S&P rate Greek bonds on the trading floor
Next assignment, short sell them even more
How can they say that it’s ok to profit either way?
A David and Goliath story that will never see the light of day
Still, Greece feels the pain of slavery like Monrovia
As the reins remain at the feet of the Troika
It’s a forced takeover like Wells Fargo and Wachovia
You still got assets? Then it’s not over yet
Seriously
It’s not just me
The ECB need to put away the handcuffs and stay off the PCP
Still, they’ve got the backing of the fourth estate
Sustaining what appears to be a conflict of interest rates

I’m not playing a financial instrument
No derivatives or appellants
I’m not in the housing market, which requires better judgement
Turn the clock back to 2004
House prices higher than anybody could afford
Got a cash injection, an enormous loan
110% subprime methadone
It’s no surprise that after a rise
The bubble will burst, with a subsequent price demise
Now your house is worth less than what you owe
An inconvenient time for your job to go to Mexico
CDO, there you go, it’s their M.O.
And now they’re cleaning up like Tony Drago
So now you see why you and me
Can’t trust the banks with impartiality
And it’s no different with elected representatives
For the next campaign I’m donating sedatives
There’s a revolving door between the banks and the democratic process
And this lament makes no dent in the current extent of such conflicts of interest.

Modern day, hyper-realistic lament,
Of our burdens, the sorry
testament!
Should we continue to suffer that scourge
And walk to the
beat of our early dirge,
Or fight these underhanded conflicts of
interest
With the thunder of humanitarian unrest?