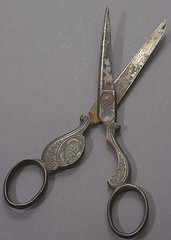 Ah, those terrible cuts! We have protests, we have rage, we have the incomprehensible irony of people occupying public spaces against global capitalism, while yakking on their spanking new iPhone 4S’s and sipping a Starbucks decaf skinny vanilla cappucino. And we have people complaining bitterly that their sense of egregious entitlement is being attacked by unfeeling, heartless Tories.

Labour are crowing about the violent cuts and rubbing their hands at the misery they caused being blamed on the Tories. The Lib Dems are complaining like stuck pigs from both of their faces.

There is actually a claim that the country’s largest employer by a country mile may actually be shedding 0.1% of the dross and and makeweights that we’re paying so generously for.

So, overall, you’d think, “OK, so this is bad, but at least the country is paying off its debts and things will get better in the long run?”

In the first half of last year, when the coalition came to power, total public sector spending jumped 4.4 per cent (over £13bn) compared to the year before – even allowing for inflation. That includes other areas of expenditure, such as local government spending and state-owned corporations’ spending, not just that of central government.

This year, the first six months saw another £7.5bn nominal rise in total public sector spending (which excludes the effects of financial sector interventions). When inflation is taken into account, this does amount to a decline – of 0.43 per cent, compared to 2010.

Yes, total public sector spending, even in real terms, was just 0.43 per cent lower than last year – and still 3.9 per cent higher, in real terms, than in Labour’s final full year in power (2009).

Tax receipts are down because the economy is in the doldrums, so all that money has to come from somewhere. And it’s exceedingly ironic that despite the one justification that Cameron has for all the cuts – to reduce debt and interest payments – the Tories are actually borrowing even more money than Gordon Brown!

Because Cameron’s Tories are not in the least conservative, but the true heirs to Blair, the “cuts” are a mendacious nonsense played out in the empty rhetoric of Westminster’s professional liars, there are no real cuts, certainly nothing that is going to prevent the destruction of the pound and the economy with it.

I had hoped that by some miracle Gordon Brown would have won the last election, presiding over the economic demise of Britain would have destroyed the Labour Party completely and losing would have demolished Cameron and possibly given us the prospect of a proper “smaller government” Tory Party. It would have been unpleasant and painful, but the at least proper economic recovery would have begun. All this “stimulus” and “quantitative easing” is simply delaying the inevitable and the longer its delayed, the more painful the eventual correction is going to be.

British people (and people around the world) are in serious denial. There is a massive crash coming and its long overdue. All the government is doing is postponing the disaster and making the eventual recovery take longer and hurt a lot more.

Apparently, according to the local authority, if they don’t spend money on
these things then the money isn’t ‘saved’ but ‘lost’. No wonder we have a debt
crisis.

@JimS – ‘Use it or lose’ – perfectly standard financial arrangements for
ANY organisation where departments have to negotiate a ‘budget’ for
expenditure on discrete projects, or for a fixed period. A surplus remaining
unspent will; a) attract criticism for poor forecasting last time, and; a)
risk reduced allocations next time.
A wise manager will take care to
reserve some ‘contingency funds’ – but ensure they are spent in time for the
next round of discussions.
(At one time I worked for a ‘Local Authority’
where such spending had to be below a certain limit – so Highways Dept kept
a few jobs lined up for end-of-year work. – re-setting kerbs, making ‘safety
improvements’ &c – but always for very short lengths of the road.

Problem is, there is no realistic political choice. All the parties are
just exhibit slightly different nuances of the same policies. The main three
are all soft-right, europhilic, with moderate authoritarian tendencies. I had
hoped that Cameron would be more libertarian (especially with Clegg in tow),
but apart from abandoning ID cards, I see little evidence of this. I have
hopes for the Occupy movements: I don’t hope they succeed in bringing their
flawed economics to the national stage; but if they can bring about a revolt
against the three main parties, then it creates the conditions for a
libertarian movement to grow and flourish.

The sh!t really will hit the fan, especially in Australia.

I now understand why the population of these islands has been disarmed over
the past hundred years.

If he were still in charge it may still have been growing. It’s a funny old
world.

Or looked at in another way, taking a different slice of the statistics,
as soon as Gordon took office, the economy took a nose dive and only when
the calls for an election couldn’t be ignored anymore the economy started to
rise back up again. Then it went down again as the effects of GB meddling
took effect.

Now it’s true that it wasn’t all GB’s fault, but he let the banks to go
and do the naughty stuff. And he spent all the government’s (well our money
to be exact) during the good times so that there was none left to tide us
over in the lean times (and this from someone who probably read the bible as
his father was a minister in the Church of Scotland).

It was the American banks who are the root cause of the problem with
their mortgages to bankrupts but ’cause UK banks did it too it made the
problem worse. Not helped by the EU trying to prop up the Euro when it
should be a case of biting the bullet now rather than suffer a hail of
bullets later.

Polticians should learn as part of their induction that they cannot
control the market. Any meddling or attempt at control by the state always
leads to unforseen and unintented consequences.

“When Brown was booted out, our economy was growing”, probably the
effect of QE1 & the car scrappage scheme before the effects of
inflation (always a lagging number) took hold. Real GDP is calculated by
deducting inflation (hence the tendency of goverments to fiddle with
inflation calculations to flatter GDP numbers).