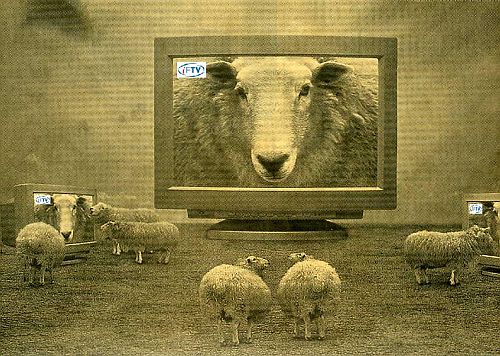 Hastings Borough Council, a Labour dominated council, are committed to “equality of opportunity” – so long as you agree with their views.

Hastings Borough Council has told the people who run the Baldslow Memorial Hall in St Leonards, East Sussex they will have to pay back the £376 they received as a charity in rate relief if they go ahead with their plans to listen to a Member of the European Parliament speak there on Sunday night.

Council leader Jeremy Birch said the local authority was “committed to equality of opportunity and to community harmony”.

“We have no intention of providing financial subsidy to those who aim to undermine these principles,”

What has so upset them?

Nick Griffin of the BNP had been invited to speak at the Hall.

Council Leader Jeremy Birch said: “We have discretion about providing an element of business rate relief to charities. Here we have a charity that is providing a platform within its community building to the national leader of a political party committed to challenging these principles.”

I don’t hold any brief for Nick Griffin either – but I am disgusted at a council seeking to financially penalise a village hall for ‘challenging’ their beliefs. What is the difference in principle between their actions and those for which Gaddaffi just lost his life?

The Labour Party are socialist fascists. And, incidentally, so are the BNP.
One would think they would get on with each other. The crux of the matter is
that Griffin is a democratically elected politician and as such is entitled to
speak when invited to do so and, without those who invited him to speak being
penalised in any way whatsoever by the authorities.

It’s those damned councillors again.
Because they’re volunteers
(‘expensed’) sometimes you get people with odd ideas.
With the help of the
local party machine you can get as your local representative a tribally
elected fool, or someone with little regard for the niceties.
I don’t
support the BNP, but Councillor Jeremy Birch is in office to represent all his
electors, not just those that agree with him. What a fool, giving free
publicity to the BNP.

Perhaps the words “loony” and “left” should start to be joined:
“loonyleft”. I despise the idiocy you describe.

Maybe if Nick Griffin has made the booking as an “EU Referendum Meeting”,
it would have been banned by Cast-Iron Dave Cameron instead.

As that DM writer put it -//One phrase used by John Thomson, deputy leader
of Wiltshire Council, particularly struck me. He said: ‘The law makes it clear
that what matters is not the intention of the person who uses the phrase but
whether anybody is offended by it.//

Funny how extreme parties do well when Labour is in government;

Obviously the Left’s equality agenda results in nothing of the sort, and in
fact worsens the quality of life and reduces opportunity for a large
proportion of blue collar and lower-middle class Britons who can’t afford
private medicine or education.

Anybody who criticises the PC agenda (ergo the Left) is viciously
attacked.

The Left’s credo is dishonest, destructive and divisive.

“What is the difference in principle between their actions and those for
which Gaddaffi just lost his life?”

I’m glad you said ‘in principle’, because the image of sunglass-wearing
heavies piling out of a Libyan Army vehicle to deliver a fine to a
dissenter was a little odd…

Still, it’s nice to think that Mr Birch might one day end up in a drainage
ditch, desperately hiding from the Baldslow Memorial Hall Irregulars!

Sic semper tyrannis, and all that…

If the BNP didn’t exist, of course the PC class would have to invent
them…

I’m never entirely clear why the Labour Party has such a negative
perception of the BNP, since the BNP is an “old-school” left-wing party that
seems to be populated by disaffected Labour Party members… oh!

//A housing manager has been demoted, and his salary slashed, after he
criticised a controversial new gay rights law.
Adrian Smith, a Christian,
was found guilty of gross misconduct by his publicly funded housing
association for saying that allowing gay weddings in churches was ‘an equality
too far’.
He posted the comment in his own time, on his personal page on
the Facebook website, which could not be read by the general public.
But
after a disciplinary hearing, he was downgraded from his £35,000-a-year
managerial job to a much less senior £21,000 post – and avoided the sack only
because of his long service.//

Mr Corfield [The manager who carried out the ‘disciplinary hearing’] said
it was not the comment but its potential misinterpretation that was at issue,
but still ruled that Mr Smith had committed a serious breach of discipline for
which he could be dismissed.

Good to hear he’s appealing. Good, because it throws up this little
wrinkle:

“Although Mr Smith was forced to undergo equality training in
2008 after a Muslim woman alleged he had not treated her fairly, his
lawyers said this was irrelevant to the current case.”

Forced indoctrination simply for an allegation? And not even a
proven one?

I’d have taken that as my cue top find another job then and there!

Chalk another one up to Griffin’s publicity machine and credibility, thanks
to the ‘no platform’ mantra of the soft-lefty mush brains. When will they
learn the best way to show him up for the thuggish numpty with the charisma of
a speak-your-race machine he is, is to engage him in debate?

Communism and totalitarianism seem to go hand in glove.

Just been to see Omid Djalili at Halifax. One of his jokes was about the
British National Party and the Scotish National Party. Why does the SNP do
better than the BNP? The SNP have Alex Salmond, a leader who swims up the
River Forth.

I think I just slaughtered one of Omid’s jokes.

Birch is a good name for a strict councillor!

Hastings is an area, probably due to the influx of immigrants, with an
above-average BNP following. This might explain the council’s sensitivity to
the issue (even though they are being predictably undemocratic about it).