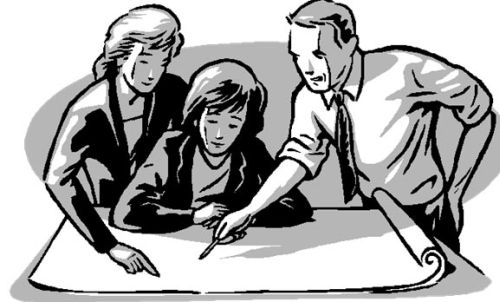 I was perusing this piece on regulation, and something familiar leaped out of the text:

The Portland area’s response to the lack of affordable housing has been the implementation of more regulation.

The current model of an intensely regulated urban sprawl has lead to massive increases in air pollution, worse use of public transport (particularly punishing the poor), massive house price inflation, tax hikes (or service cuts, or both), increased commodity prices, and open spaces (“green belt”) moved out to places where people get no benefit from them. All in all, the stated objectives of one of the most rigorously-enforced planning and zoning system in the entire US, with massive incentives thrown at said objectives in the form of tax breaks and loss-making sales of property has been completely the opposite of what was intended: better air quality, less traffic, better use of public transport, affordable housing, better quality of life and better access to “green belt” – not one of these has been achieved!

And yet the reaction of those wise, noble, kindhearted people who serve the public is: “if regulation and our wisdom has not delivered the goods, let’s make even more draconian regulation and make people’s lives more of a misery.”

Why is it that people who believe in regulation, when faced with the complete failure of regulation to deliver what is wanted and needed, will always insist that more regulation will achieve what already unpleasantly strict regulation has failed to deliver?

I believe it was a certain deputy PM (yes him) that a decade ago blustered
on about and introduced legislation for high density development, with
strictly limited parking and compulsory cycle storage, plus of course minimum
%ages of social housing.
All very commendable, but when building homes in
rural areas where there is little or no local work, those that move in find
that the car, or two cars, are essential to find work, often part time. It’s
no good the sandalled treehuggers dripping on about public transport, there
will never be an affordable system to match todays spread of work locations
and shift times.
We either need homes near work, or work near homes. Given
that even manufacturing is relatively clean these days, we could perhaps do
more along that line instead of the retail devt that obsesses local
authorities, but pays such low salaries.

Well it sure looks like they screwed up Portland, doesn’t it?

The answer to your question, is of course, “because they know
best”.
M

The only reason that people want or demand regulation, is because they see
it as a useful method for stealing other people’s property.

The core basis behind all left wing thinking is plain old envy. He’s got
stuff that I want, how can I legally steal it?

“Why is it that people who believe in regulation … will always insist that
more regulation will achieve what already unpleasantly strict regulation has
failed to deliver?”

For the same reason that, whenever Communists are asked why Communism has
never delivered prosperity, peace or happiness, will reply that it is because
its proponents didn’t go far enough, but always stopped short of implementing
true Communism. One more heave, comrades!

And the present lot of lefties, including O’Bama, are following a sub-set
of Communism called Communitarianism, or “The Third Way”, as Bliar called
it. Perhaps they think no-one will notice.
If Ed Balls ever has the
chance, he’ll go further with this ultimately destructive creed.
As Bliar
possibly said, “Regulation, regulation, regulation”.

I think you’re absolutely right – one of the lessons of the last 30 years
is that regulation simply does not work in practice. Profit seeking actors in
a market will always look for ways to circumvent it. Markets in practice
cannot be harnessed in the way that regulators optimistically imply.

If you need universal provision for something then you simply cannot rely
on a market to provide it – and as you say, regulation doesn’t help. In cases
where you want provision to be universal, state ownership is really the only
system that we’ve developed that works properly.

Compare the success of state owned council housing to something like
housing benefit and regulations in the private rented sector. Compare systems
like Pell Grants – which just inflate fees – to the European system of not
having fees at all, or centrally set fees. The same goes for healthcare,
comparing the British NHS to the regulated market in the US.

Politicians of the left have been too quick to embrace markets over the
past few decades, without really understanding them.

Of course, I’m not stupid. I know your question was meant to imply that a
non-regulated market would have been a superior alternative to a regulated
one. But unfortunately this misses the point of why only regulated markets
were acceptable in the first place – unregulated ones provide outcomes that
are simply not socially acceptable. For universal human rights – when a
society believes that everyone should have a home, everyone should have
healthcare, everyone should have a fair chance at higher education, markets
simply won’t do. Since regulated markets don’t seem to rectify the situation,
and we’ve got a historically successful alternative in state ownership of
universal services, I think the way to go is pretty obvious.

“Of course, I’m not stupid”

No regulated markets do not work only free markets work as long as they
are controlled by laws (not regulations) that ensure they operate fairly and
honestly.

State ownership of services and the means of production only ensures
inefficiency and waste and ultimately shoddy and quite often unwanted goods
and services and indifference to the customer.

As for redistribution of wealth by housing benefits etc., or council
accommodation or other welfare benefits that is dependent again on what
society can afford and so structured that it does not undermine
self-reliance and personal responsibility.