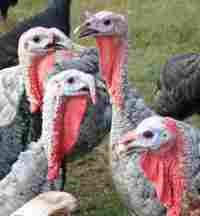 In Leeds councillors have recently rejected a vote to stop paying union “Pilgrims” over £400,000 a year. Interestingly just about all the councillors who voted to reject the motion were Labour and all were union members. None of the Conservatives or Independents voted to reject it. The resolution was proposed by Cllr Alan Lamb (Con).

Some of the Labour members came up with some pretty weird and imaginative excuses to cover the fact that paying the 15 labour conveners was not a useful use of tax payers money.

Cllr Keith Wakefield also claimed that Cllr Lamb’s resolution was “just a cynical ploy to deflect attention from Government cuts.” – and Cllr Wakefield’s pitiful excuses are ploys to deflect attention away from the monies that the council is wastefully spending on it’s cronies and friends.

Cllr Tom Leadley (Independents) questioned why, “if the arrangement was such a problem, the council’s previous Conservative-Lib/Dem administration had done nothing to end it.” to which the obvious retaliation is that until the situation was highlighted by Guido Fawkes and Jane Pilgrim (who has now been forced to do her proper job) not many people realised how much of a problem it was.

The winner of the most stupid remark of the council meeting was by Cllr Kim Groves (Lab) who said “working with 15 conveners was more productive and efficient than dealing with employees individually.” What then does the Personnel department do if the unions and union conveners are helping cut sickness and absenteeism? Why would working with 15 people spread around the council be more efficient than having a single department handling any employee issues. How do the union reps cope with the 50% of council employees who are not union members.

If the unions paid the £25K salaries of the people who work full time on the unions behalf, then the council could use the £400K to support front line staff such as nursery attendants, care workers, libraries, meals on wheels, etc. It’s obvious to a reasonable person that the Labour members of Leeds Council are therefore more interested in politics than they are with actually serving the needs of their electorate and the employees of the council.

Now it could be said that these union reps are not working full time on union issues like the infamous Jane Pilgrim. But even if they are working 50%, then the union should pay 50% of their salary.

The voting record of the council members is shown in this spreadsheet.

Traid Unions and the Labour Mafia establishment they represent extort the
public purse via the Public Sector. I am shocked…not

This should be stopped.

I’d also be interested to hear how much of this is happening around the
country? The unions should represent the workers… not be paid by the
employers. There’s so many conflicts of interest here I’m going dizzy working
them all out.

This is almost as bad as the well known story of the Longridge car factory
(Rover / Austin-Rover/British Leyland etc.) having, because of union
agreements) to employ carburetter tweakers long after they stopped fitting
carburetters to their engines.

That a council would use union reps to help manage it’s people would
suggest either incompetent staff management or councillor driven interference
in staff management. A socialist nirvana coming to you soon, we just need to
borrow/increase taxes more.
I have always thought unions important, but I
thought the idea was that the members pay, not the taxpayer.
Worth
remembering that councillors do not require any special training or
competence, and some very odd and unworldly people get elected. Unfortunately
the officers are sometimes uninspiring too and are mainly interested in
ticking boxes as required by central govt.
That’s how it is in my patch,
anyway.

It’s almost incredible that just this one council could save so much (of
what is actually direct financial support for Labour) beggars belief. There
are thousands of thes “Pilgrims” around the country – in council offices,
social services, hospitals, fire & ambulance services, etc. If all this
immoral funding ceased it would have two good effects:
1. Labour would go
(more) bankrupt without other support
2. Public services would increase
their efficiency, woefully & chronically poor compared with equivalent
private sector jobs.